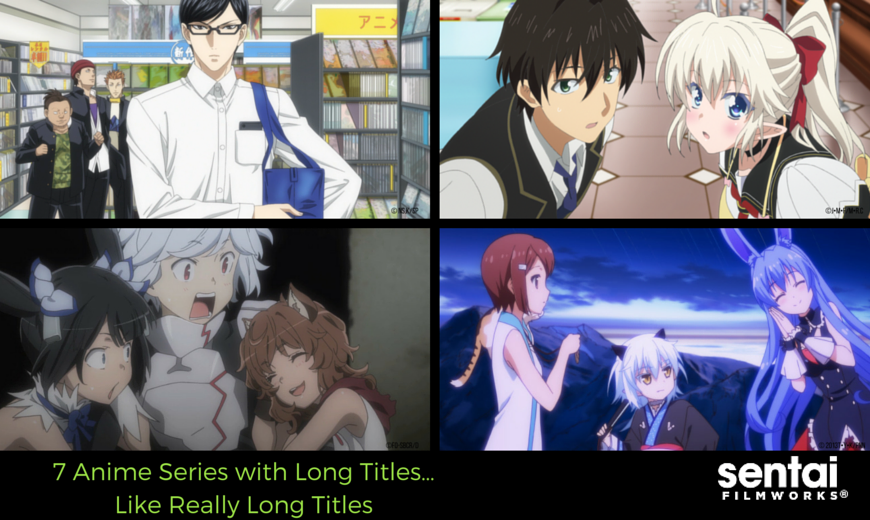 These anime titles have a specific power: demolishing your Twitter character counts! They say you can’t judge a show by it’s title alone, but does the rule apply when a title is 76 characters long? We’ve noticed a trend towards long titles as of late, and we thought we’d shine some light on what these shows were about.

WATAMOTE – No Matter How I Look At It, It’s You Guys’ Fault I’m Not Popular! 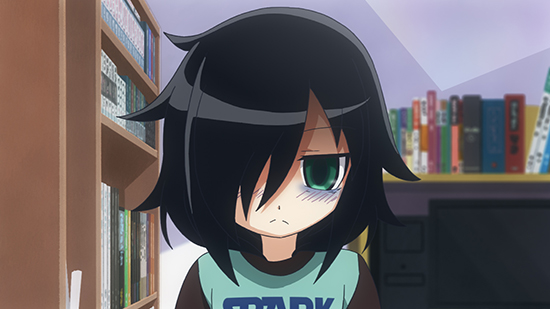 Thank goodness we can call this show “WATAMOTE” and people will STILL know what we’re talking about, so maybe she’s not as unpopular as she thinks she is! This fan favorite anime series about a hopelessly awkward girl sports an impressively long title that’s 76 characters long. This puts it at the top of our long anime title list, as well as a top favorite school comedy.

My Mental Choices Are Completely Interfering With My School Romantic Comedy 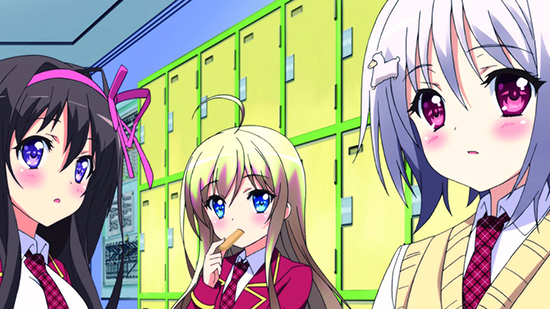 Our hero, Kanade Amakusa, suffers from a curse called “Absolute Choice.” Thanks making these “choices,” he has a tendency to spontaneously put himself in the most embarrassing and perverse situations. Our mental choice is to love this show’s unique comedy. 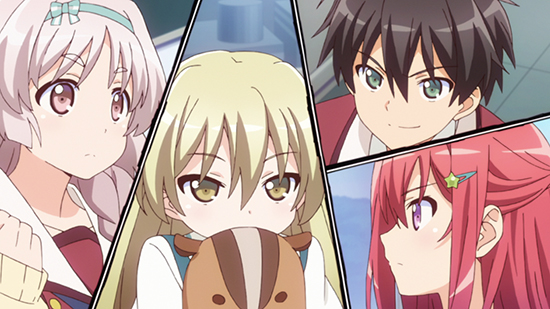 This long anime title pretty much sums up the theme of the show itself. A group of students receives supernatural powers once a day, and life proceeds… to stay almost exactly the same! Their supernatural battles involve “training” against each other, waiting for the day that they will (surely) be summoned by destiny. Maybe the next installment of the show will involve a time when supernatural battles became rare?

I Couldn’t Become a Hero, So I Reluctantly Decided to Get a Job 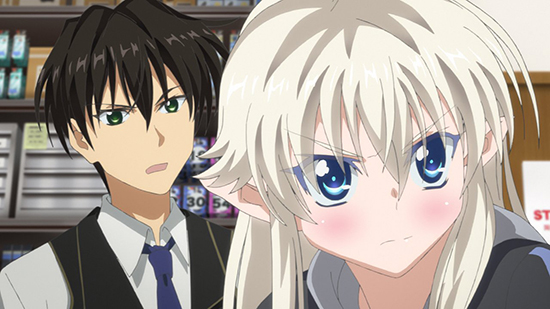 You can probably see the theme of this long-titled anime series at a glance. Raul’s dream of becoming a hero comes to an abrupt halt when the Demon Lord is defeated, and he takes up work in an electronic store to support himself. What the title DOESN’T discuss is the fact that his new retail trainee is the Demon Lord’s daughter.

Problem Children Are Coming From Another World, Aren’t They? 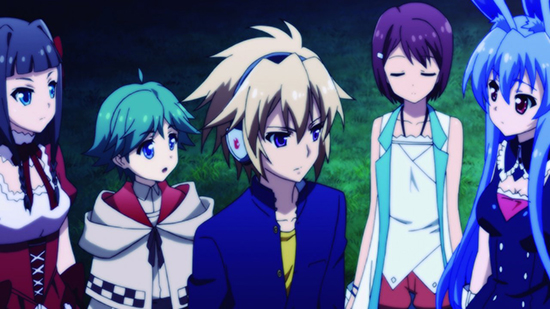 Little Garden is a magical world where gifted individuals are gathered into communities and set against each other in battles for power. The so-called “problem children” are the people brought into Little Garden by the world’s inhabitants, and the story picks up when a bunny girl brings over three gifted humans.

Is It Wrong to Try to Pick Up Girls in a Dungeon? 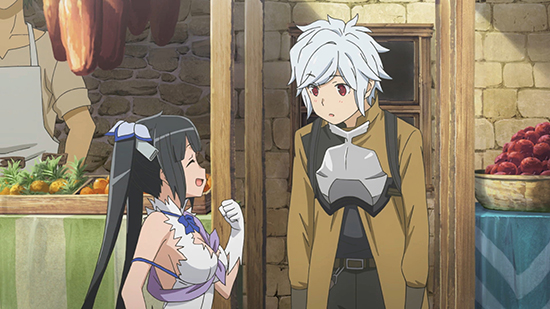 For the record: Hestia is not the “picking up girls in a dungeon”. Contrary to the theme of this title, this anime series is less about actively picking up girls, and more about a wide-eyed adventurer’s quest to become strong enough to impress a girl. The title comes from a discussion Bell Cranel has with his mysterious grandfather at the beginning of the show: the best way to meet a girl is to save her life. 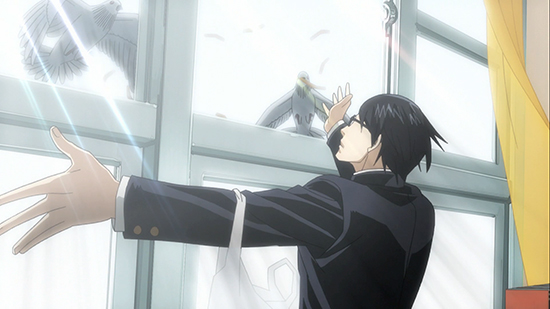 This is the shortest entry to our list with a title that reaches only 31 characters (including the question mark). This new show follows the adventures of a student so stylish, he even makes standing in the hallway look cool. It’s not that Sakamoto is trying to be swagalicious, it’s just that he’s so suave he can’t shake off the swag whether you’ve heard about him or not.

Get to Know These Entitled Titles

We’re positive we’ll see even longer titles in time. Who knows? Do you have a fun long title you’d like to share? Do you think you can make your own? (We took a stab and created “Haven’t You Heard When Problem Children Are Trying to Pick Up Girls in Food Wars School Comedy  Becomes Commonplace My Mental Choices Take Me to a Log Horizon”).