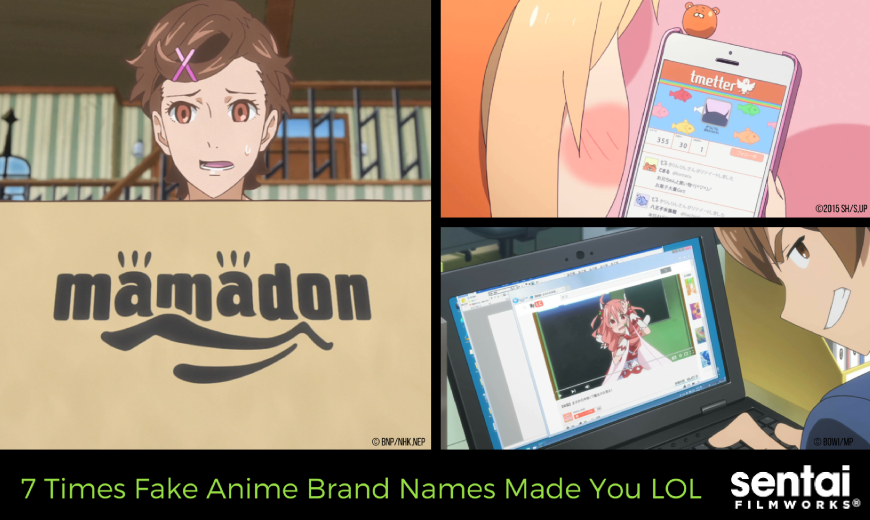 Has anyone ordered from “eMazon” lately? Anime burger chain WcDonalds aside, there are a lot of fake anime brands in our favorite series. Sometimes it’s subtle, giving you a little chuckle. Sometimes, the brand name ripoff is too hilarious not to screenshot. Here are some recent instances that we’ve discovered in our anime travels.

Bring on the Fake Anime Brands! 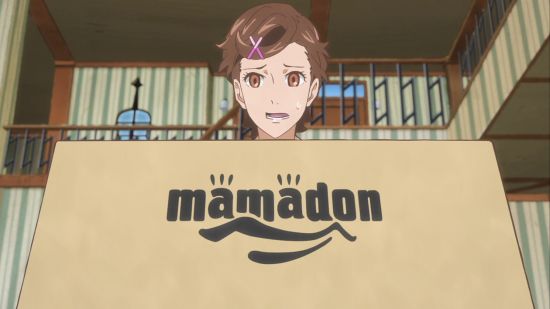 We’ve got your mammoth order from your favorite online retailer here: Mamadon! Don’t worry Kanae, we had a similar look on our faces. 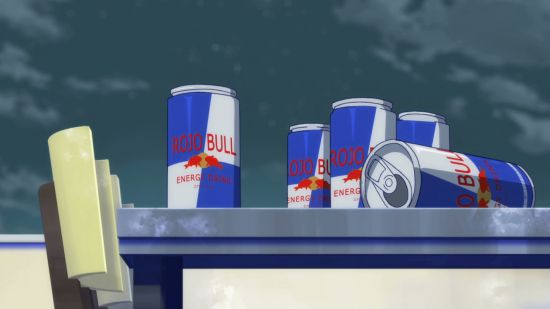 Voice acting is hard work, and the animation production folks need their energy. There’s nothing quite like a copious amount of ROJO BULL to give you wings… er… fins in this case? Good thing we took that one Spanish class! 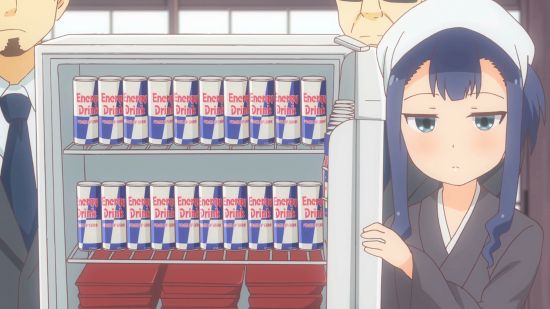 Speaking of hard work, creating your own game when you’re only in high school requires a lot of energy too! If you don’t like ROJO BULL, maybe you can consume ENERGY DRINK in bulk. 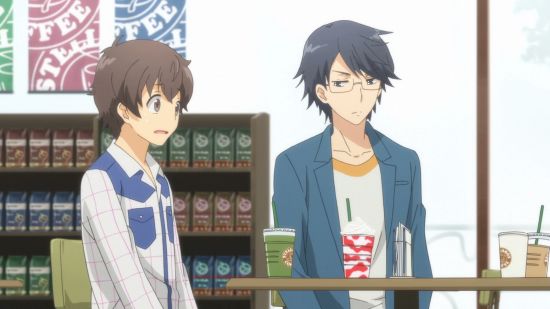 Not everyone enjoys energy drinks. Some of us prefer the taste of coffee from our favorite neighborhood coffee shop: Stella Bucks! No copyright infringement here at all. 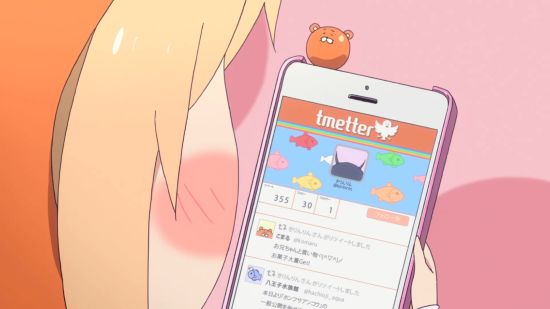 Between Umaru-chan’s “Zonama”, “Cola”, and “Bringles”, is one of our favorite social media brands: TMEETER. It’s a real-time social media application with a bird as an icon! 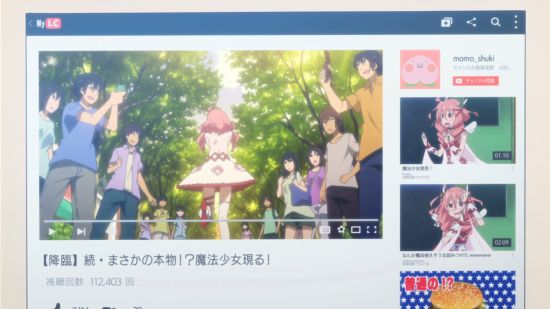 A suspiciously familiar video sharing website makes its appearance in Matoi the Sacred Slayer. To be fair, we’re positive that IRL magical girls would TOTALLY end up on… MyLC. 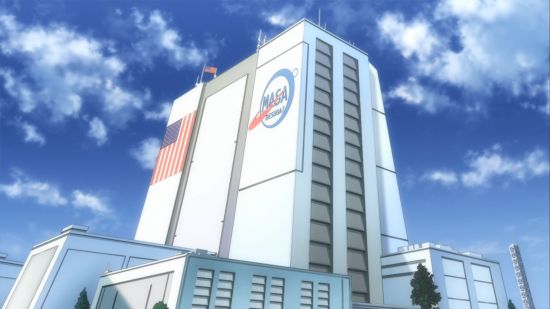 It looks like the leading edge of space discovery in America, but take a good, hard look at this MASA logo. Where else would our boy Sakamoto have worked with a company name like MASA Desuga?

Can we Have a Rojo Bull with our Stella Bucks?