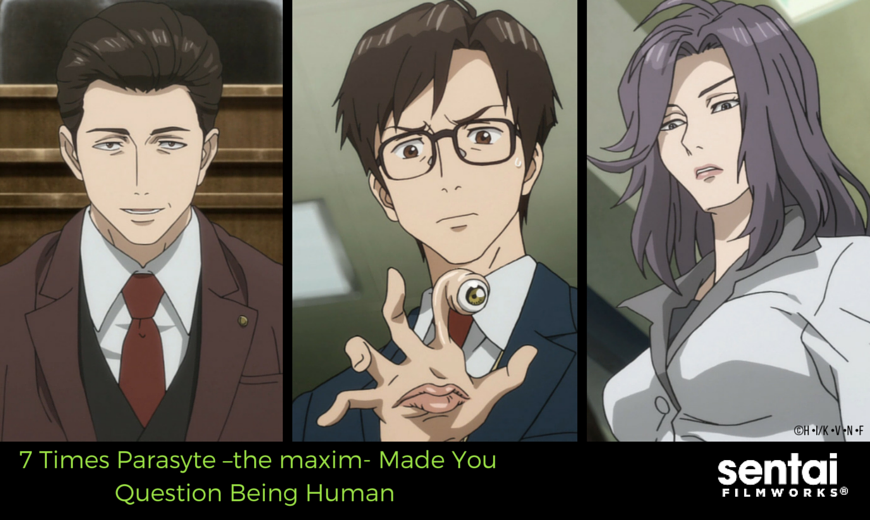 7 Times Parasyte -the maxim- Made You Question Being Human

Parasyte -the maxim- Collection 1 released this week, and Collection 2 will be following shortly on July 5, 2016.

For those of you who are unfamiliar with the show, Parasyte -the maxim- is a supernatural horror anime that follows a high school student, Shinichi Izumi, after his right hand is taken over by a highly sentient parasite. Reluctantly forced into this symbiotic relationship, Shinichi names his parasyte Migi and begins his dark decent into a secret world where the monsters aren’t always who they appear to be.

Equal parts morality story, shounen adventure, and horror thriller, Shinichi and Migi (and, in turn, the viewer) encounter several situations that make them question their existence. We thought we’d look back at a few of these insights from the show.

Thoughtful Moments from Parasyte -the maxim- 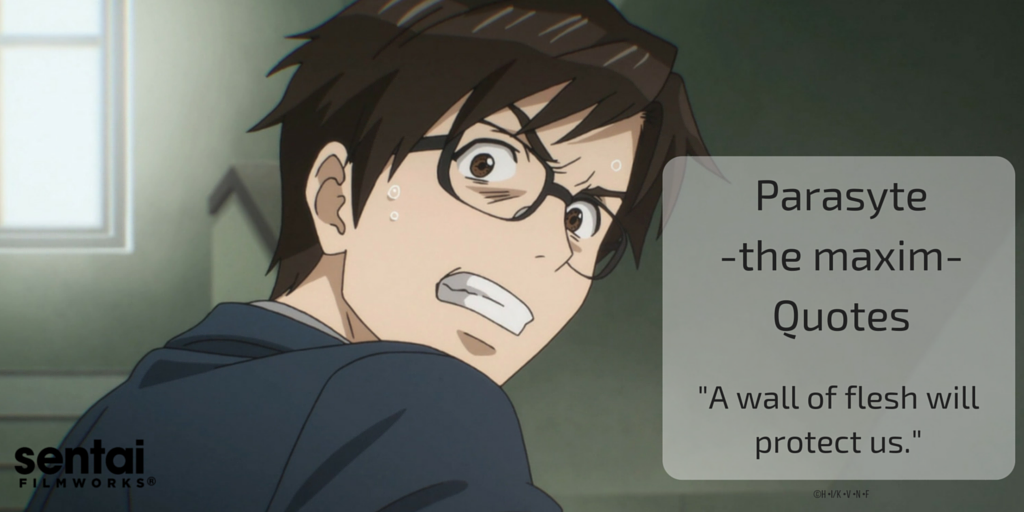 When Mr. A comes to Shinichi’s school to kill him, Migi implies that staying in the center of the throng of students is the safest place for them. Migi even describes the mass of students around them as “a wall of flesh.” Perhaps, if you think about it, from a purely objective point of view, that’s exactly what we are. 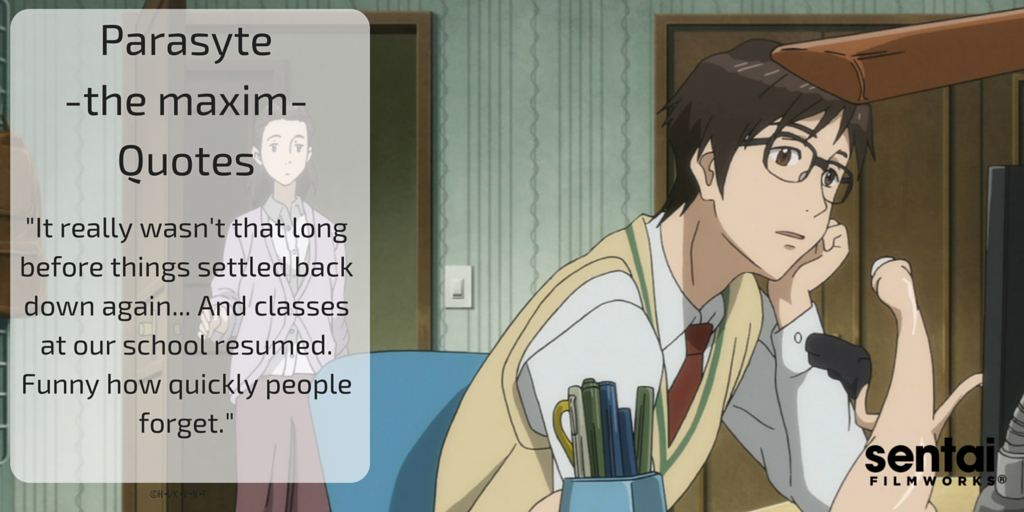 Shortly after Mr. A attacked Shinichi’s school, leaving student and teacher bodies in his wake, Shinichi remarks how quickly they returned to their normal routine. Maybe it’s because his thinking is already altered by Migi’s presence, but we like to think that life normalizes to recover from tragedy, rather than forget it entirely.

Episode 2: “The Devil in the Flesh”

The series opens with reports of “Mincemeat Murders.” For those who haven’t seen the show, we’re sure the description lends itself to imagination. A parasyte remarks that humans are horrified to see their own kind treated in the same way they treat food animals. It’s objective statements like this, distant and inhuman, that punctuate the deep contrasts of the story. 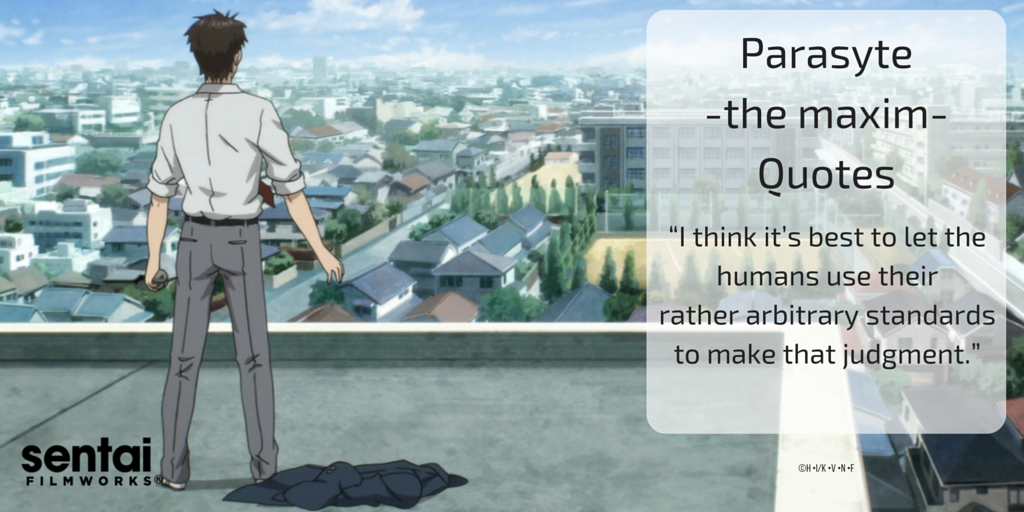 Shinichi and Migi discuss the concept of blame as they prepare to take down Shimada after another terrifying attack on their school. Migi points out that humanity’s standards to assign blame are arbitrary. Are our standards for right or wrong arbitrary? Are they assigned by the law? Or are our standards rooted in that deeper human conscious? It’s all up for discussion. 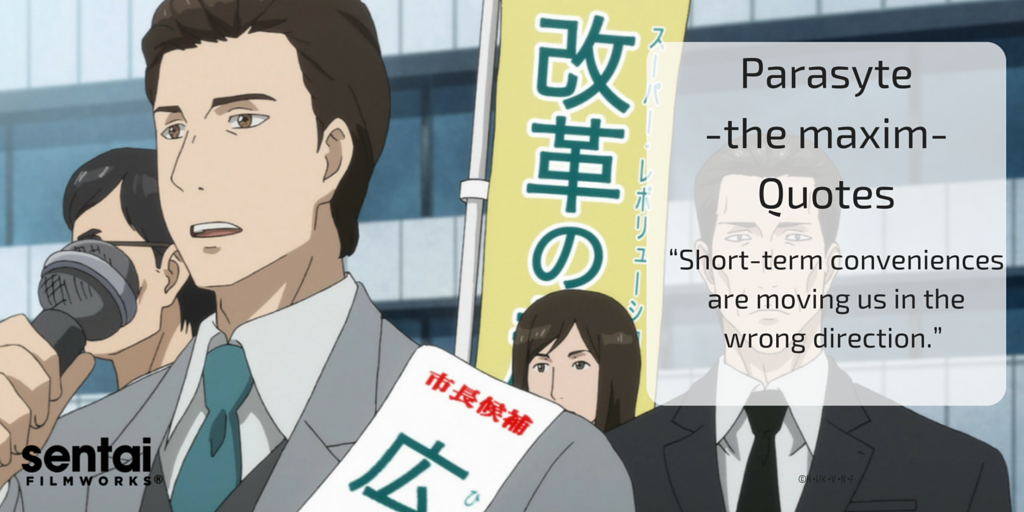 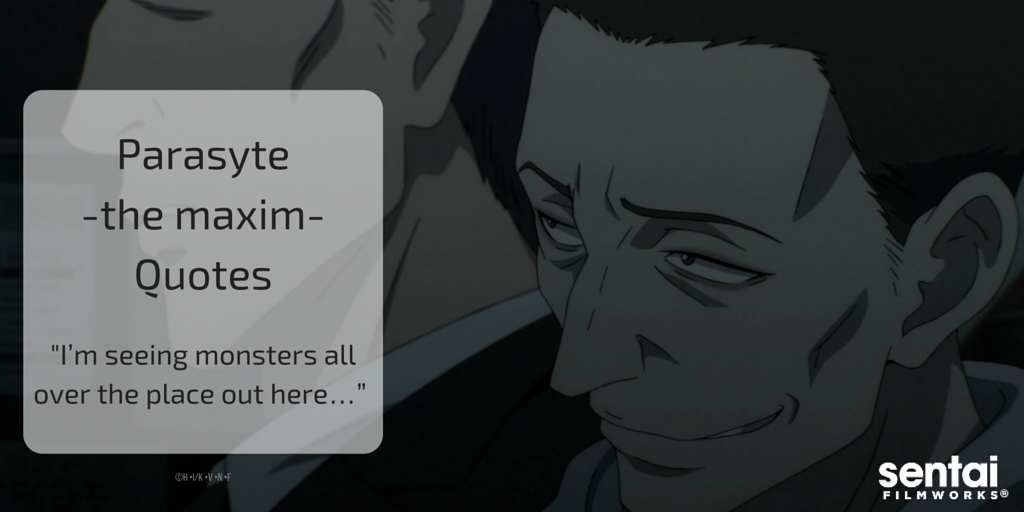 Serial killer and human parasyte sensor Uragami is taken along on a sting to expose and exterminate parasytes. When confronted with the brutality of the commander in charge, Yamagishi, Uragami (of all people) is the one to make the following remark. Sometimes, in Parasyte -the maxim- it’s hard to tell who the monsters are: the humans or the parasytes. 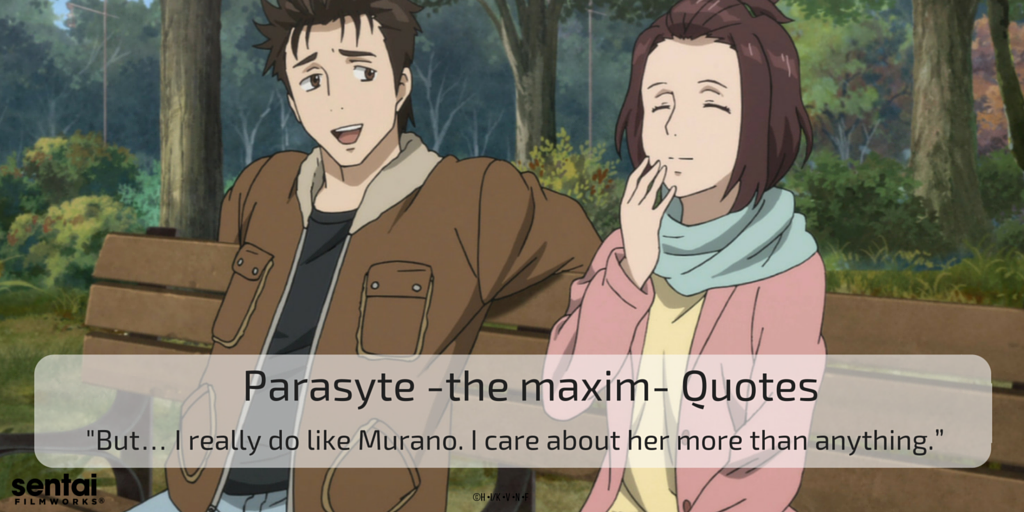 Let’s end this on a hopeful note. Shinichi’s feelings for Murano anchored him to his humanity. Maybe what makes us human is those feelings for our friends, family, causes, and loves.

Add Parasyte -the maxim- to Your Collection

What are your favorite moments from the show? What quotes or situations make your brain go down the philosophical rabbit hole? Let us know on Facebook, Twitter, Google+, and Tumblr!