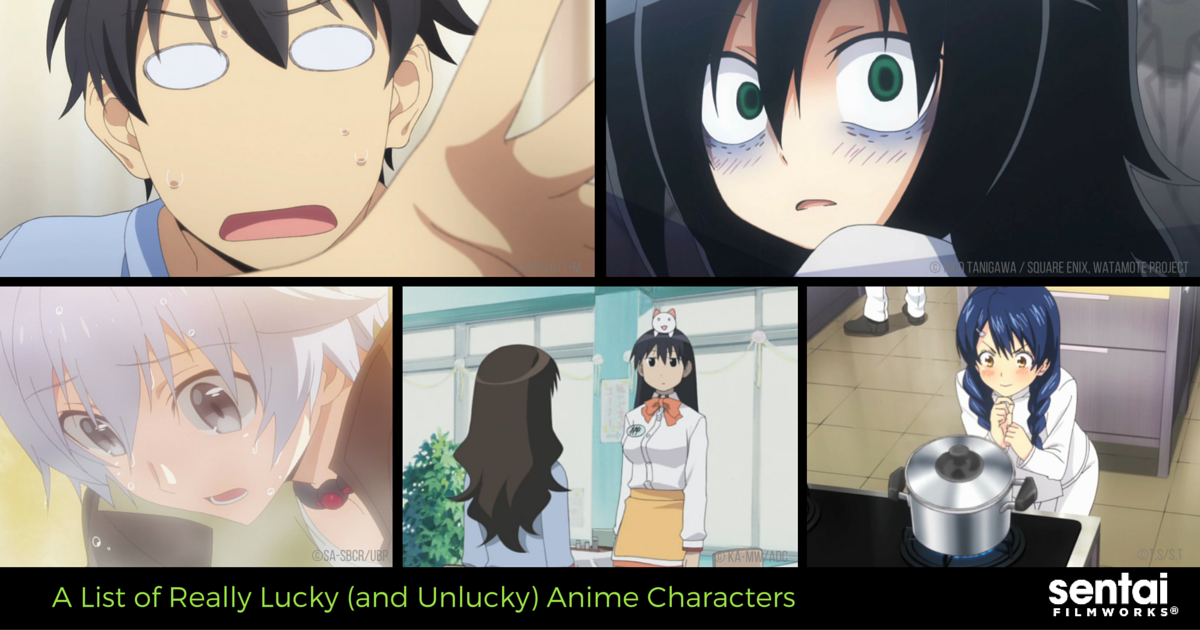 A List of Really Lucky (and Unlucky) Anime Characters

St. Patrick’s Day fell on March 17. Although the holiday is meant to honor one of Ireland’s patron saints, most folks in the USA use this holiday as an excuse to dye everything green, indulge in parades, and party.

Since St. Patrick’s Day is thematically about “The Luck of the Irish,” we thought we’d take a look at some anime characters that are strangely trapped in the clutches of luck. Good or bad? We’ll let you decide. 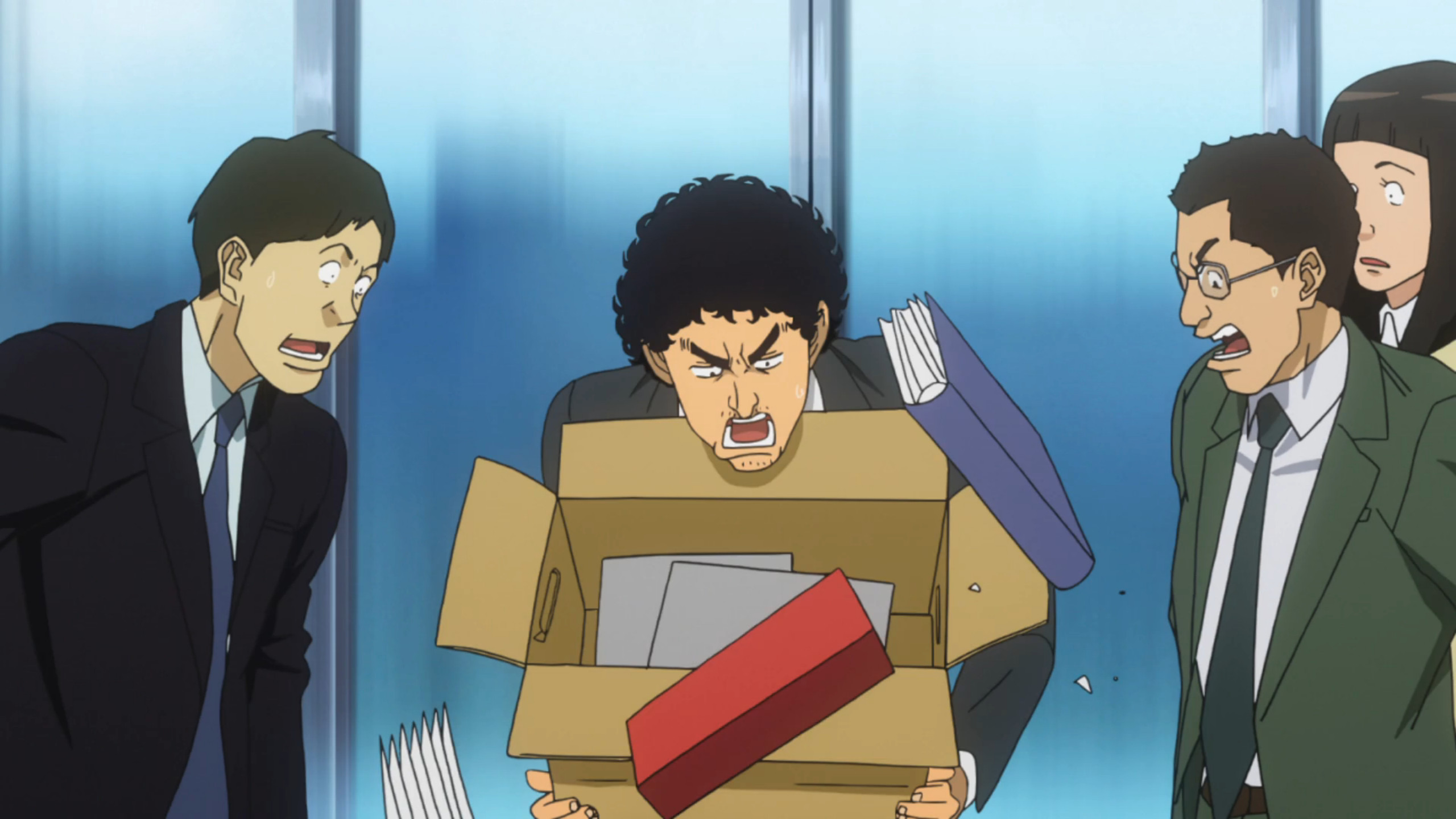 When the character himself believes that he’s inherently unlucky, you know he’s in trouble. While we can all identify with the desire to head butt a boss who insults a family member, this act costs Mutta his job. Not only that, his life has been a narrative of falling short of his younger brother’s achievements. Despite the obstacles life has chucked at him, Mutta demonstrates admirable competitive and observational skills. 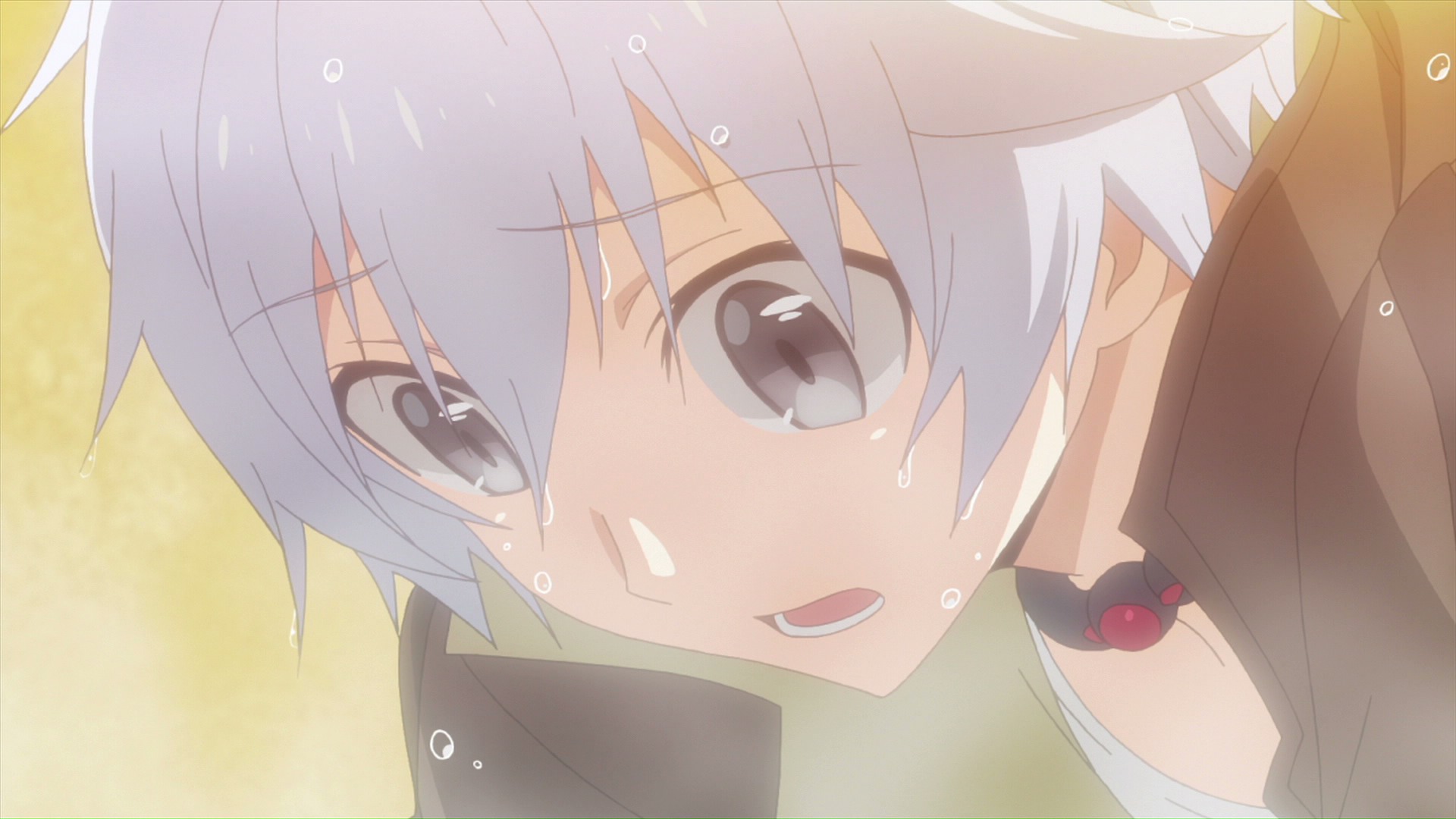 When he’s NOT fighting in his Drag-Ride, bad luck seems to follow Lux around. Like most harem anime main characters, he first meets the female lead while she’s in a state of undress. However, Lux’s epic bad luck made him meet her A) when she was completely naked, B) in the girl’s bath, and C) by (un)luckily landing directly on top of her. Oh, by the way, she’s the princess of the nation that overthrew his family’s regime. 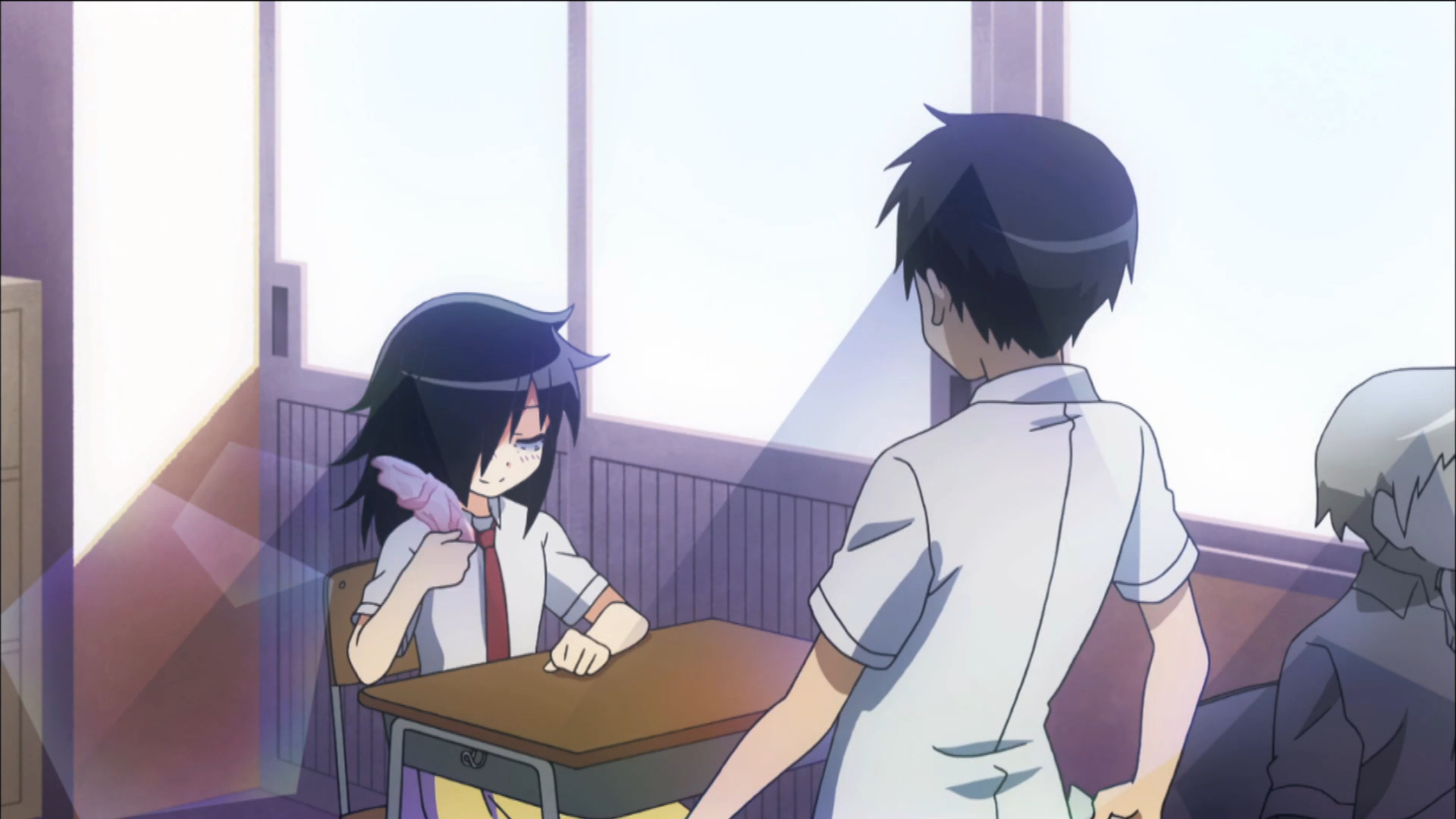 The main character, Tomoko, has seriously bad luck. In between inopportune run-ins with classmates and misunderstandings with her family (the awkward BL scene, anyone?), Tomoko’s bad luck often lands her in the most embarrassing situations. If you can make it through the series without cringing out of embarrassment for her, you don’t have an empathic bone in your body. 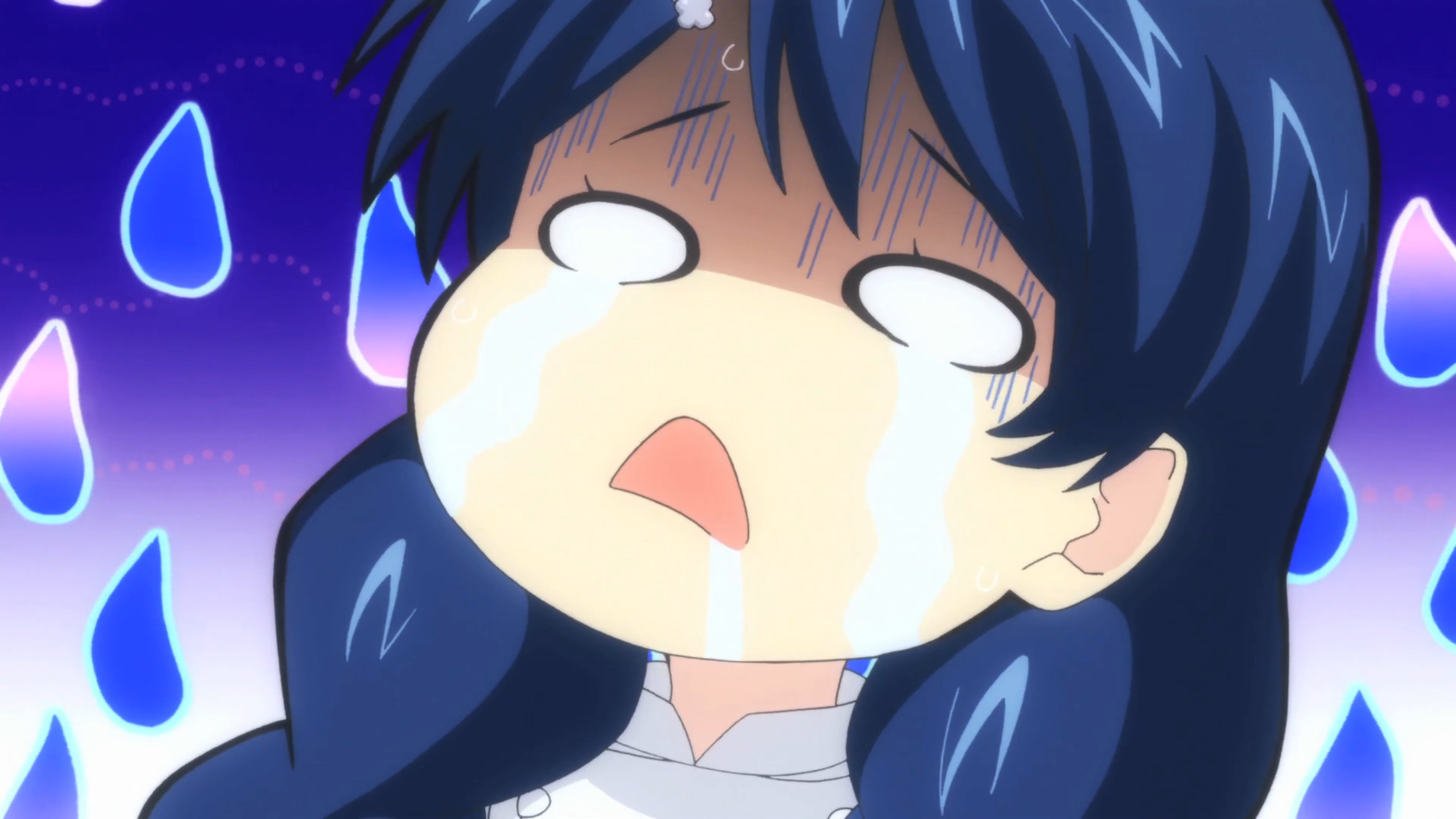 If Megumi’s first partner of the school year had been anyone other than Soma Yukihira, she wouldn’t have made it past that first class. While Megumi has inherent passion and talent for cooking, she lacked the confidence to shine in the classroom. She’s one of the luckiest characters in Food Wars! with her many brushes with expulsion and her ability to be at the right place at the right time. 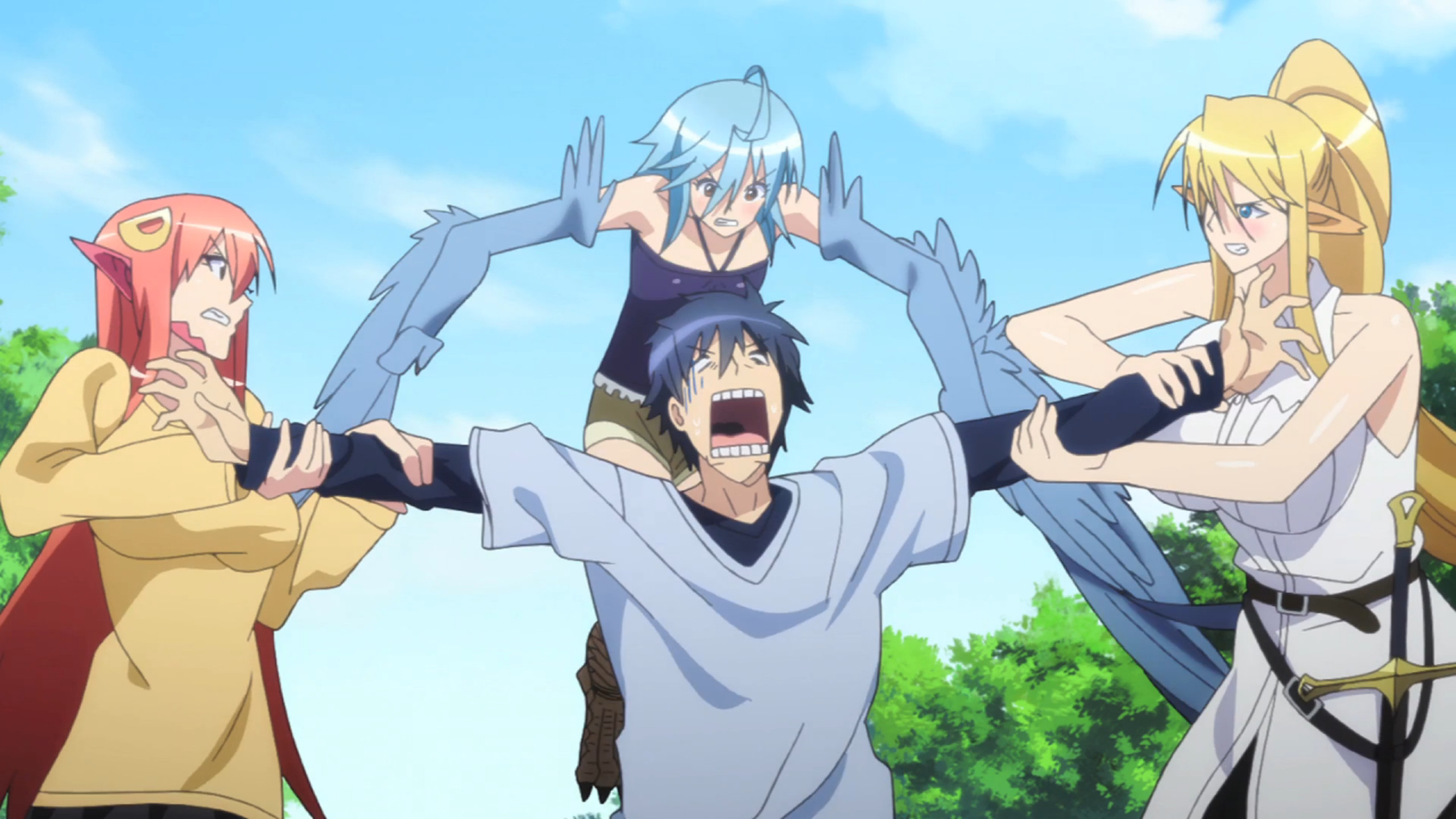 His first stroke of luck (whether good or bad is your call) was due to a clerical error, and he’s now been assigned as a host to a beautiful monster girl. Kimihito’s subsequent collisions with luck include running into a charging centaur, being kidnapped by a harpy, finding a slime in his kitchen, and rescuing a wayward mermaid princess. With the harem he ends up building from his brushes with fate, we’re starting to think he should share some luck with the rest of us. But then again, he almost dies on a daily basis, so maybe not. 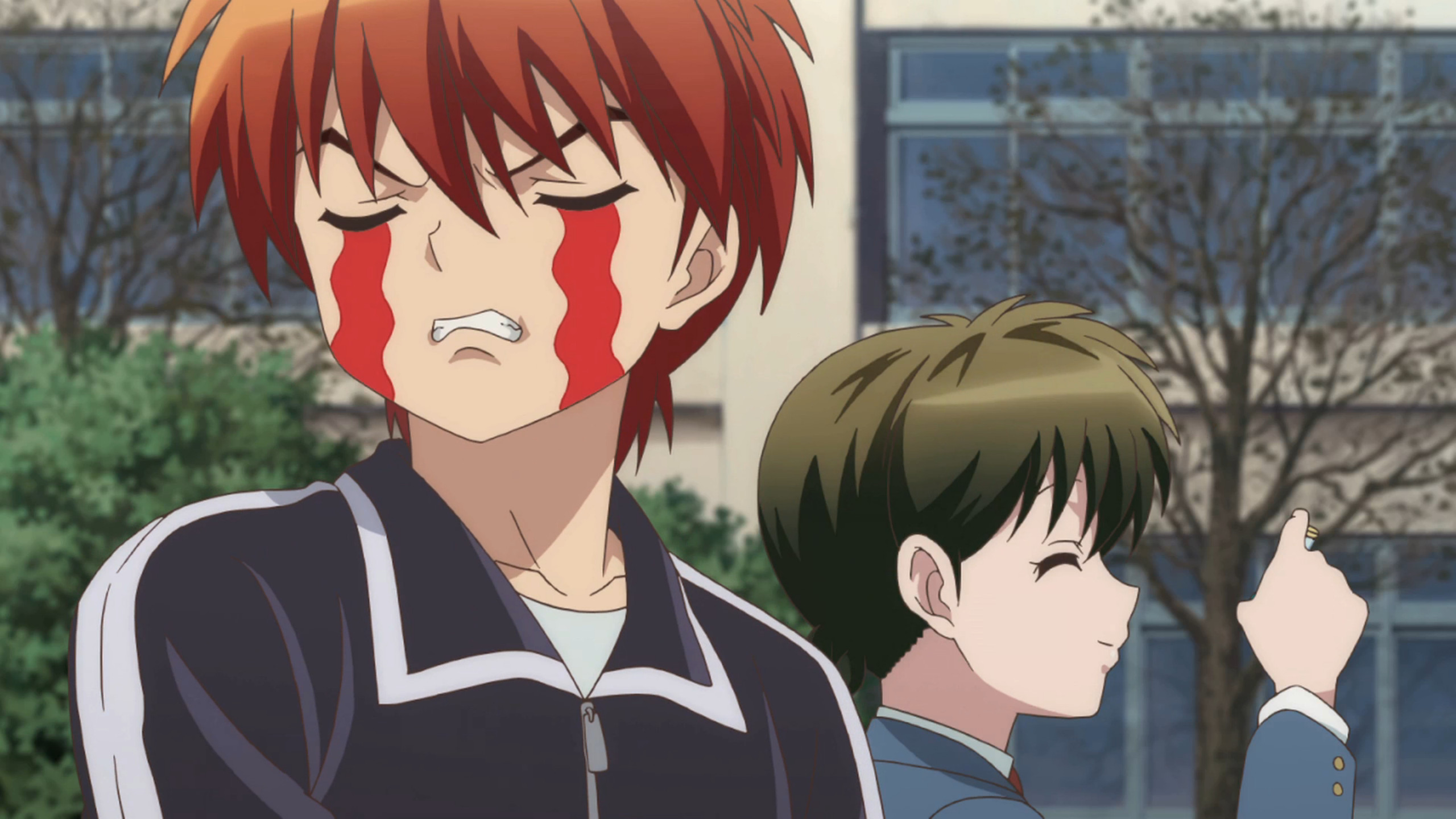 To be fair, the entire cast of RIN-NE could technically be considered REALLY unlucky, depending on the situation. However, the title character Rinne takes the cake…but with his luck, he will never get to eat it. His history is unfortunate, someone will ALWAYS walk in on him at the exact wrong moment, and despite his best efforts to save money, an unexpected expense will ALWAYS take his hard earned money away. 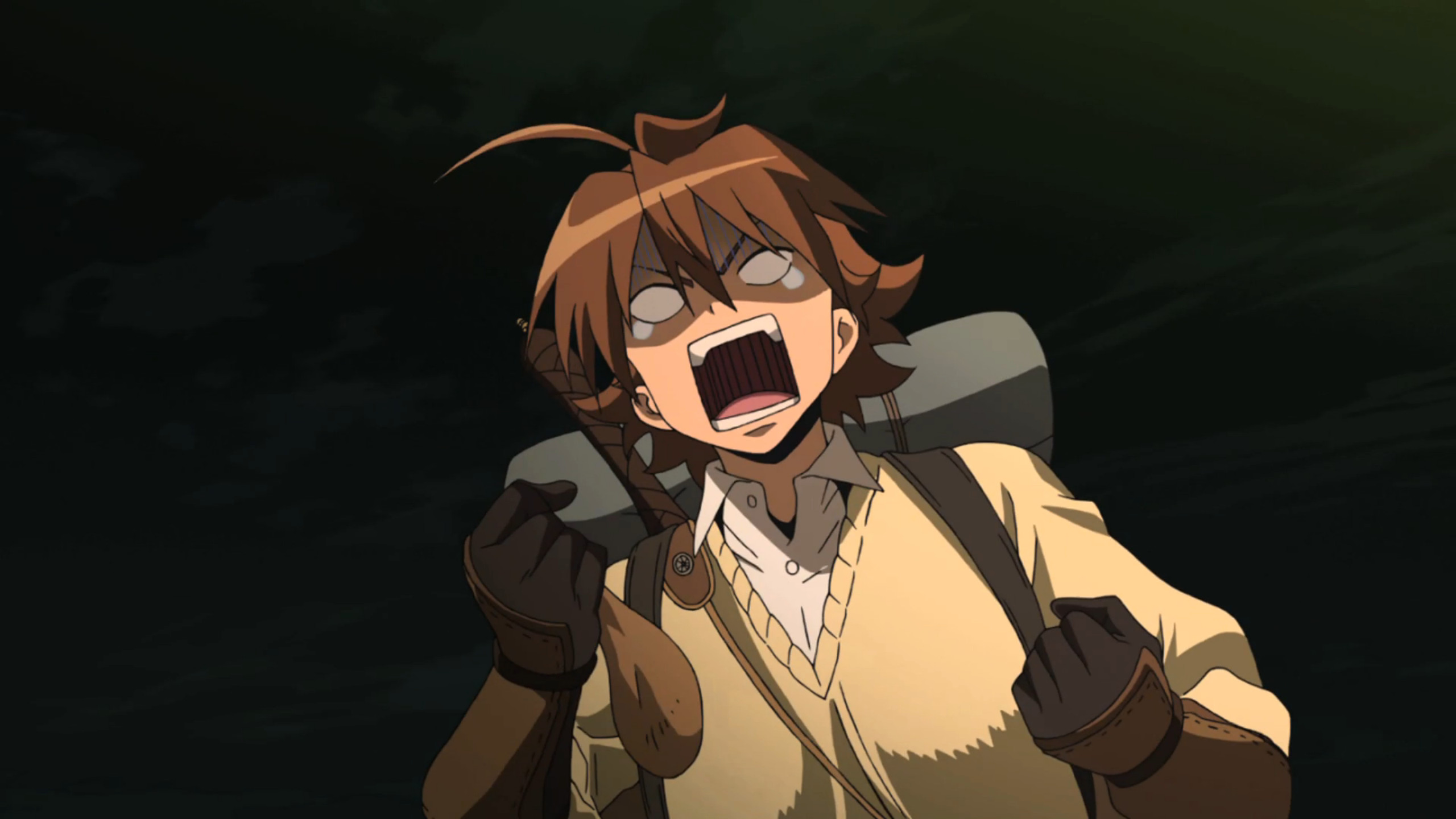 Tatsumi is either the luckiest or unluckiest guys on this list. On the one hand, his bad luck got him into big spoiler-worthy trouble in the first episode. One the other hand, if he had never met (and been swindled) by Leone earlier in the episode, he never would have joined Night Raid. While the road ahead of him was heartbreaking, we think he ended up lucking out when he found his calling. 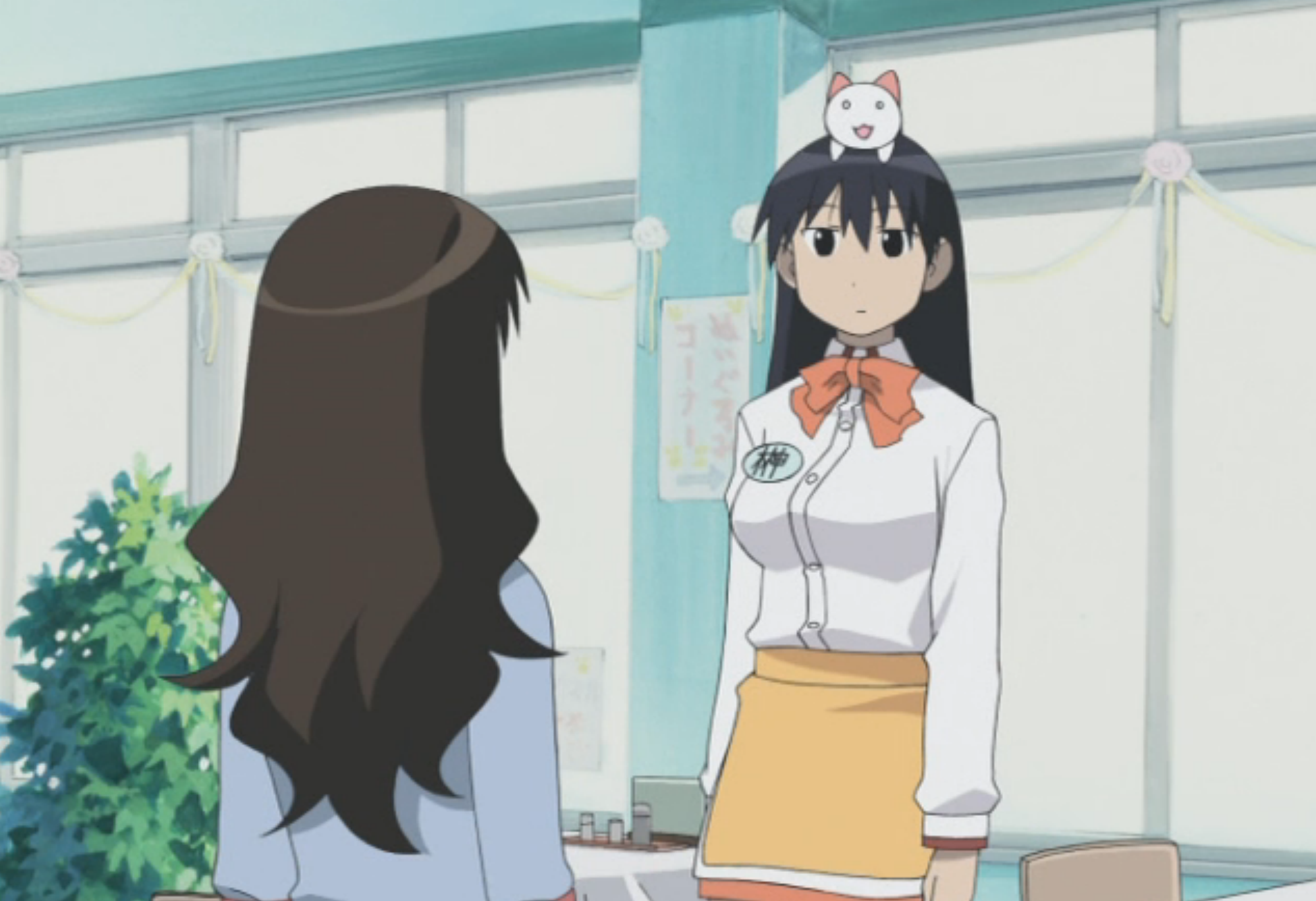 Sakaki’s life seems like it’s been cursed by a black cat, or in her case, a gray one with teeth. Not only is she unlucky enough to have been born too tall for her liking, Sakaki just can’t seem to intercept all the cute things she wants in life (someone get this girl her Neco Coneco please?). 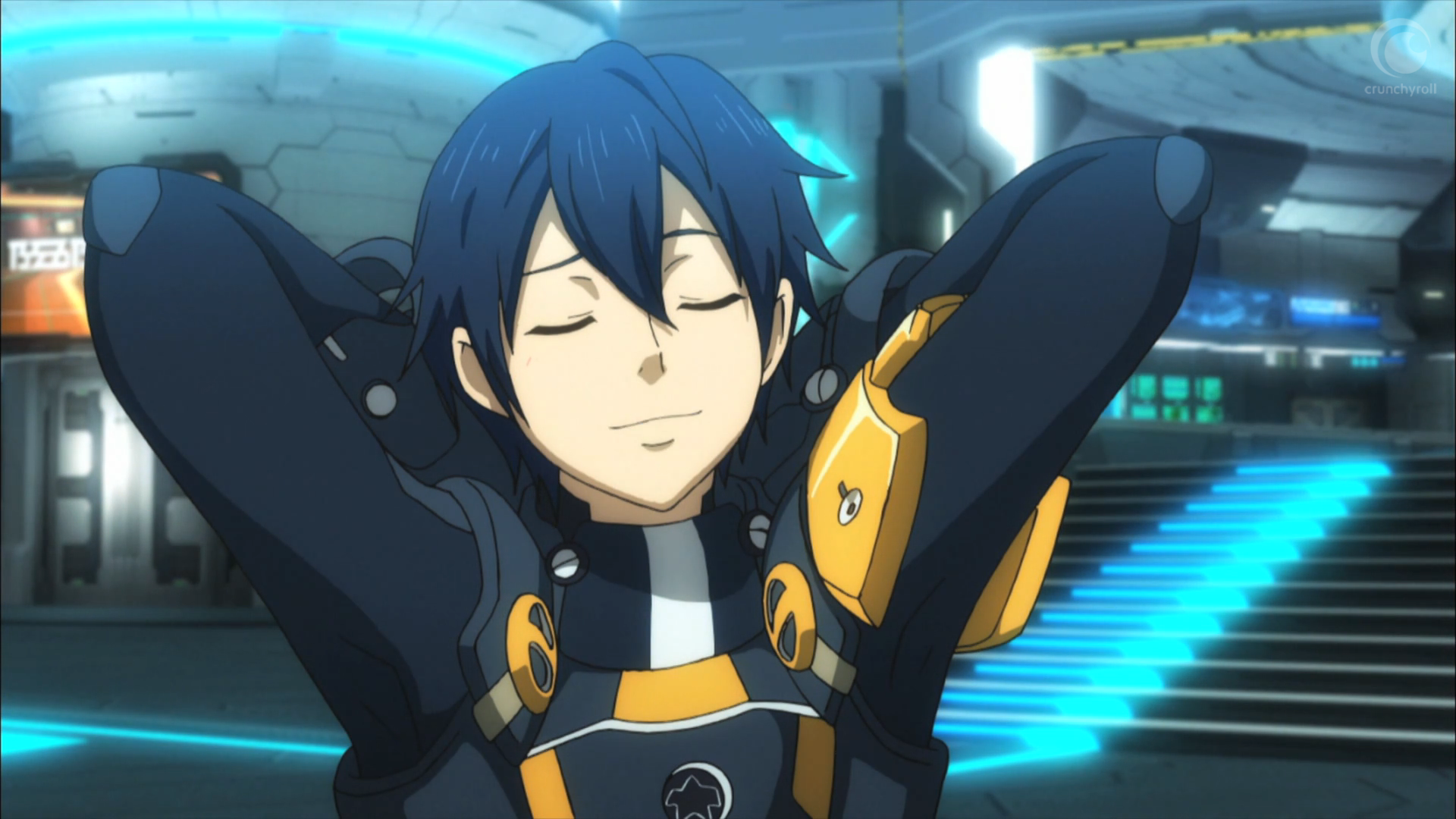 Itsuki doesn’t have good luck. He has uncanny GREAT luck. He was randomly selected to be the student council vice president of Seiga Academy, and to top that, his main function in this role is to play the video game Phantasy Star Online 2. His best friend, Kouta, often remarks how randomly lucky Itsuki is, both in and out of the game. 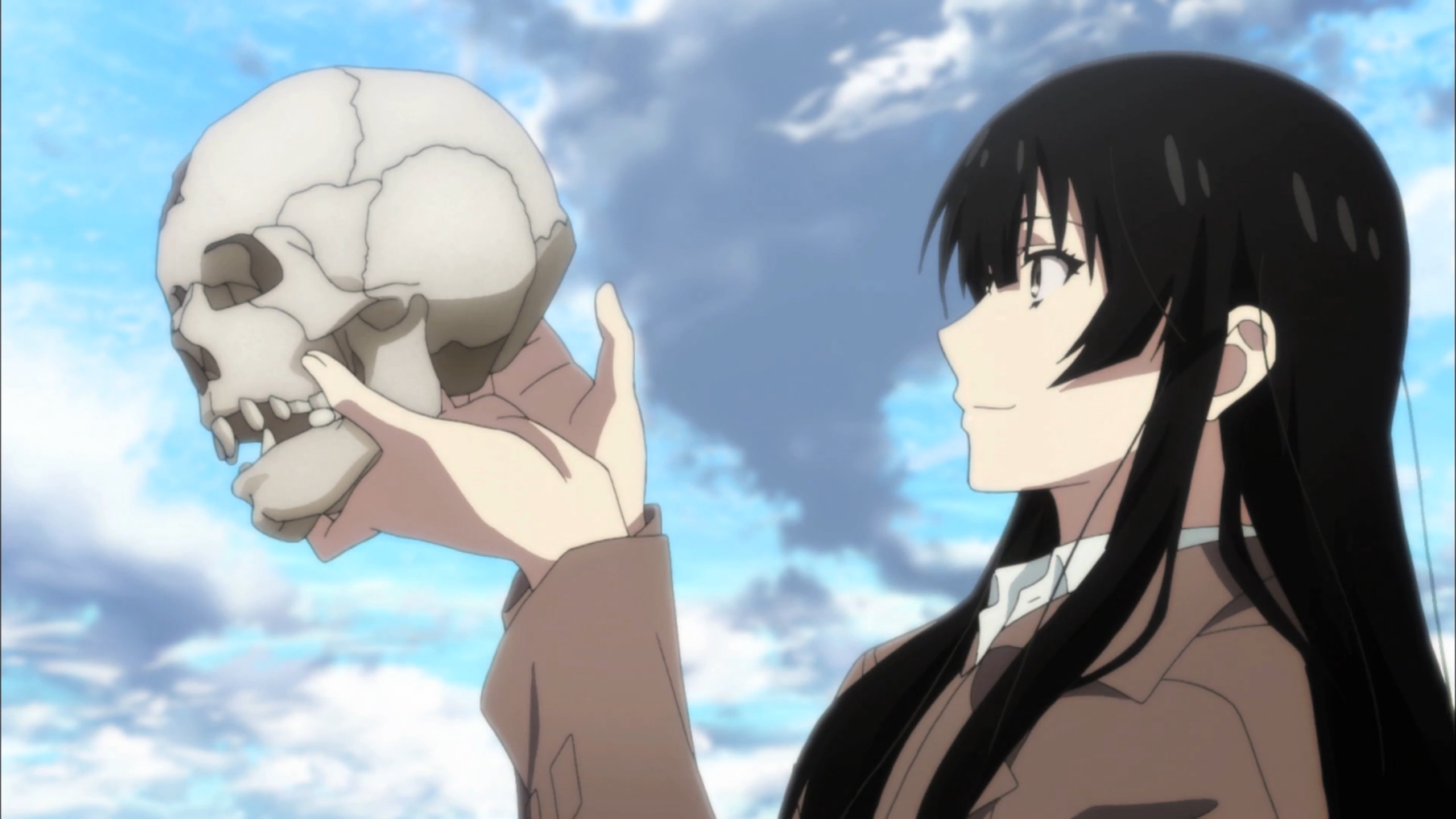 Wherever this sharp-tongued osteologist and her reluctant assistant, Shoutarou go, they always seem to find bones. If the stars are REALLY in Sakurako’s favor, she’ll find a human specimen she’ll want to take home, unless, of course, she has to turn it in to the police for a homicide investigation. Always at the right place, and at the right time, hyper-observant Sakurako is a lucky girl!

… Or your favorite unlucky anime characters, if you think that will be more interesting! After all, some of the best stories begin with a stroke of luck, good or bad.

Which characters strike you as victims of luck? Let us know on Facebook, Twitter, Google+, and Tumblr!