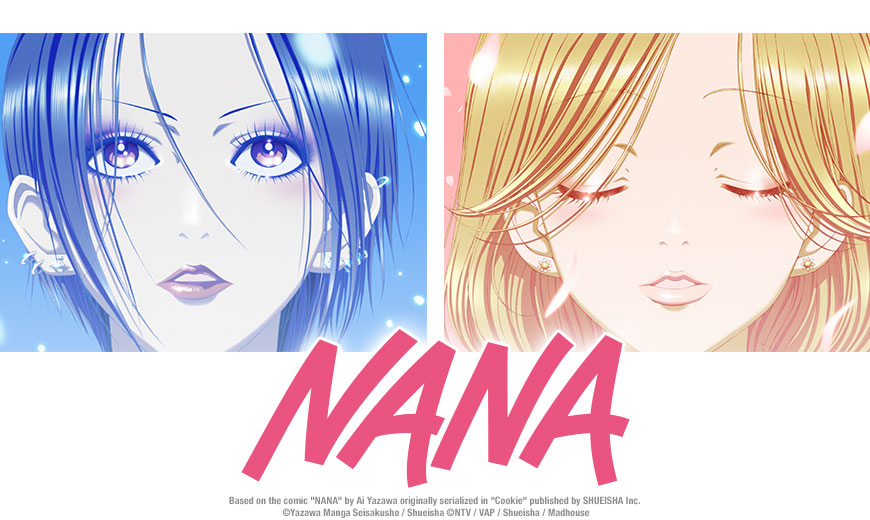 HOUSTON, TX — January 26, 2021 — Sentai announced today that it acquired NANA, the 47-episode anime series produced by Madhouse and based on the manga by Ai Yazawa (NEIGHBORHOOD STORY, TENSHI NANKA JA NAI) with 40+ million copies sold. The series has been upconverted from its original format to vivid high definition.

Two twenty-somethings seemingly share nothing in common apart from their first name, but a chance meeting on a train bound for Tokyo sets Nana Komatsu and Nana Osaki on a collision course with destiny. Nana Komatsu, a love-at-first-sight dreamer, aims to find enduring happiness in the big city. Nana Osaki, neo punk rock vocalist, pursues her burning ambitions of musical stardom and worldwide fame. As their fates increasingly intertwine, they each chase their dreams — until the harsh realities of life in big city Tokyo threaten to tear everything apart.

Sentai is planning an HD version for release on digital outlets with an HD home video release to follow.