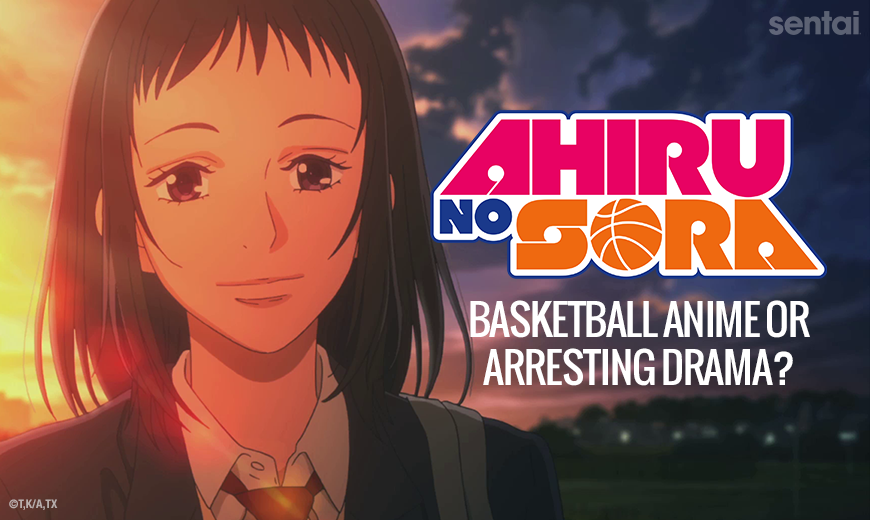 If you haven’t watched Ahiru no Sora, you might think it’s just another basketball anime.

If you’ve been following along with the simulcast, however, you know that Ahiru no Sora is so much more than that. It might surprise those new to Ahiru no Sora to hear us call the series a gripping drama anime in its own right, transcending its identity as the sports anime it looks like at first glance.

Want to know more? Join us as we look at what makes Ahiru no Sora such a dramatic slam dunk.

As always, SPOILERS AHEAD!

A Cast of Nuanced Characters 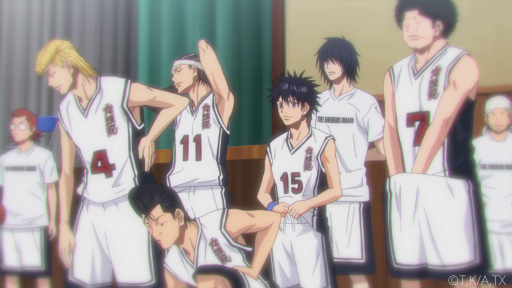 A story is only as strong as its characters, and Ahiru no Sora comes packed with characters from all walks of life and backgrounds. From the rich trust-fund kid Mokichi to the rough-and-tumble delinquent Chiaki and the talented (but short) newbie Sora, there’s a character here for everyone to root for.

However, these characters aren’t just cardboard archetypes. That trust-fund kid struggles with chronic illness, the delinquent’s motivations stem from realistic family drama, and the talented newbie wrestles with his mother’s failing health. The characters of Ahiru no Sora consistently show us new depths to their personalities, and the narrative pays careful attention to fleshing out their complex histories and personalities. 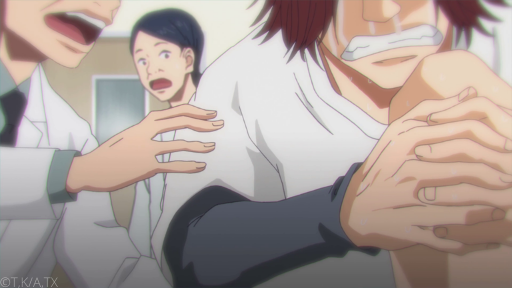 It’s easy to think the characters’ sole motivation would be to win as many basketball matches as they can, but that sells the stakes of Ahiru no Sora short. Ahiru no Sora presents its audience with a realistic take on the way the love of a sport affects its fans and players, showing us that not all players have the same reason to step onto the court.

Momoharu, the team captain, plays basketball for a chance at redemption. He quit the sport at a young age, but a chance encounter with Sora sparks his love of the game once again — only now Momoharu is out of practice and underestimated by nearly everyone around him. He plays to prove he’s worthy of the sport, and to prove to both himself and to others that he’s not the washed-out delinquent they assume he must be.

As for Nao, the team manager and trainer? She adores basketball, but she’s too clumsy to be an asset in a game. She wants to prove to other not-so-talented players that you can still participate in the sport without having to actually get in the paint, and she does exactly that thanks to her expert knowledge of the game and her insight into its players.

Now let’s talk about one of the team’s rivals, Kojima. His goal is to make it through just one game without ruining his chance to play in future matches. Like players of so many other sports across the world, he struggles with an incredibly painful injury, making his participation in games a delicate balancing act of overwhelming passion and necessary practicality.

And as for the main character, Sora? He wants to prove to the world that the height-centric game of basketball is open to shorter players, too… but that motivation remains secondary to his desire to win a tournament on behalf of his ailing mother, who taught him everything she knows about the game. 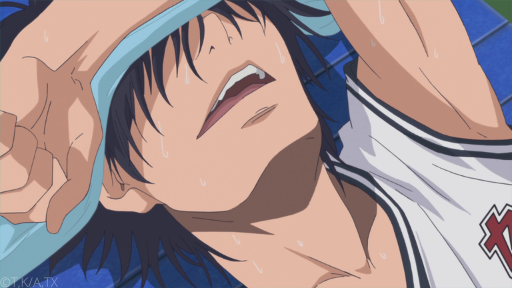 In so many sports anime, the underdog team walks onto the field or court with high hopes — only to get beaten in their first match. They typically attend a training camp, after which they rise like a phoenix to take the world of their sport by storm and miraculously become national champs. Sounds familiar, right?

Right. We thought so, too. It’s a tried-and-true formula we all love! But while Ahiru no Sora might take nods from this winning formula, the series is anything but formulaic.

The series subverts expectations by making the team’s rise to the top more realistic. After all, some of its players have never played the game before, while others haven’t seriously played the sport in years. No matter your dedication, you can’t hope to compete against experienced teams without proper training and practice, and Ahiru no Sora doesn’t forget that. The writing takes into account talent, stamina, practice, and even the role of fear and nerves when crafting matches and character interactions.

A Mother and Son Story for the Ages 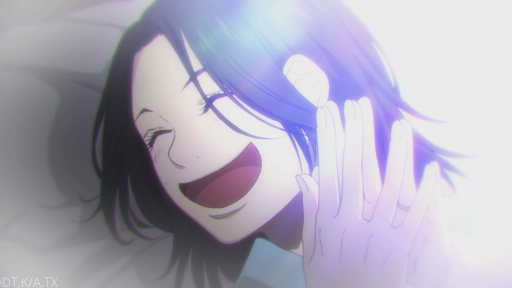 Sora’s relationship with his mother, Yuka, stands out as the series’ highlight, and not just because a son idolizing his mother’s sports prowess is already pretty unusual. The relationship deserves special mention because of its emotional resonance and beautiful writing.

Long story short, Yuka taught Sora everything he knows about the game. He idolizes her, and when his growth slowed when he was a kid, she taught him how to work around his lack of height on the basketball court.

But Yuka struggles with a terrible illness. She knows that letting Sora lean on her will make it harder for him to stand on his own two feet, so she makes the heart wrenching decision to keep her distance so he can stand tall without her — and elsewhere, Sora makes a similar decision on his own. Because he wants Yuka to focus on her recovery, he doesn’t visit her in the hospital or burden her with his problems. Quite the mature choice from a teenager, huh?

In short, there’s necessary distance between Sora and Yuka, and every interaction they share has us curling in a ball and weeping at the beauty of it. Agonizingly poignant and indescribably warm in turns, the show’s emotional stakes in this relationship are unlike anything we’ve seen before.

Ahiru no Sora: Not the Basketball Anime You Think It Is 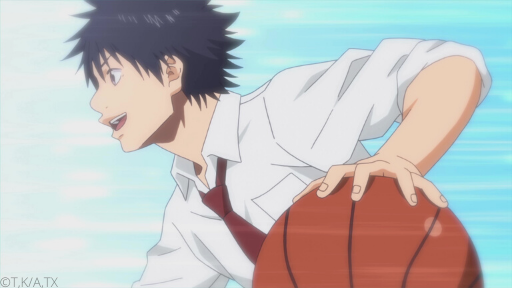 Many people tune into Ahiru no Sora expecting your standard basketball anime formula, but Ahiru no Sora is anything but formulaic. Its slow-burn approach to drama and character development is its greatest strength, setting Ahiru no Sora apart from the rest thanks to its depth, subtlety and judicious approach to dealing out dramatic story beats. With Ahiru no Sora, you won’t just get amazing jump-shots and thrilling on-court action. You’ll also get a cast of characters who feel like your best friends, drama that’ll bring a tear to your eye, and a masterclass in character development.

In summary, Ahiru no Sora is a *drama about high school basketball players* and not the straight-up sports anime some might believe it to be — and we think that’s what makes Ahiru no Sora rise head and shoulders above the rest.

Interested in watching Ahiru no Sora’s first three seasons or following along with the simulcast of Season 4? Tune in on Wednesdays at 9:55 UTC for new episodes of Ahiru no Sora every week on HIDIVE!

Even better, HIDIVE is currently letting new users experience the streaming platform for 30 days, FREE! Sign up today to check out Ahiru no Sora, and trust us: You’ll be glad you did.

Want to chat with us about Ahiru no Sora and other basketball anime? Subscribe to our newsletter and follow us on social for all things anime. And hey — while you’re at it, you should definitely check out the official Ahiru no Sora Facebook and Twitter pages! See you there. ;)