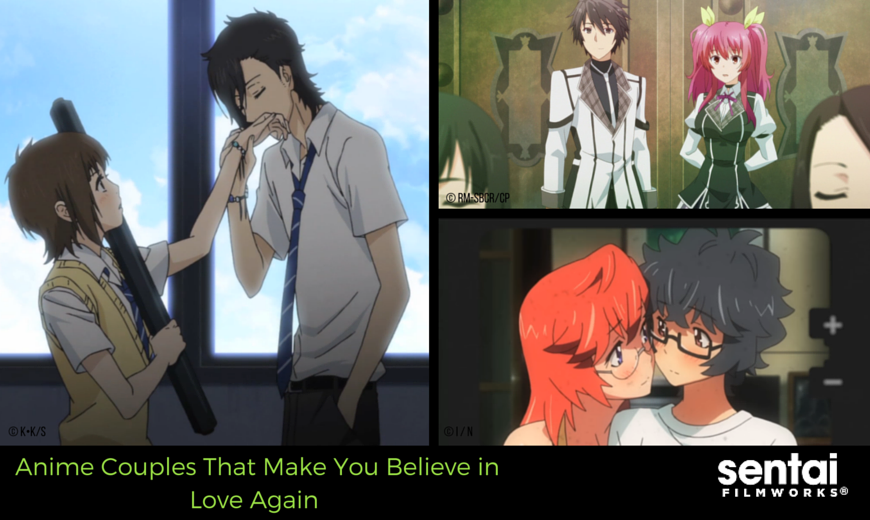 Anime Couples That Make You Believe in Love Again

Raise your hand if you’re jaded with life and have a hard time believing in love because you’re sick of stupid clichés and games! (We can’t be the only ones raising our hands here…guys?)

The relationships that most anime romances depict are CLEARLY not the ideal model for your modern relationship. That being said, there are some anime couples who are awesome enough to make even the most cynical hearts want to believe in true love. 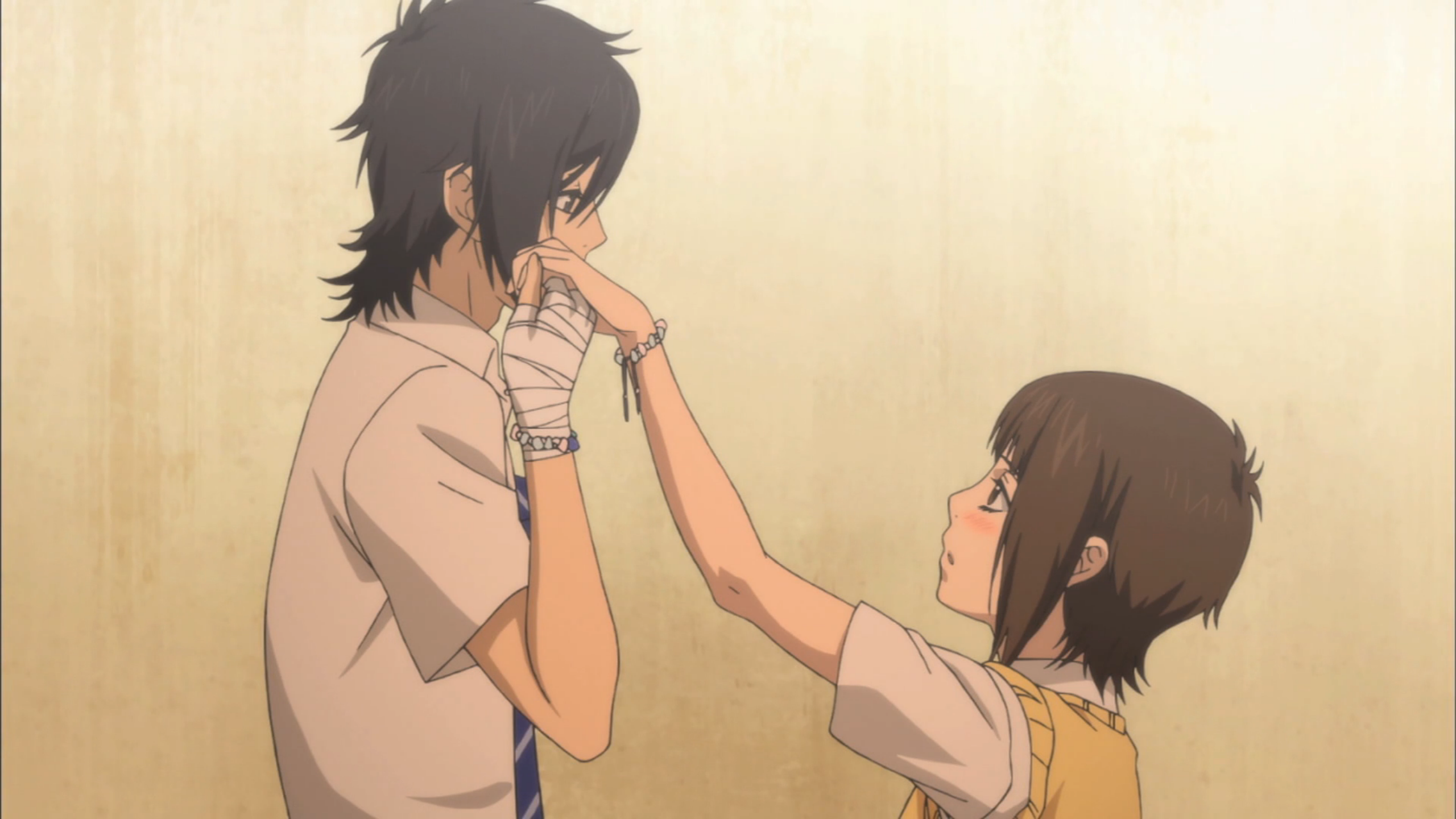 This story about a moody girl and the school’s most popular boy may sound like a typical anime romance setup, but the execution is anything but. Yamato is smitten with Mei’s quiet wisdom, while Mei is drawn to Yamato’s vulnerability and kindness. Together as a couple, the two prove time and time again that their mutual empathy for each other, tempered with good communication, creates the strongest bonds.

Takeo and Rinko (My Love Story!!) 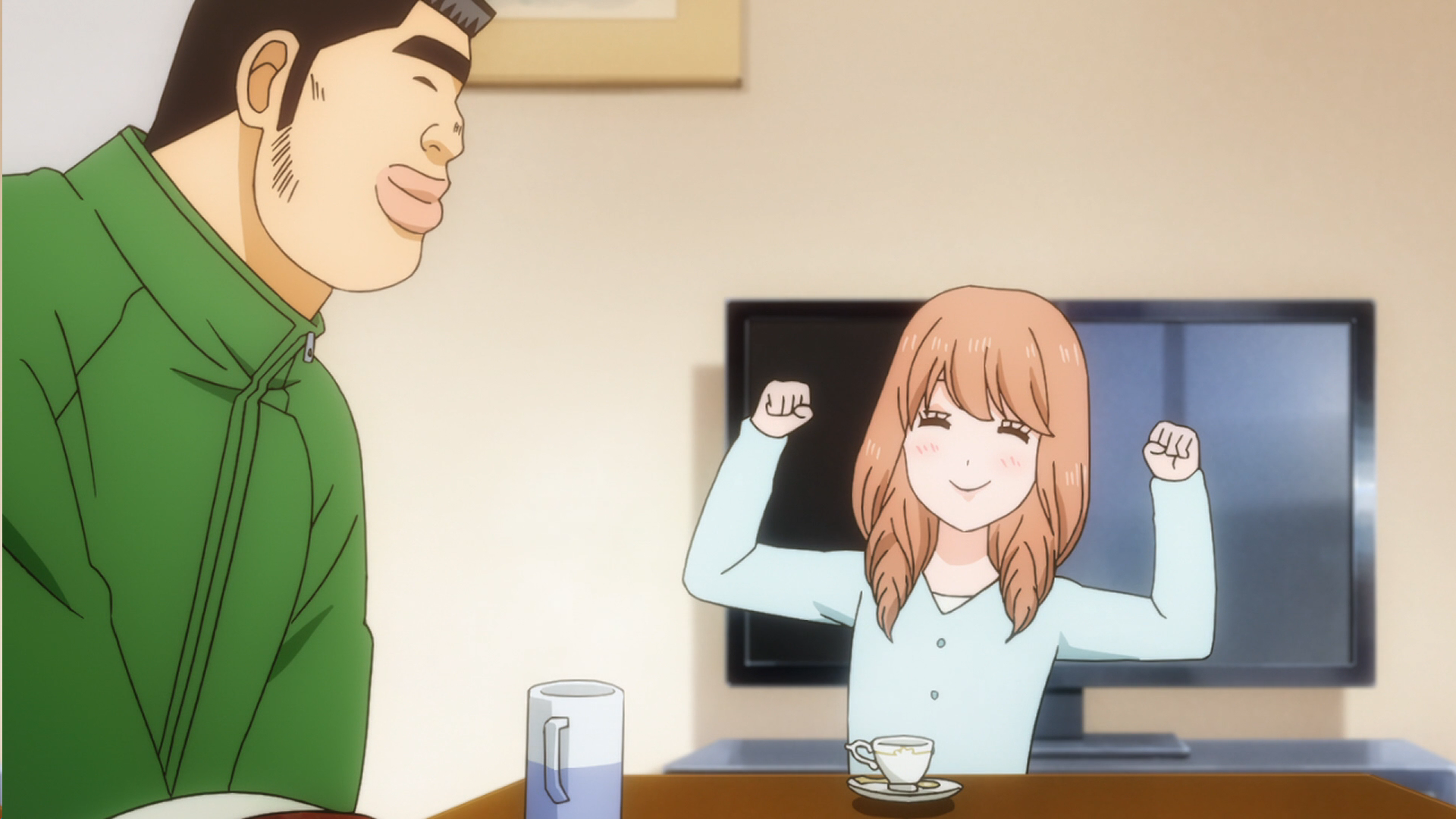 You would THINK that Takeo and Rinko’s sparkly lovey-dovey sweetness would be absolutely sickening, but they’re actually surprisingly endearing. Takeo truly cherishes everything about his girlfriend, and Rinko finds more things to like about Takeo every time she’s with him. This relationship is filled with laughter, and the two are receptive to each other’s feelings while maintaining their own sense of self.

Shinichi and Satomi (Parasyte –the maxim-) 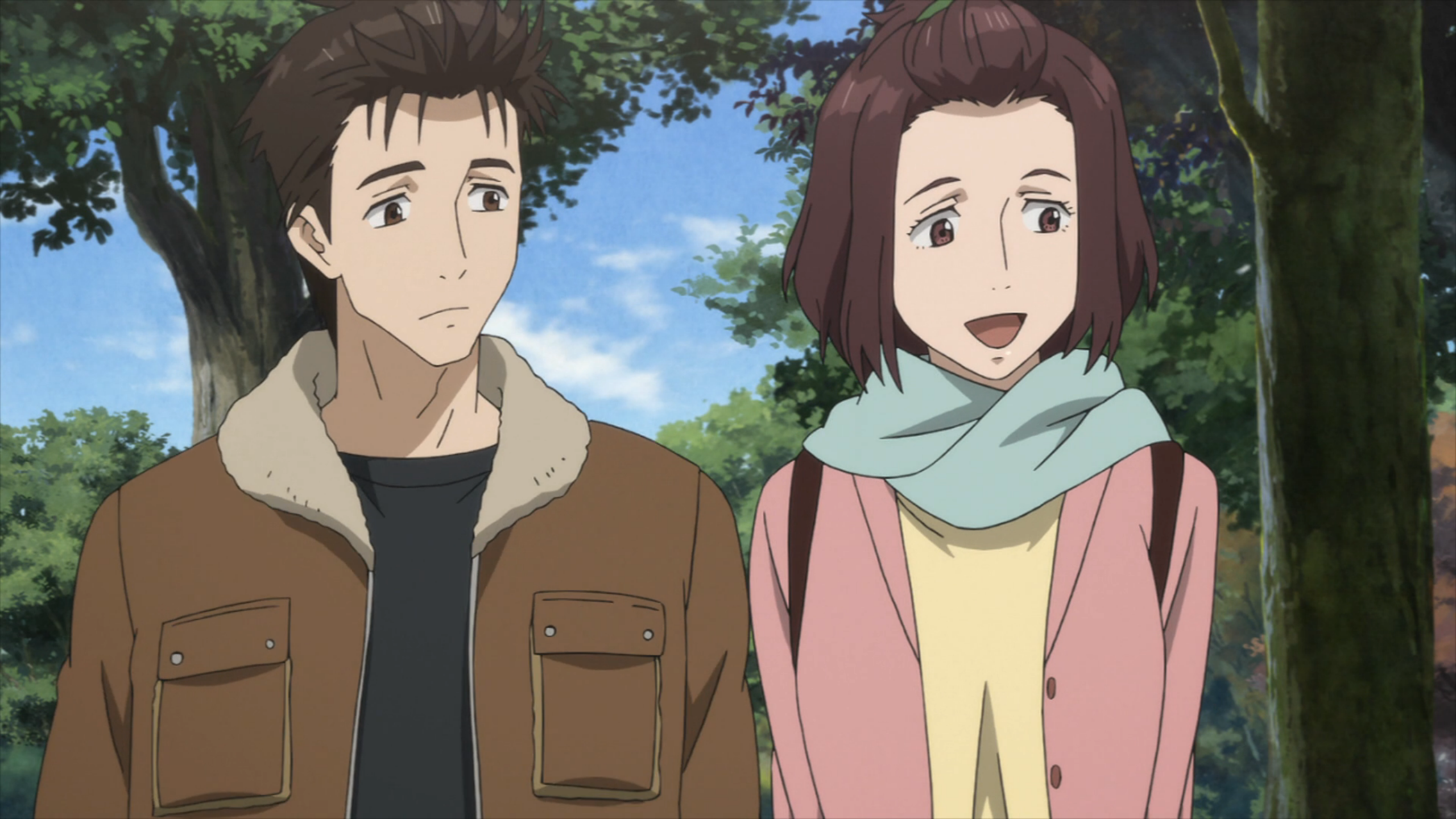 Satomi Murano is the only thing that anchors Shinichi to his humanity. Shinichi has a somewhat cliché problem: he has something he desperately needs to tell the girl he loves, but he can’t. Granted, most of us won’t end up as mince meat if we learn our partner’s secrets, but the principle of the thing is that both parties are capable of being selfless when they’re in love.

Stella and Ikki (Chivalry of a Failed Knight) 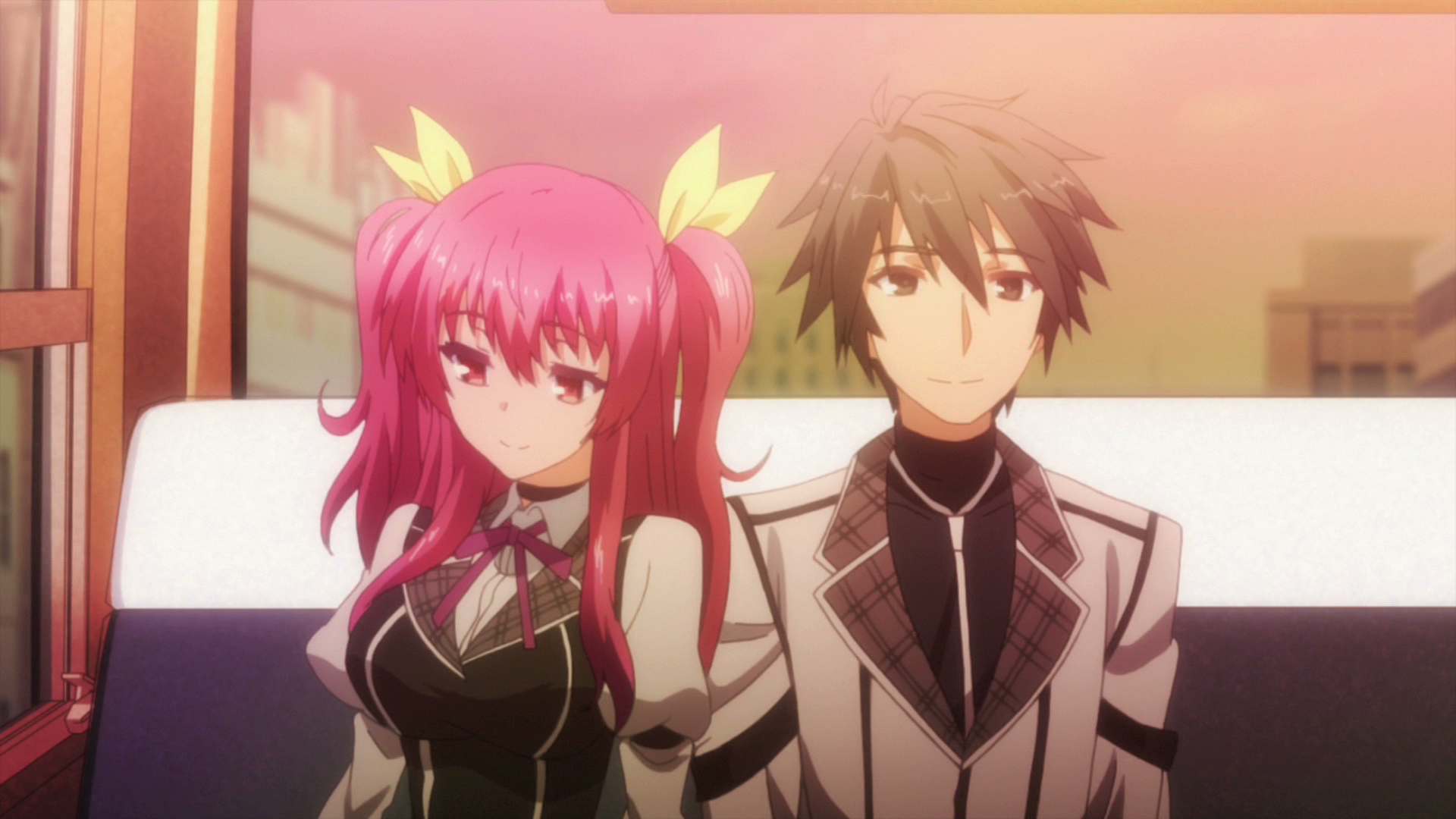 A truly refreshing couple, Stella Vermillion and Ikki Kurogane confessed their feelings and became a couple early in the series. This show, which is equal parts romance and fantasy-action anime, explores how the two simultaneously compete with each other, while offering their unwavering support. Ikki and Stella are painfully honest with each other, offering mutual respect and enough humor (and awesome fight scenes) to distract the hardest of hearts from their otherwise sappy love story.

Kaito and Ichika (Waiting in the Summer) 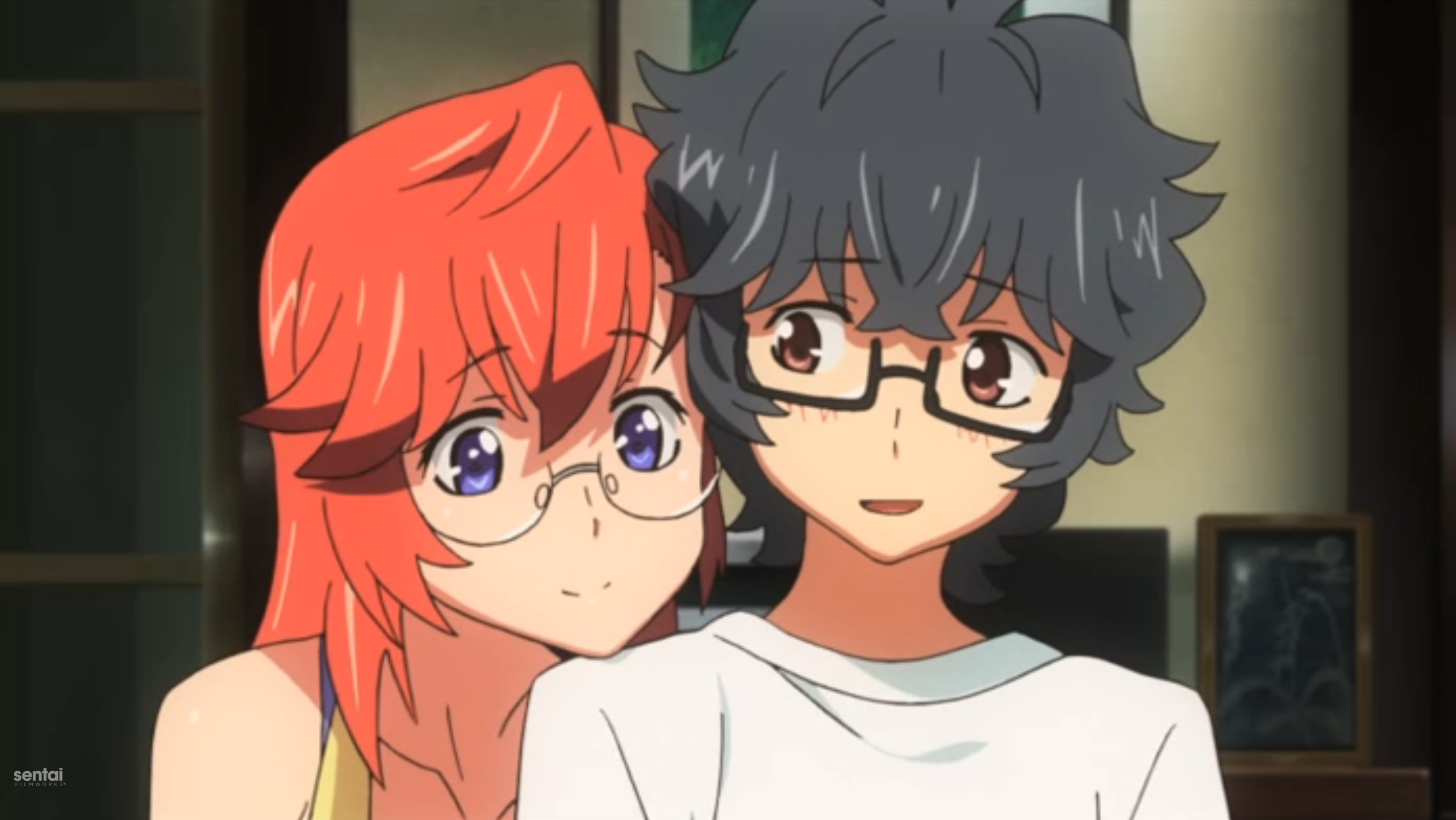 With her complete lack of understanding for even the most basic of human habits, red-haired Ichika is sometimes too cute for words. Even though the series has its typical moments of clothing mishaps and hilarious misunderstandings, the way these two interact is filled with warmth. With phrases like, “I think I like cuddling,” Ichika and Kaito are the model of a couple learning how to be in love without being too mushy. 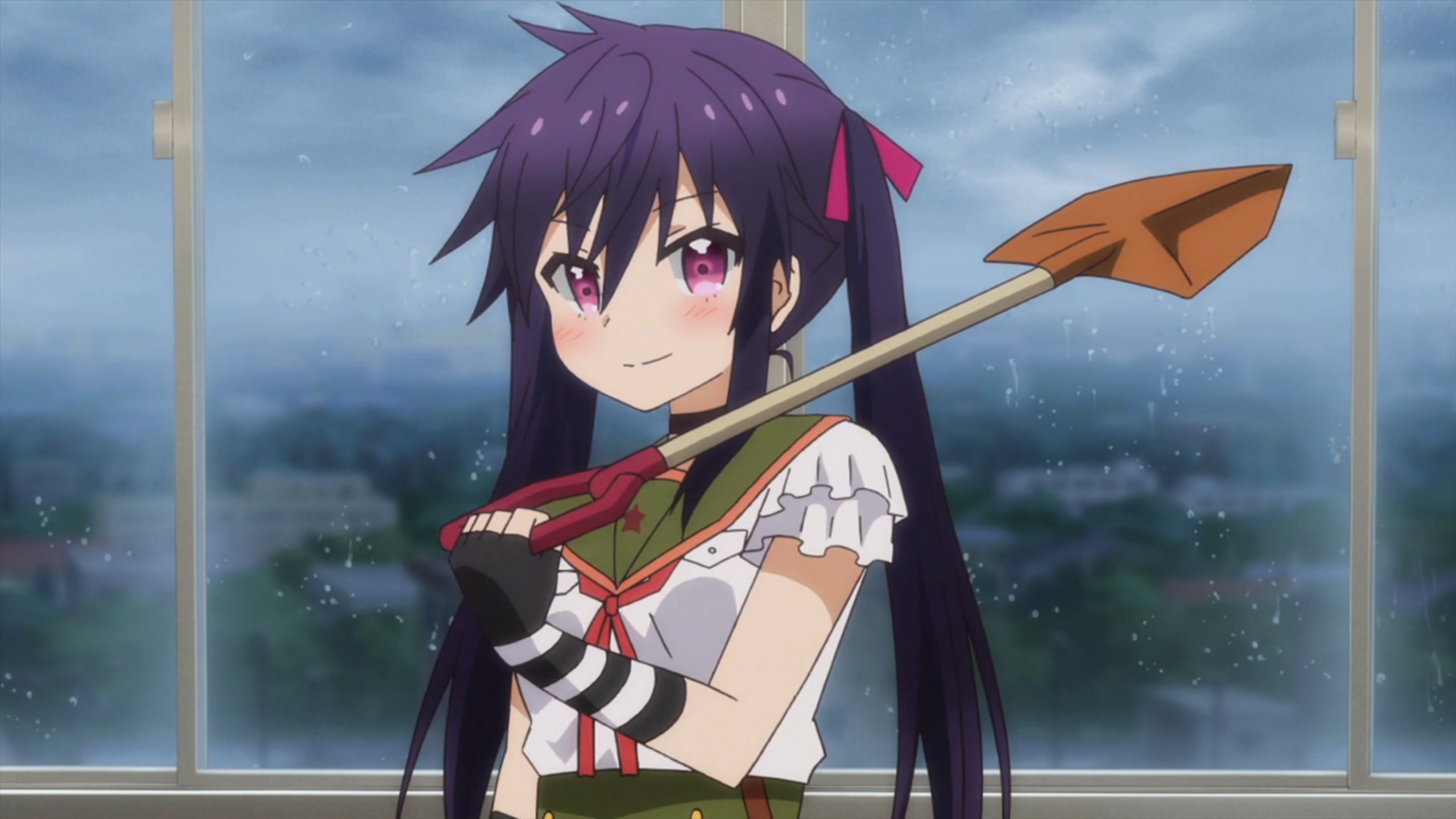 How could we end this without mentioning one of the most beloved relationships of 2015? Kurumi never goes anywhere with her partner, Shovel-san. Together, the two protect their friends by fighting vicious zombies! Talk about a relationship built on trust.

Interested in more random crack ships? You have exactly TWO MORE DAYS to participate in this year’s Sentai Sweethearts! Vote for your favorite oddball Sentai couple for a chance to win the Sentai Sweethearts prize package!

Who are your favorite anime couples? Which anime romances make you believe in true love again? Let us know on Facebook, Twitter, and Tumblr!