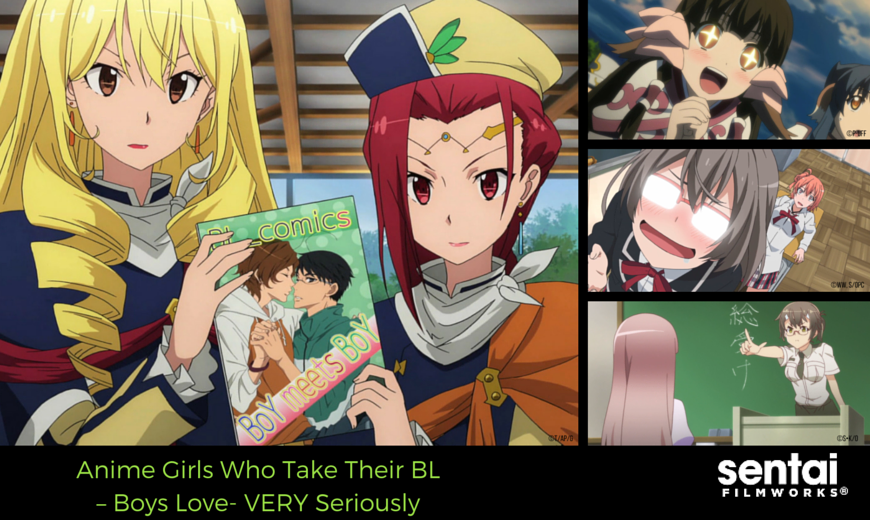 There’s this famous acronym in our industry: BL, or boys love. Girls who express a deep love for this genre often refer to themselves as “fujoshi.” Anime itself even features some fujioshi characters, and they are usually pretty relatable and absolutely adorable best-girl material. 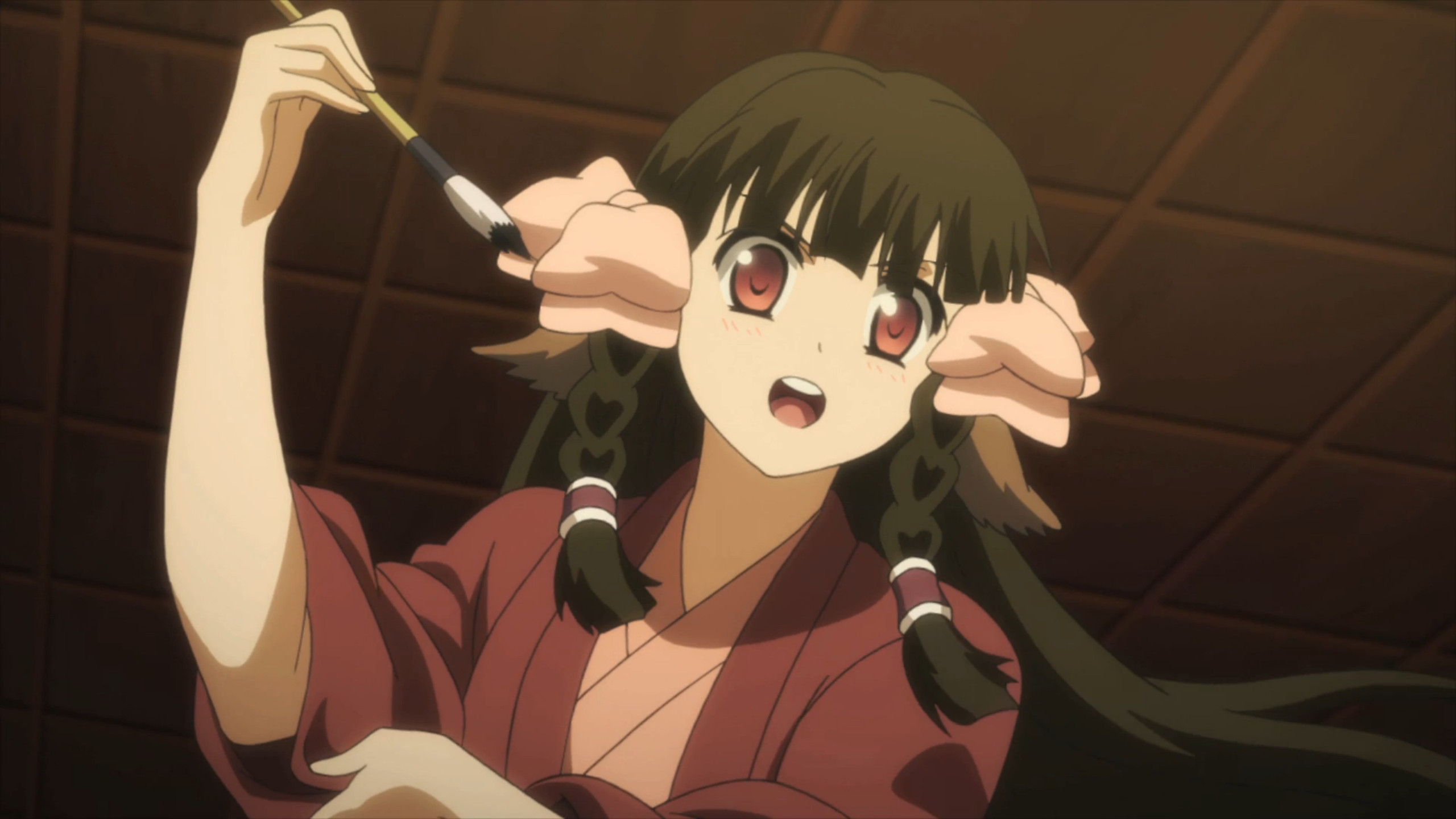 Rirutie is an animal-eared princess who adores reading (and drawing) her BL, so much so that she comments on how the books in the capital city are of better quality than the ones in her country. The fujoshi is strong in this one, and she’ll go out of her way to spread her contagious love to the other girls in the group (she even converts the kingdom’s princess!). The poor thing even overloads a bit when she walks-in on her male friends while they’re dancing naked on a table. 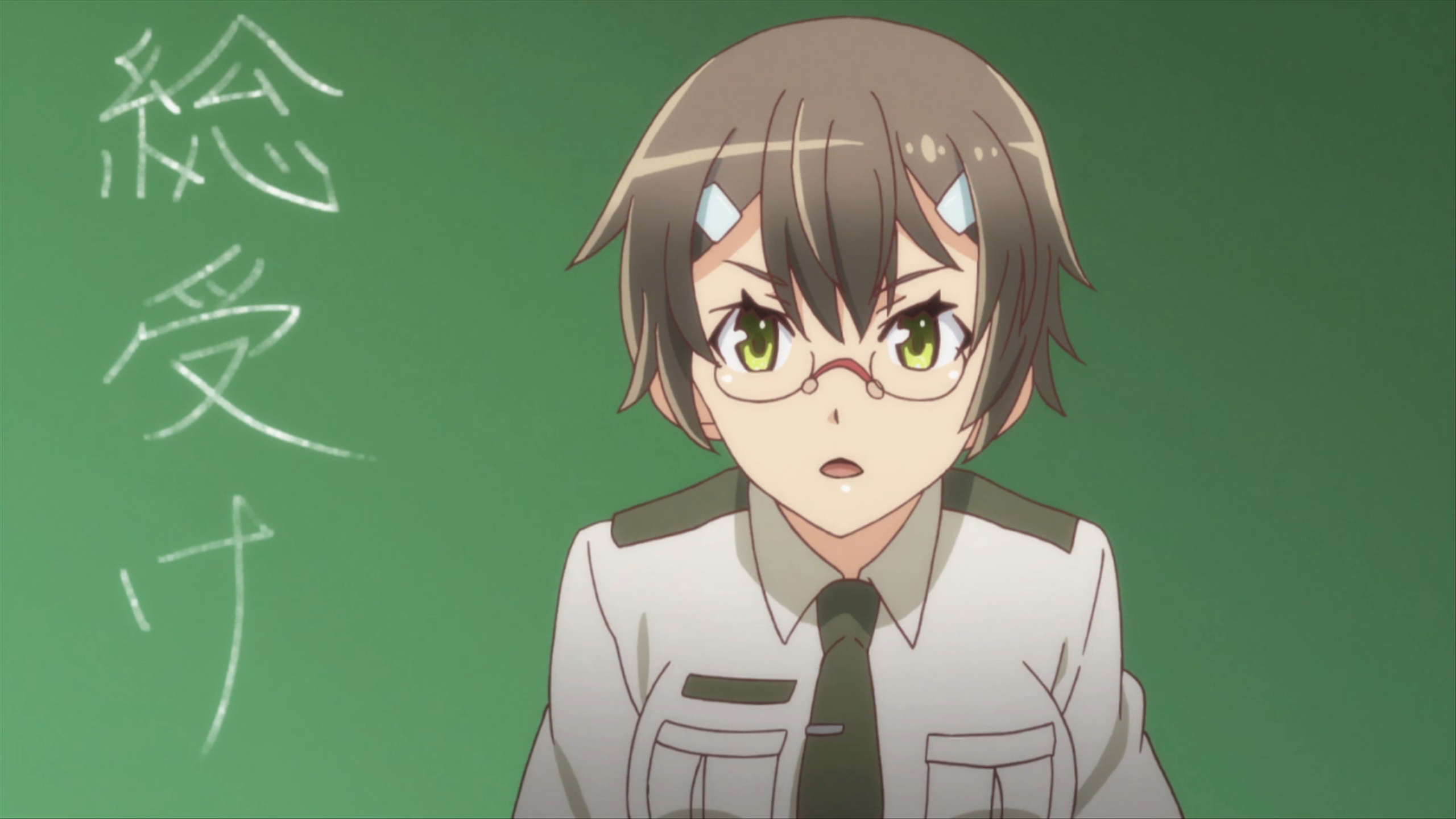 Don’t let her JSDF uniform fool you: Minori is a die-hard fujoshi who is so knowledgeable and passionate about her BL that she can teach a class on it! In the fourth episode, Minori takes over the main character’s “Japanese culture” class and teaches the students in the Holy Empire of Erdant about the nuances of BL terminology. 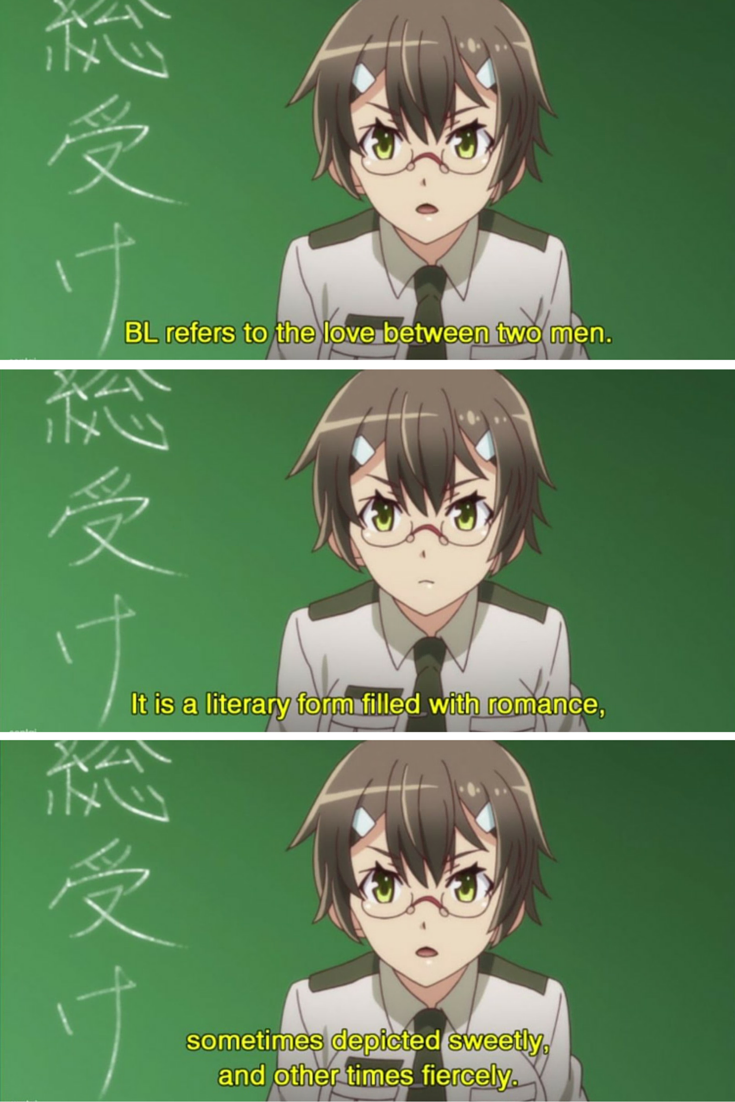 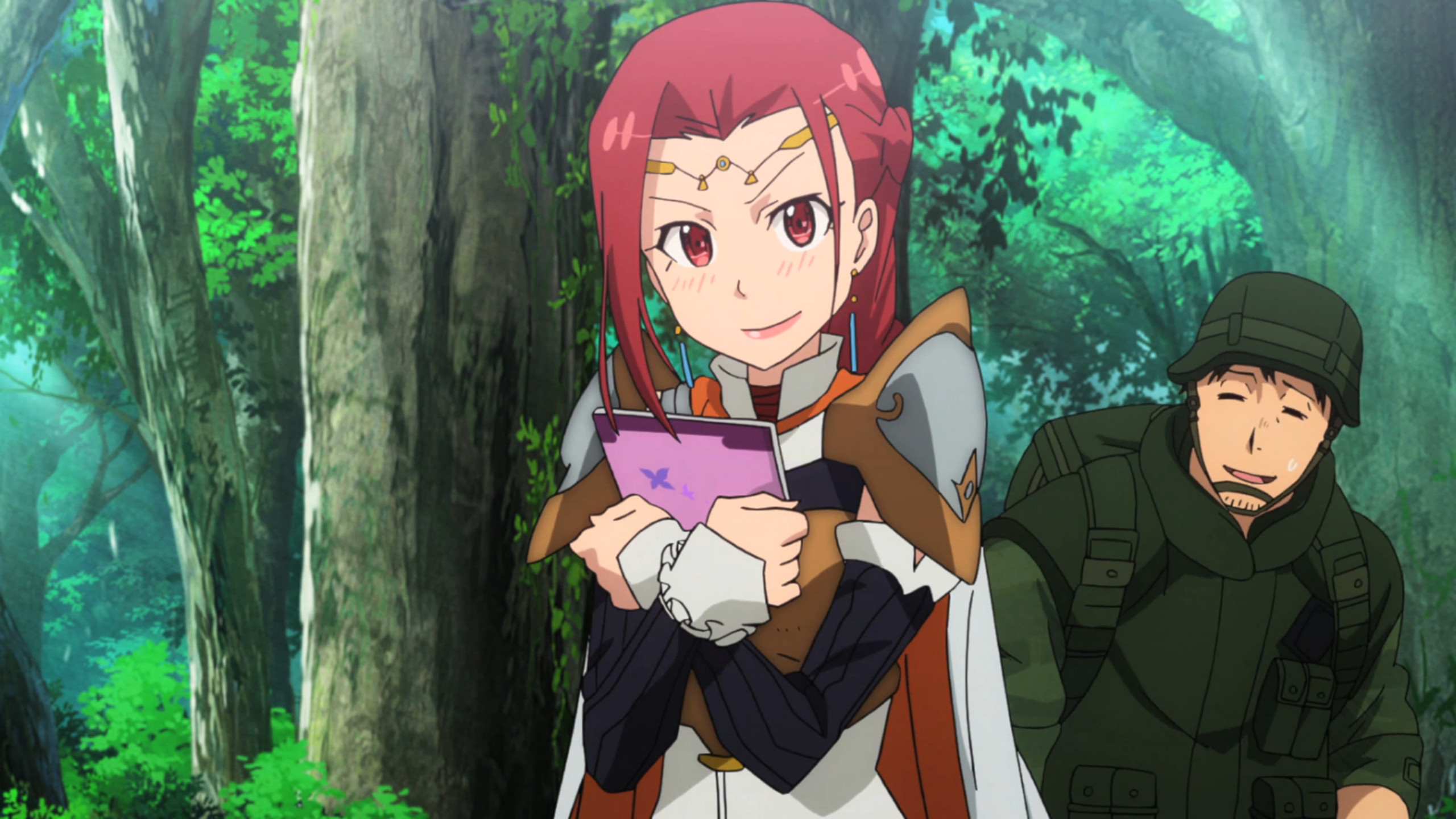 Pina discovered the boys love genre when she traveled through the gate and into our world. She and her commander, Bozes, simply refer to their newly found reading material as… art. Even when she returns to the Special Region, she continues to order “art” from Japan, even going to far as to get it translated into her language for other women to enjoy. 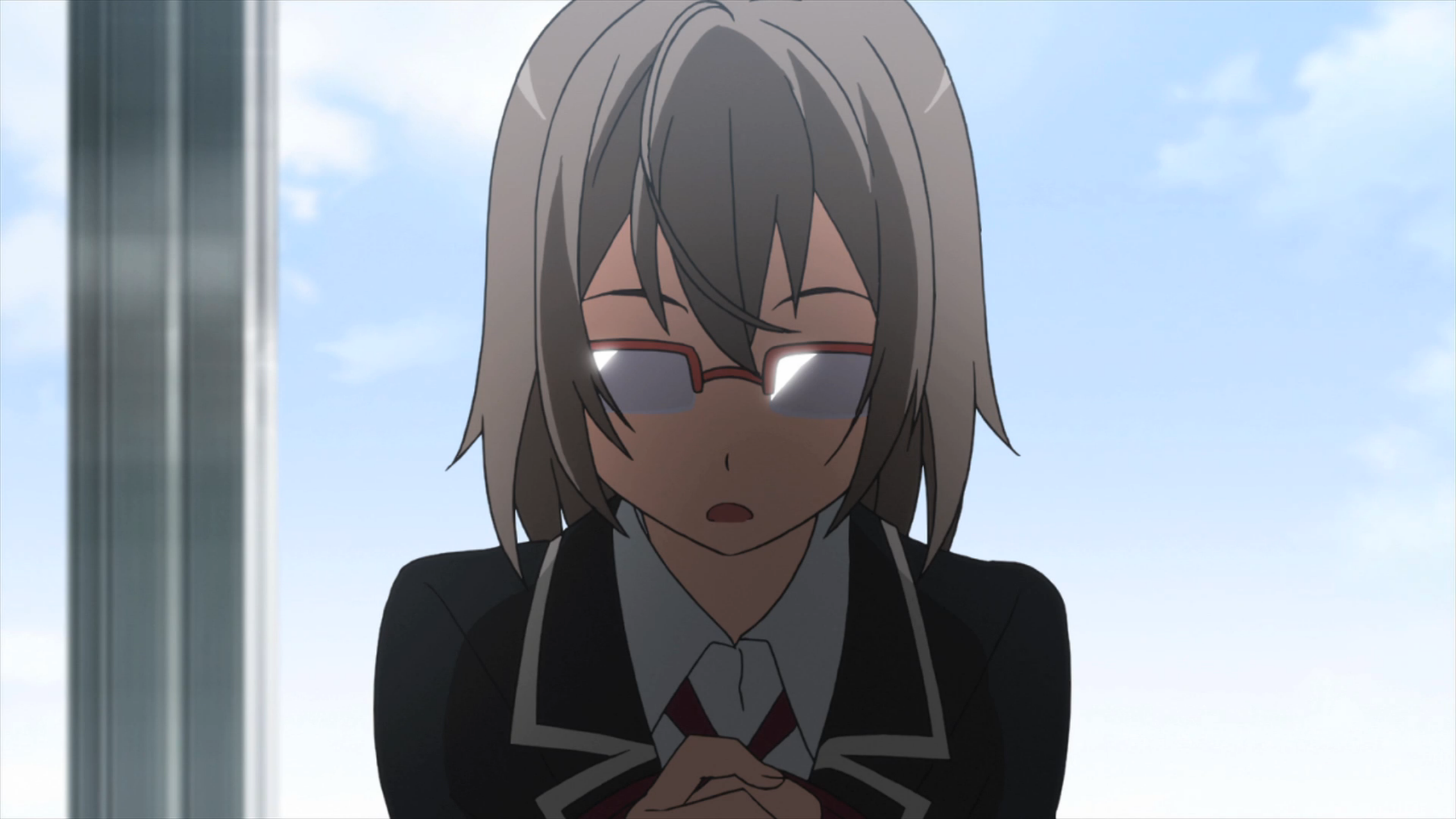 Hina is a capable, creative, and smart young woman with exceptional planning skills. She also loves to imagine elaborate BL scenarios for her male classmates. Although she’s told that she’d be cuter if she kept her mouth shut, we’d much prefer it if she stayed true to her love!

Teruha Andou (Girls Beyond the Wasteland) 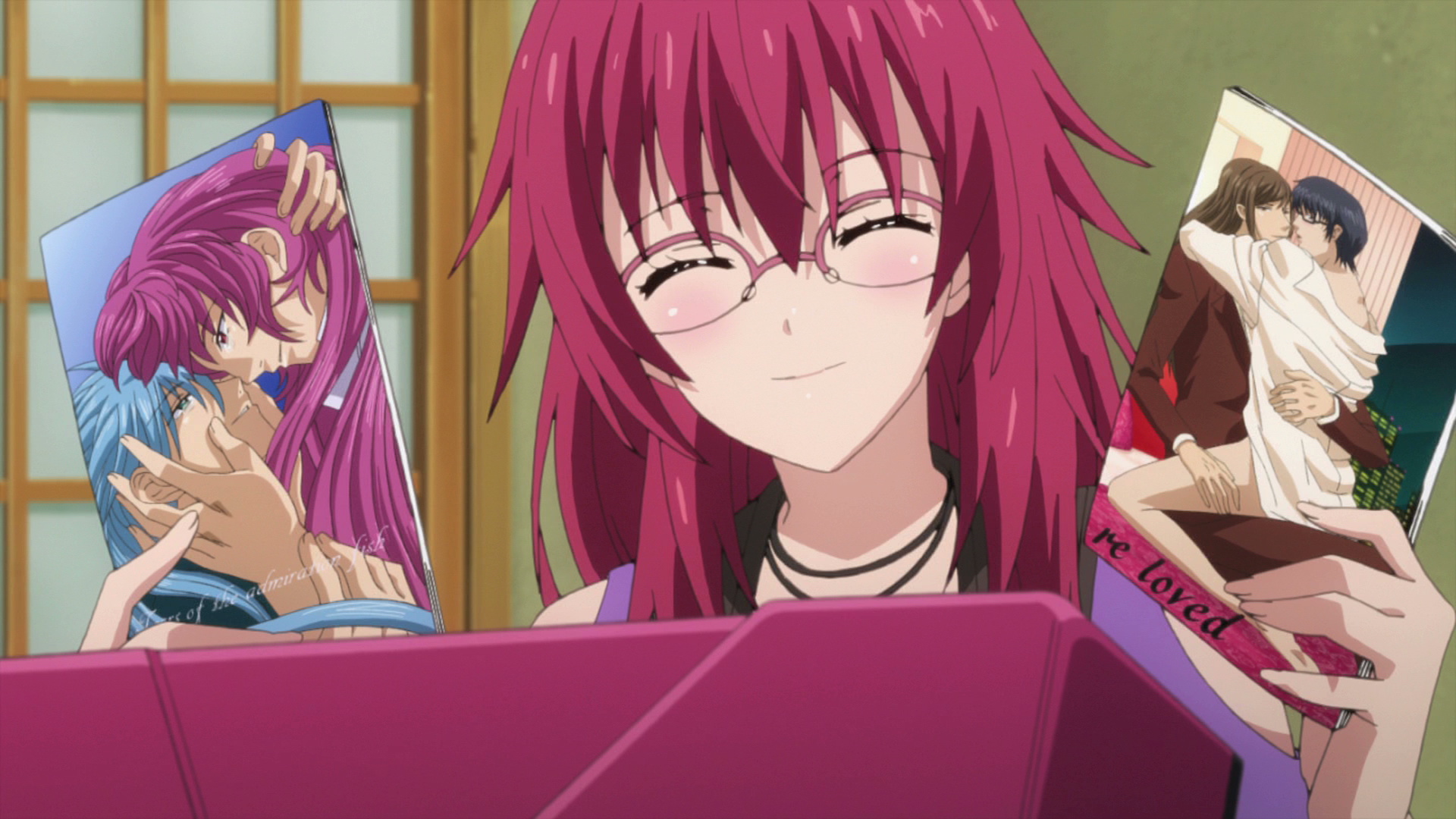 To make their bishoujo game, the group needed Andou as a coder. At first, she wouldn’t agree to code for them unless the game was centered around BL. She eventually came around, but Andou’s uncompromising, and often zealous, love for BL makes her constantly butt heads with the group’s leader.

Anime Has Something for Everyone, Especially for the Fujoshi

They say that art reflects real life, so why wouldn’t we find fujoshi folk who take their BL seriously in anime itself? Regardless, we love these girls and their unapologetic ability to stay true to themselves and the things they like.

The key takeaway here: don’t get between these girls and, as Pina would say, their “art.” Share your thoughts with us on Facebook, Twitter, Google+, and Tumblr.