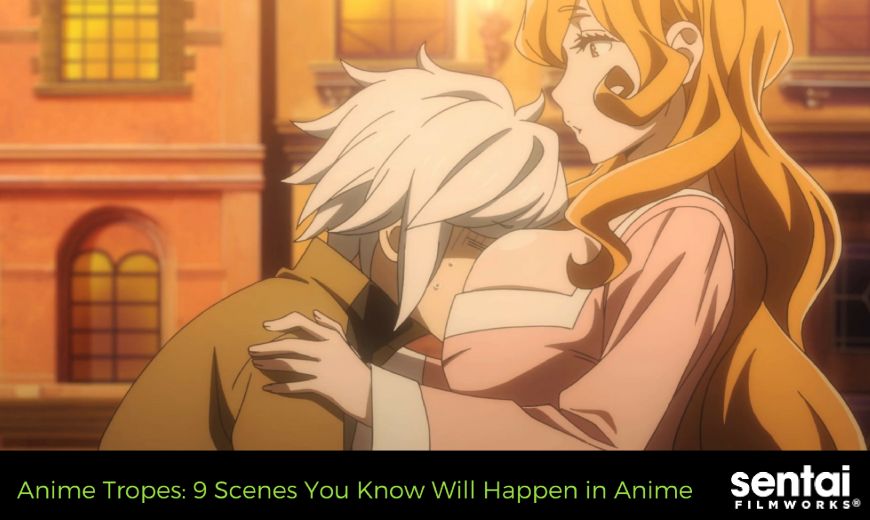 Anime Tropes: 9 Scenes You Know Will Happen in Anime

…but let’s take a look at some specific anime tropes that you should prepare for.

Bring on the Anime Tropes 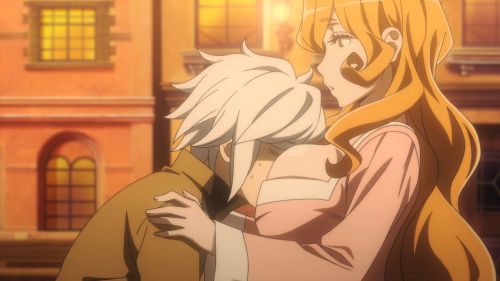 You’ve tripped over something and have begun to tumble forward! Luckily, you saved yourself from falling by grabbing the first thing you should reach which was… bosom. FYI: this is technically only acceptable in anime. Bell-kun from Is It Wrong to Try to Pick Up Girls in a Dungeon? would never have gotten away with HALF of his accidents IRL. 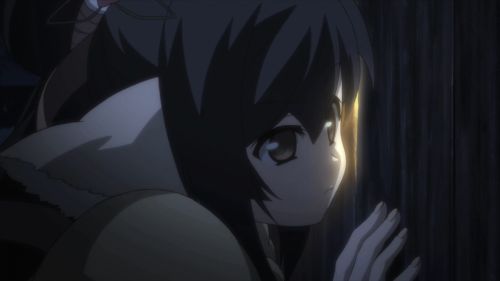 Similar to the accidental grope, you may find yourself in a place where you accidentally see someone changing. Watch at your own risk, as Kuon from Utawarerumono: The False Faces learned the hard way. One way or another, anime main characters tend to get glimpses of their co-star’s undies… or more.

A Tsundere Will Get Pissed Off At You 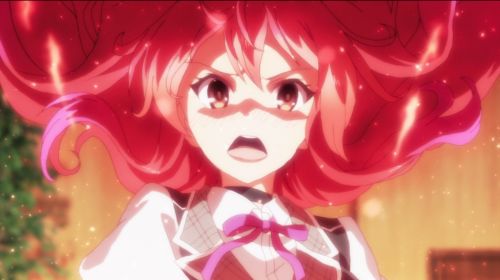 Almost every anime has a tsundere with varying degrees of “tsun.” As an anime trope, you should probably prepare to have your head bitten off by a tsundere at some point, and it most likely won’t even be your fault. Maybe they just don’t like your face, or maybe your actions make them jealous enough to lash out, like Stella from Chivalry of a Failed Knight.

A Trip to the Beach, Hot Spring, or Pool 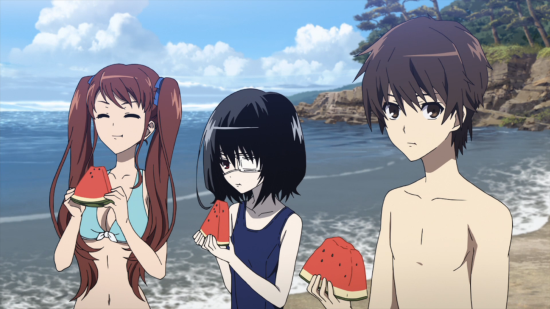 If you’re lucky, your anime hot spring episode won’t be in the OVA. This sublime anime trope guarantees a chance to see your favorite characters in swim trunks and swimsuits. Water-side shenanigans will ensue, and you might even catch a glimpse of the kuudere looking a little happy. Even Another had time for a beach episode!

A Sports Day or Cultural Festival 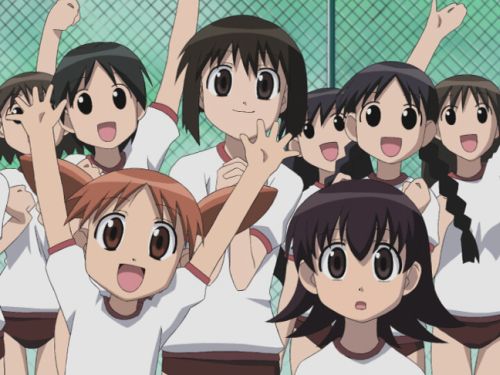 This is a MUST when you’re a high school student in an anime. How else are you going to show off your skills and compete with your rival (which, if you’re the main character, you know you have one)? There’s also the heart-pounding drama of the relay race which, depending on the type of show you’re in, will either be really heartwarming or heartbreaking, like in Azumanga Daioh.

Wind and Lots of It

You can’t deliver dramatic lines or look pensively off into the distance from the school rooftop without your hair and clothes being dramatically whisked away into the wind. Ewww. To be fair, though, this anime trope is present in pretty much EVERY show, even shows as silly as Gugure! Kokkuri-san. 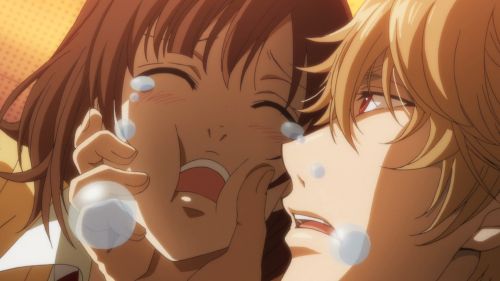 There will always be at least one SUPER hot guy or girl in any anime, so you know that there will be at least one scene where you’ll have to interact with them. Sometimes, the interaction will go well, and sometimes it won’t, like Erica’s experience with super hot Kyoya in Wolf Girl, Black Prince. 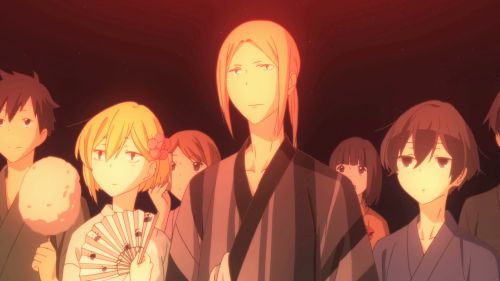 The summer festival, with its traditional games and festival foods, is a perfect opportunity to break out the yukata! You’ll get to see your fellow characters, maybe even your love interest, looking very different in traditional Japanese garb. Even the cast of Tanaka-kun is Always Listless will get traditional for a summer festival.

Your Wardobe Will Never Change! 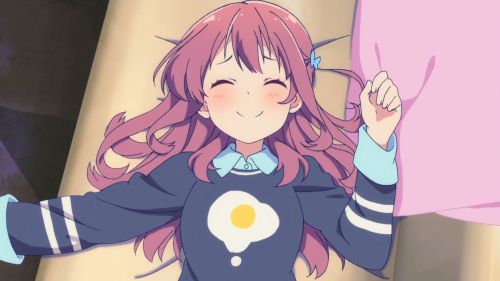 Your hairstyle and wardrobe will stay the same. Get ready to live in your school uniform, or the same T-shirt for the rest of your season. With the obvious exception of a winter story, a vacation, or a festival, your wardrobe should be pretty set. How else are people going to know it’s you without your trademark main character hair cut, or, in Chitose’s case, fried-egg sweater?

Raise Your Hand if You Wish You Were in Anime!

We feel ready to take on all the anime tropes! Are you? Let us know what other anime tropes you’ve come to expect on Facebook, Twitter, Tumblr, and Google+! Make sure you @Sentaifilmworks so we can see it!