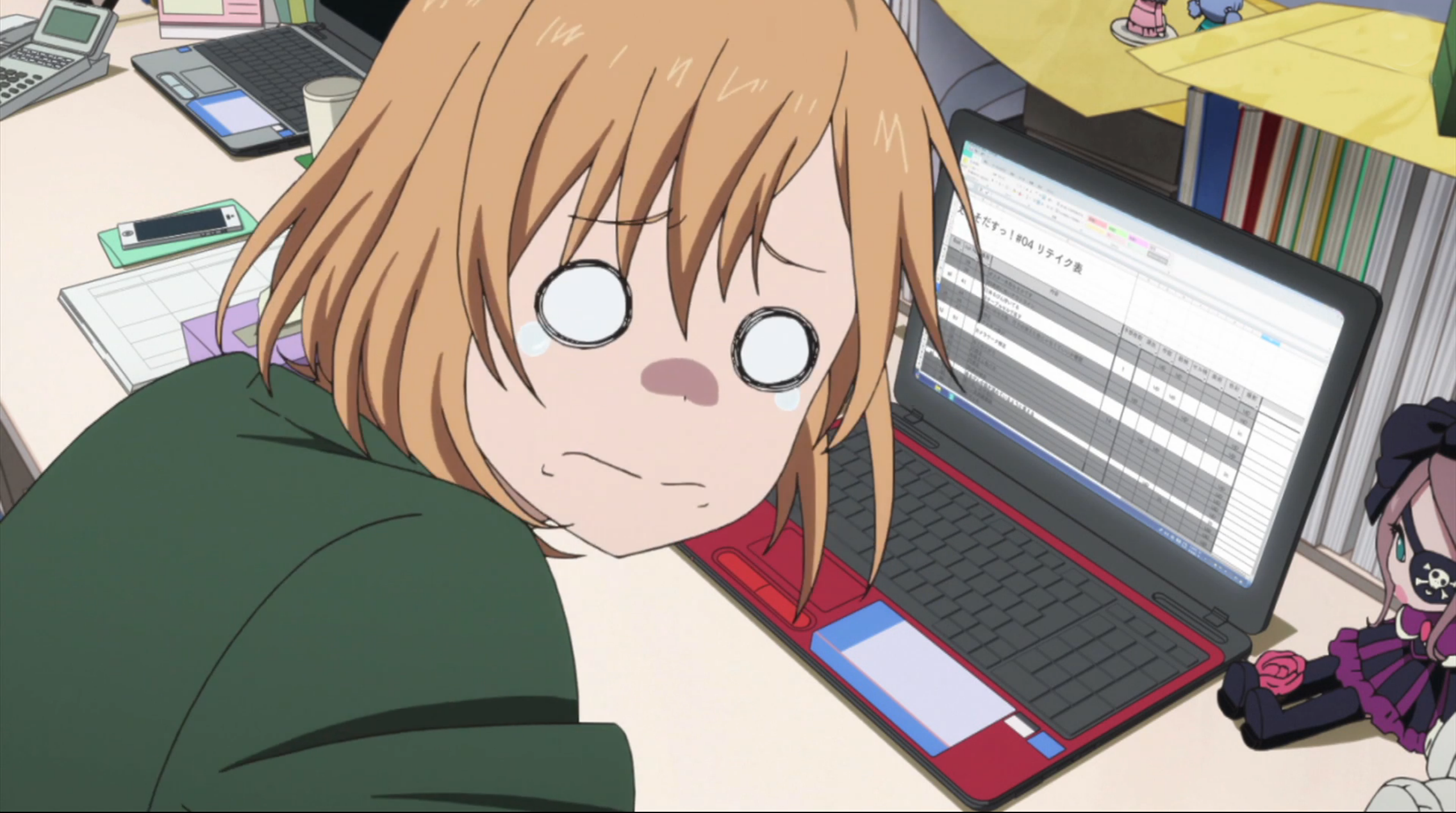 Ask Sentai #19: Aoi - Shirobako of the Year, All Years

Welcome to another edition of Ask Sentai!

UPDATE! In the last Ask Sentai article, we asked our fans to let their voices be heard about a Monthly Girls' Nozaki-kun box set. The response was AMAZING. We got flooded with requests on Facebook, Twitter, and Google+, and we definitely took the time to read through all of them. Thank you all for letting your thoughts be known to us. We truly appreciate your support!

What's the one series not licensed by Sentai do you wish was you had?‎

Strawberry Marshmallow, or Ichigo Mashimaro, which is I guess what people know it more as. Super cute show, and if you follow us on social you know I love cute shows about cute girls doing nothing. This is like the ultimate show for that.

Who's your favorite Shirobako?

Hands down Aoi. Not because the series sort of revolves around her, but because her character was really fun to watch as she ran around throughout the series trying to get things done. Reminds me a lot of some of the people here. The environment is go, go, go around the office sometimes, so Aoi is definitely someone who resonated with a lot of fans in the office. :)

When will Beyond the Boundary Collector's Edition be coming out, and how much will it Cost?

You can find out here! http://www.sentaifilmworks.com/shows/beyond-the-boundary

Do you guys know if Monster Musume is planned to have a dub? Also, will you show it at Anime at the Alamo? I want to know if I should get my costume together for it.

Right now we don't know if it will get a dub or not, but it's pretty popular, so there's a good chance! Eventually I think that... yes, it will be played at the Alamo (there is an Alamo Drafthouse here in Houston which hosts free anime nights.).Can't wait to see your costume!

Do you guys try to get recap episodes and stuff like that if a show has them? I like knowing that I'm getting the full experience when I buy a show, it gives me peace of mind.

Yes, we will try to also get recap episodes. Sometimes, those episodes are added in in the extras section.

Any plans on more T-shirts? I would love a Himouto! Umaru-chan or Shirobako shirt.

I think so! And OMG a Himouto shirt would make my day... if you guys have any suggestions on what kind of shirts you want to see, let us know on social!

"... so make sure to let us know on our social channels that you want a Nozaki-kun box set to happen."

We hear you loud and clear, chief! We actually got a bunch of replies from you guys wanting a Nozaki box set, and I just so happened to show a bunch of them to the right people here in the office on Monday. Now, we wait to see if it was enough to tip the scales in our favor (because I really want one too.) Cross your fingers!

Any chance of acquiring the Higurashi series?

When does the January release calendar come out?

Really, very soon! Can't give an exact date, but keep your eyes open. ;)

Have you (Sentai Social media guy) ever voice acted in a series that Sentai has dubbed? If you have who? If not, what character would you like to voice act for in Sentai's lineup?‎

I think I was in an episode of Devil Survivor 2 as "Comment Center Guy" haha. It was a really fun, but nerve racking experience! It was only a few words, but even that was a little scary, but very exciting! Haven't done it since then, but I would love to be somewhere in Nozaki-kun just to say I was. ;)

1) What is the official English title of this Anime? "Monster Musume" or "Monster Girls: Everyday Life with Monster Girls"? There is a huge debate about it in WIKI.https://en.wikipedia.org/wiki/Talk:Monster_Musume 2) When will the anime be released on Blu-ray? Can't wait to buy it. Thank you.

The official title is Monster Musume: Everyday Life With Monster Girls. No timetable yet on an actual release, but it will come eventually!

Any chance we'll see more of your shows on Hulu?‎

Yes, of course! We strive to put everything we can on as many streaming platforms as possible, and Hulu is one of the biggest ones. All of our simulcast acquisitions eventually make their way there, so there's a steady influx of new content for you to enjoy.

A couple of weeks ago you announced the Brynhildr in the Darkness cast list. Can you tell me if you are putting it out uncensored?

Yes, and for those of you who are curious, here is the cast list: http://www.sentaifilmworks.com/news/official-brynhildr-in-the-darkness-english-dub-cast-list

As for your other question, yes: our release will be uncensored. Bye bye, steam clouds!

Will the Parasyte English dub cast be announced before it airs?

We actually got a good response from not revealing the entire cast of Akame ga Kill! before it aired on Toonami. Fans were really excited for episodes with new characters because they didn't know who would voice them. I imagine we will do the same for Parasyte, but you never know!

That's it for this edition! Next time we'll look into how to keep your shovel clean during a zombie apocalypse. See ya!