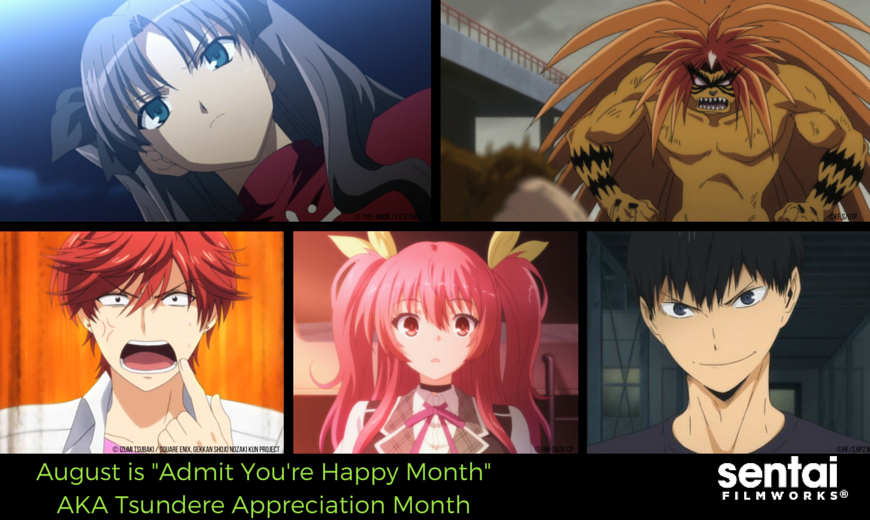 August is "Admit You're Happy Month" AKA Tsundere Appreciation Month

Not kidding – August is listed across the interwebs as “Admit You’re Happy Month.” Being anime folk, our minds took this phrase and instantly applied it to one of our favorite character types: the tsundere. For those of you who didn’t already know, a tsundere is a character type which is (simply) described as “one who is hard on the outside, and soft on the inside.” 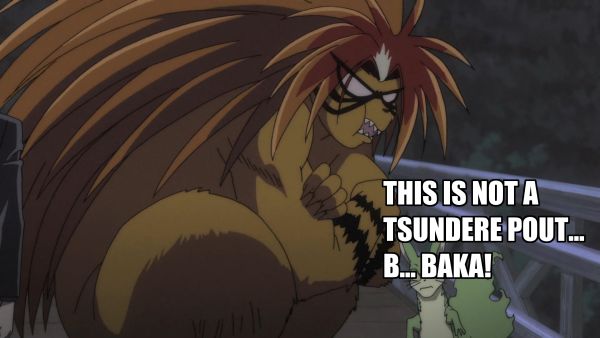 They are often the character that will act mean in public (especially to people they like), and then stammer and scream “Idiot!” when embarrassed. If you’re still confused, or maybe wondering if YOU are technically a tsundere yourself, maybe these examples will give you clarity. 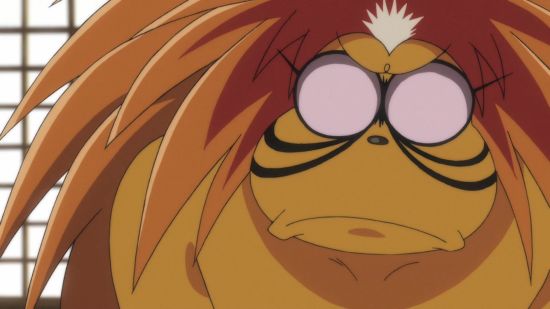 Despite the fact that Tora is always threatening to eat humans and wreck destruction, it’s clear to see that he’s just a big teddy… tiger, especially when it comes to his “partner” Ushio. He even has a soft spot for Mayuko, a human girl who feeds him hamburgers (not that he’d ever admit it out loud). We think Tora’s version of “B… baka!” is, “I’M GONNA EAT YOU.” 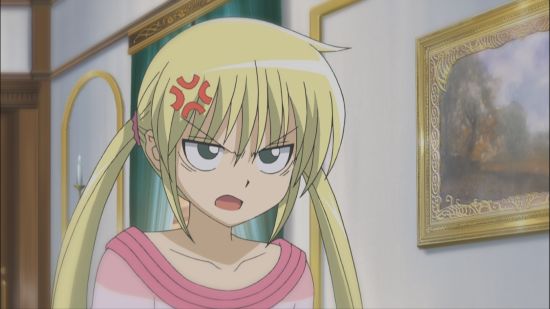 It takes Nagi several seasons to even start being honest about her growing feelings for her butler, the title character, Hayate. As the young mistress of a very wealthy family, Nagi seems spoiled, and she just can’t seem to admit how happy she is when she’s interacting with the others in this crazy cast. 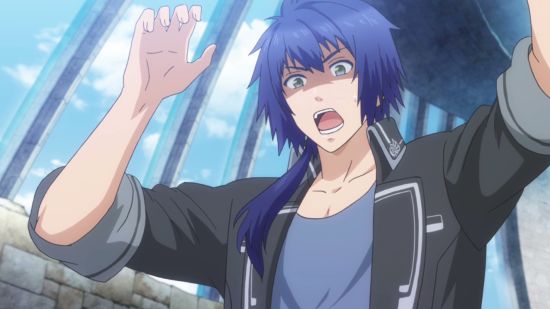 We’re pretty sure his grumbles and random outbursts mean, “I’m tolerating you because I like you, but you’ll never get me to admit it, OKAY?!” He’s the last one who’ll acknowledge his feelings aboard the flying ship Norn, but Akito is probably one of the most loyal members aboard. 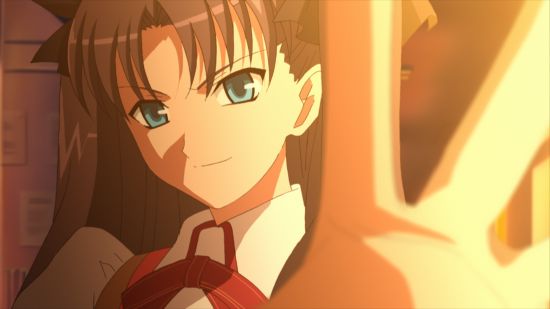 Don’t let this face fool you: Rin may look like she wants to sic her Servant on you and make you beg for mercy, but she’s the onee-chan/big sister you never knew you needed. She treads that fine line between playfully mischievous and seemingly cold and calculating, but this girl could use a dose of admit-you’re-happy. 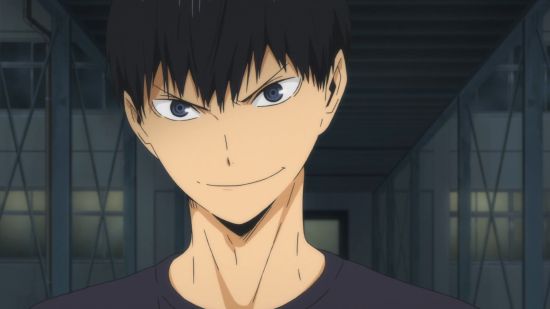 There’s a good friend hiding underneath all those layers of gruff, and, of all the people on this list, Kageyama is probably the last person who will ever admit that he’s happy, especially in front of his teammate and rival, Hinata. Not that he can really help it sometimes. Case in point: 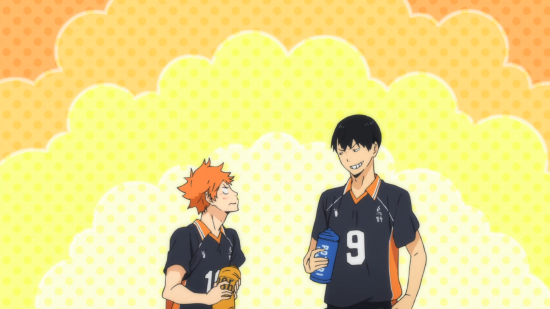 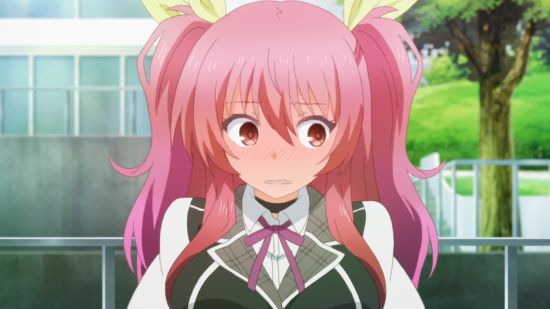 It’s easy to write Stella off as a typical pink-haired tsundere, but she’s more complex than you’d think. Stella is kinder than she wants to others to know, and more open minded than the rest of the student body, especially in regards to her genuine respect for her roommate, the school’s so-called “Worst One.” 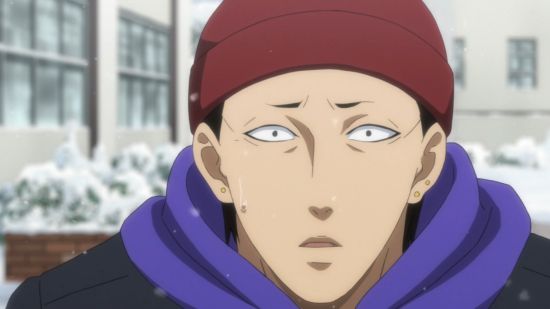 His real name is Atsushi Maeda, but we, and the rest of his crew, know him as “Acchan.” On the outside, the boy is a pure delinquent with a chip on his shoulder, but in the presence of his idol/rival Sakamoto, he’s an excited school boy who’s willing to blow bubbles behind the school instead of cigarettes. 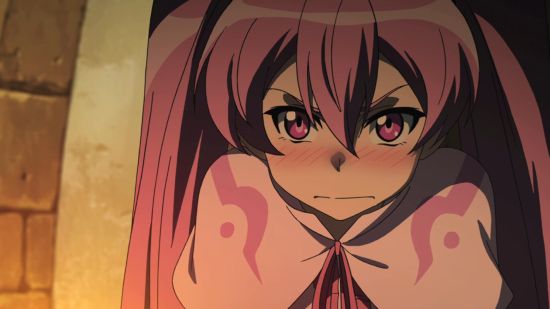 You didn’t think we’d go through a tsundere countdown without mentioning our favorite Pumpkin-slinging assassin, right? Mine is a classic example of the “I hate you [boy I like]! Get out of here! Where are you going? I didn’t mean it that way… GAH! Don’t you dare get yourself killed!” type of girl. She’s like a pink-haired sweetheart… of vengeance. 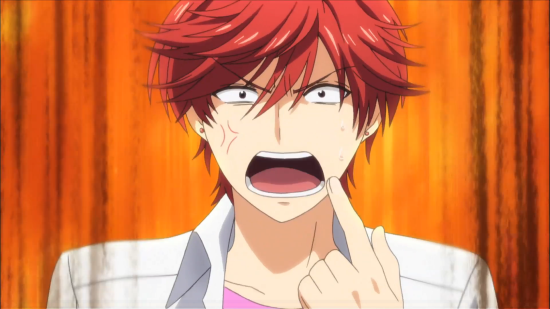 Lastly, Mikoshiba (aka “Mikorin”) is regarded as the ultimate ladies’ man: he’s an attractive smooth-talker… who can last roughly a minute until he collapses into a puddle of embarrassment. He tries to be a princely flirty-type, and his failures are nothing short of cringe-worthy. Sorry for laughing at you, Mikorin, but admit it: you’re happy that you’ve found people who love this side of the real you!

Admit You’re Happy – You Can Do It

If these characters can admit they’re happy by the end of their series, you can too, right? Everyone has a favorite tsundere character: share yours with us on Facebook, Twitter, Tumblr, and Google+.