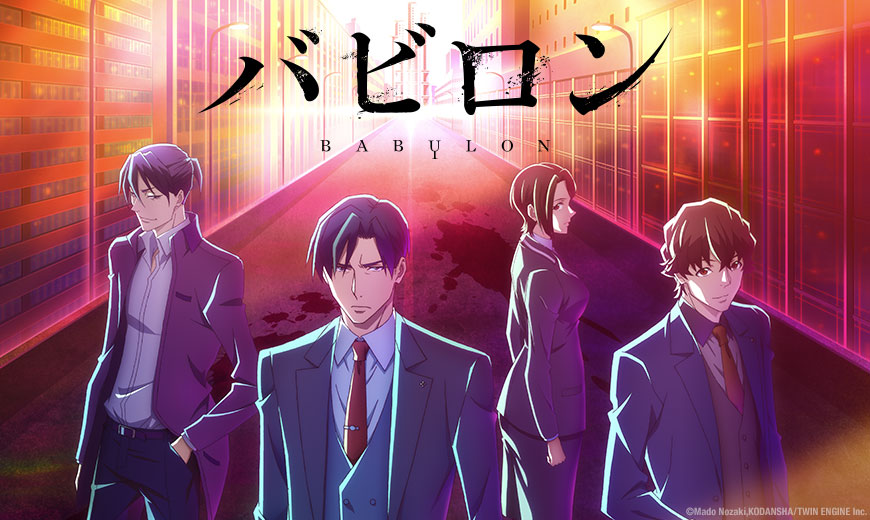 HOUSTON, TX — February 11, 2021 — Sentai announced today that it acquired rights to the suspense-filled thriller Babylon, the anime series based on Mado Nozaki’s popular light novels. Sentai plans to release the series on Blu-ray as well as digital sell-through via select outlets.

Zen Seizaki, dedicated prosecutor with the Tokyo District Public Prosecutors Office, is assigned a seemingly cut-and-dry case of false advertisement on part of a pharmaceutical company. But what starts as a routine investigation soon turns into something much darker, the strange details of the case painting a portrait of corruption and deceit that permeates the mayoral election being run in the newly formed Shiniki District. Soon Seizaki discovers depravity that puts at risk the very fabric of the Japanese justice system — not to mention Seizaki’s own sense of right and wrong.

The series will be released on home video, including Blu-ray and digital sell-through, in Spring 2021.