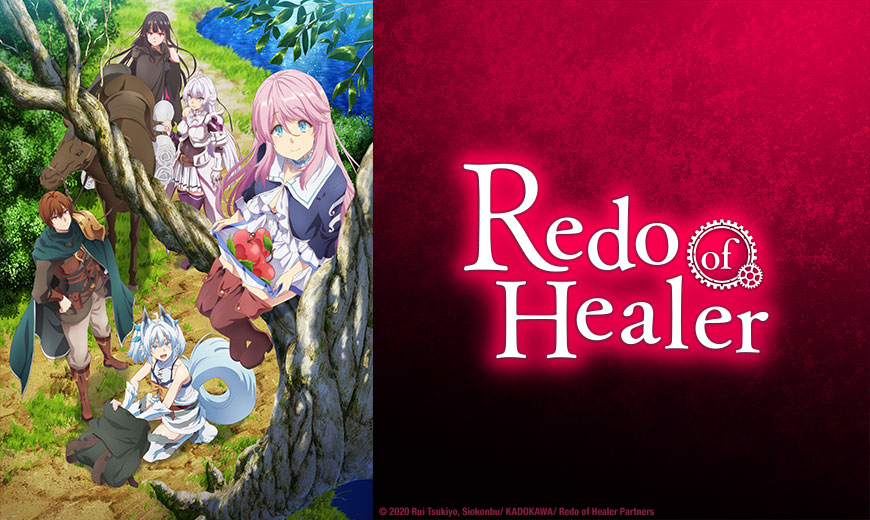 In a dark world of monsters, adventurers and mages, some of the most gifted healers are subjugated to brute force even by the hands of their compatriots. But one mage, Kayal, gains the ability to rewind time, turn the tables and right all wrongs.

The series stars Yuya Hozumi (My Girlfriend is Shobitch) as Keyaru, Ayano Shibuya as Flare Arlgrande Jioral, and Shizuka Ishigami (Why the hell are you here, Teacher!?) as Setsuna. Minami Kuribayashi (Kämpfer) performs Redo of Healer’s theme song, “Zankoku na Yume to Nemure.”

The series will be available on select digital outlets in Winter 2021, with a home video release to follow.