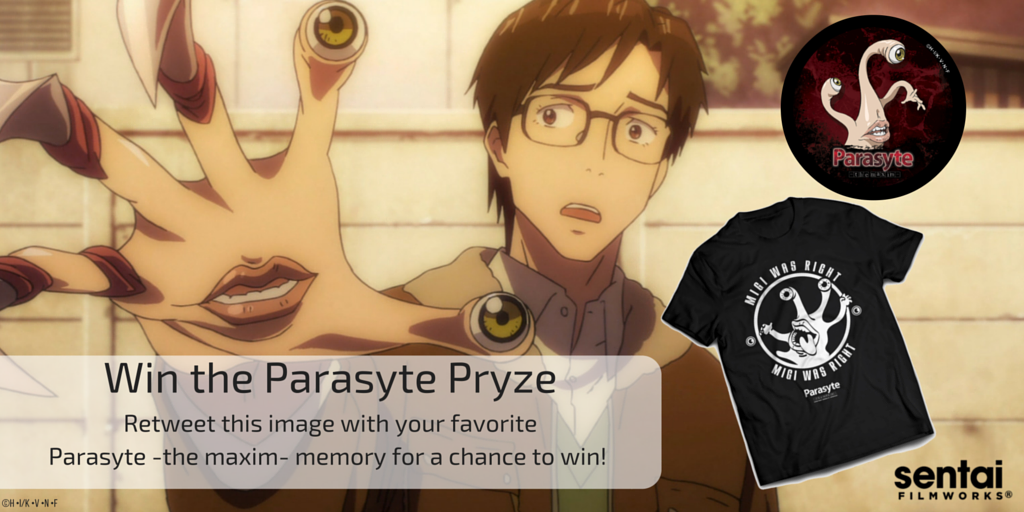 Enter to Win a Parasyte Pryze!

Parasyte -the maxim- invaded Toonami in October 2015, and what a heart pounding (and, at times, heart-breaking) ride it has been. Since the last episode is airing this Saturday, April 9, 2016, we thought we’d end this series with a bang for our Toonami faithful audience!

A Parasyte -the maxim- button AND… 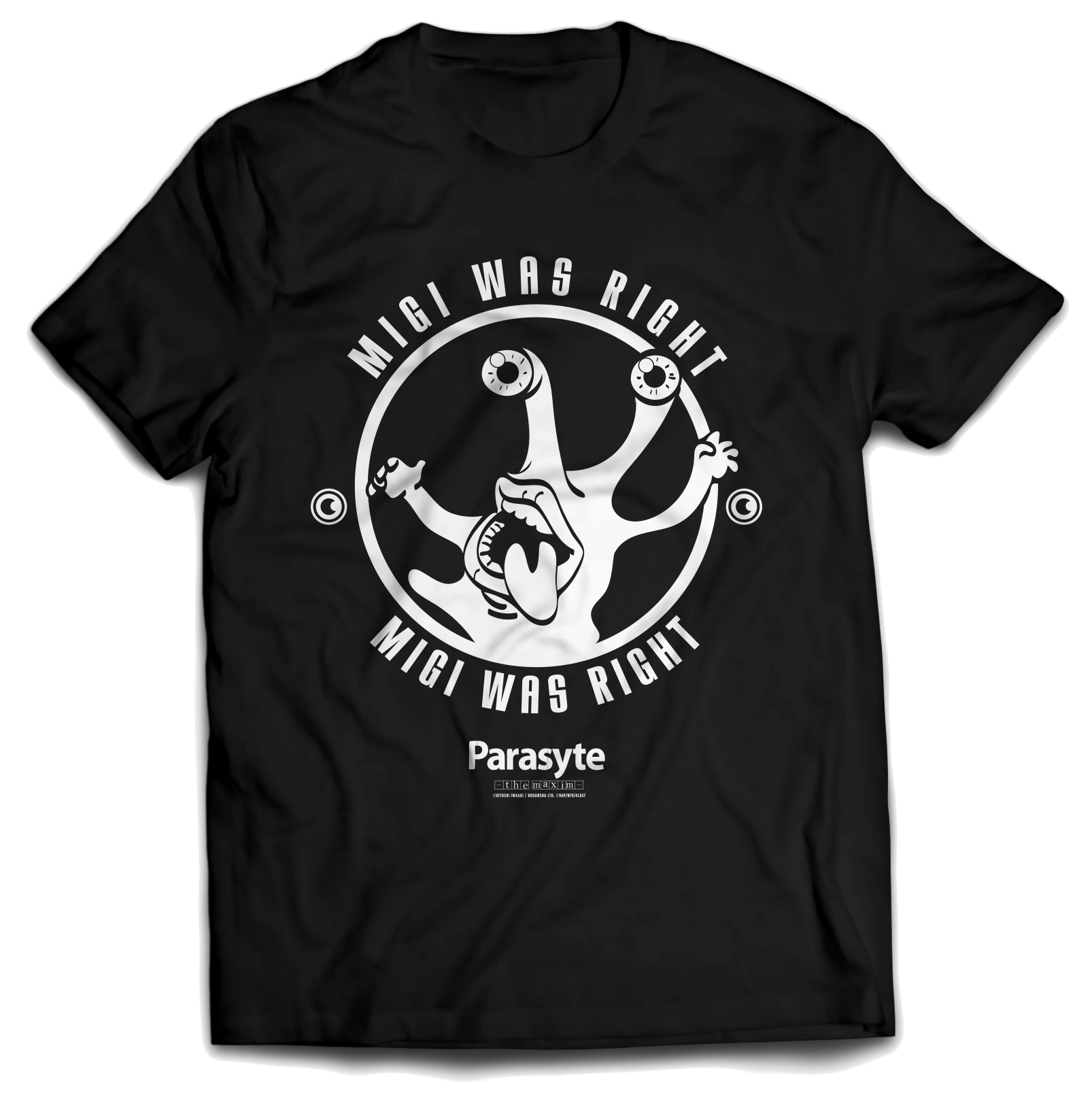 Official Rules for the Parasyte Pryze

Please note that the giveaway will only be available to entrants who are 18 years old or older and are also residents of the continental USA.

The last #Parasyte episode airs on #Toonami this Saturday. Play along for a chance to win the #ParasytePryze! pic.twitter.com/AS2jy6gSKK

Sentai Filmworks will select a random winner among the responses to win the Parasyte Pryze on Saturday, April 9th at 11:00 PM CST, so be sure to join the Live Tweet that night. We’ll reach out to the winner via Direct Message on Twitter and announce who won during Parasyte -the maxim-'s second commercial break.

Another Parasyte Pryze Coming on April 9

We have ANOTHER giveaway coming your way, but you’ll have to tune in on Saturday night to see it. We’ll announce this special prize for our loyal Toonami viewers at 11:00 PM CST on our Twitter and Facebook page.