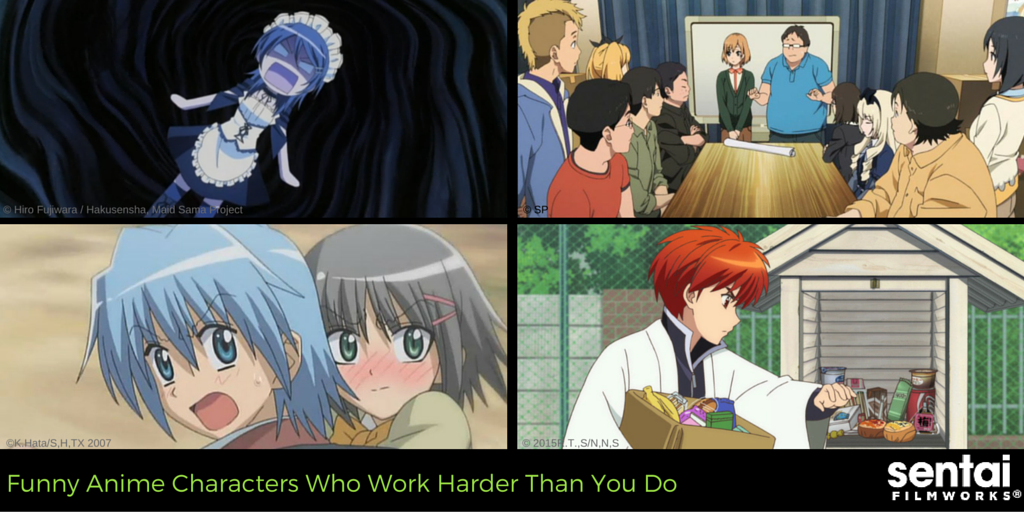 Funny Anime Characters Who Work Harder Than You Do

Happy (Future) Labor Day from your friends at Sentai Filmworks! Many of you are probably enjoying a well-deserved three day weekend where you can sit back and binge watch comedy anime to your heart’s content.

If you aren’t off, we’re sure you can identify with the following hard-working anime characters. 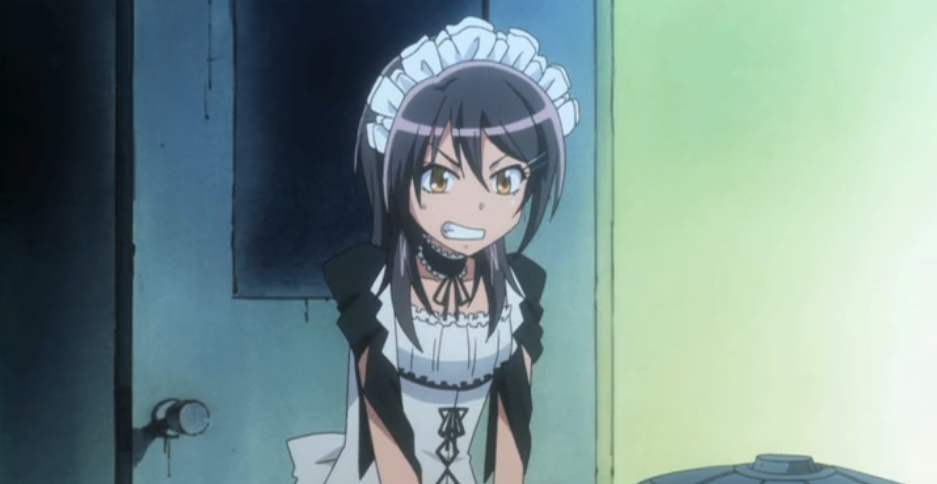 Misaki is the student council president in a school which was previously an all-boy’s high school. When she isn’t in class, though, she works as a waitress in Neko Maid Café. She chooses not to leave because the money is good (don’t we all know THAT feeling?!), and she has to keep her part-time job a secret to protect her reputation at school. She really can’t catch a break. 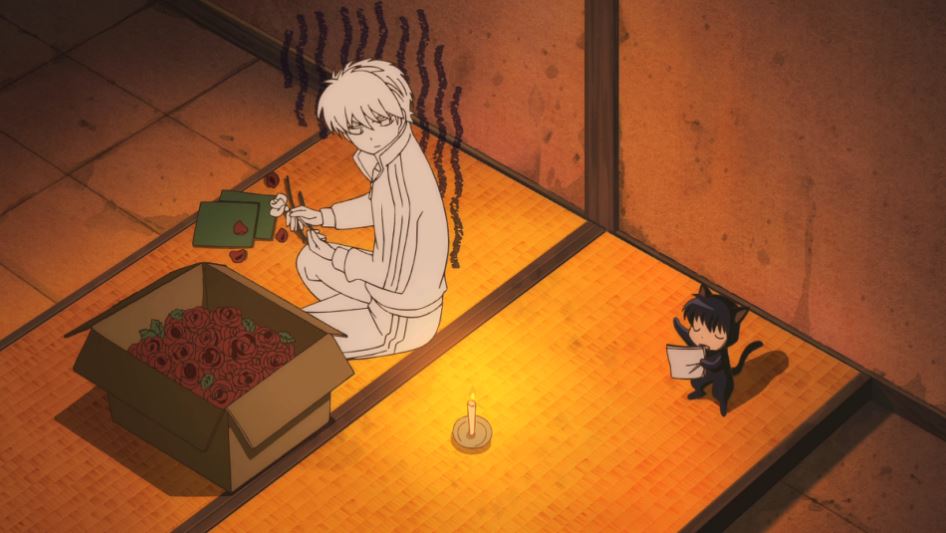 If Misaki in Maid-Sama can’t catch a break, then the main character in RIN-NE is simply broke. Rinne Rokudo is a half-shinigami-half-human-kind-of-thing, and he has to work several jobs to pay off a debt he should never have been responsible for. In-between guiding restless spirits to the afterlife and exorcising evil spirits, he makes paper roses to sell for petty change and food money. 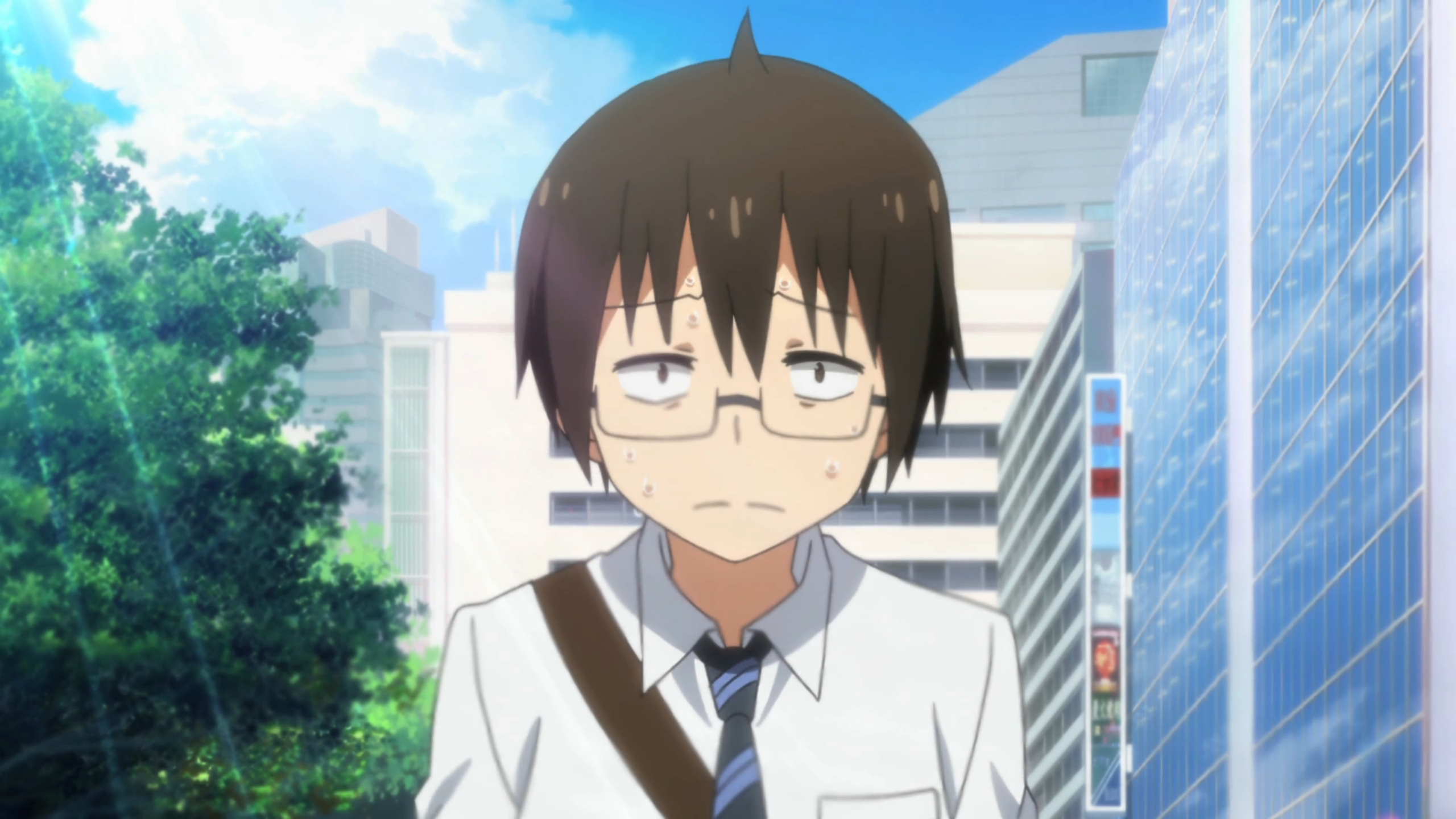 Even though he’s not the title character in Himouto! Umaru-chan, poor Taihei Doma is the hardest working person in this newer anime comedy series. When he is NOT cooking, cleaning, and/or fighting with his little sister, Umaru, he’s a hardworking salary man. Needy people seem to follow Taihei wherever he goes, considering that even his coworkers need babysitting. 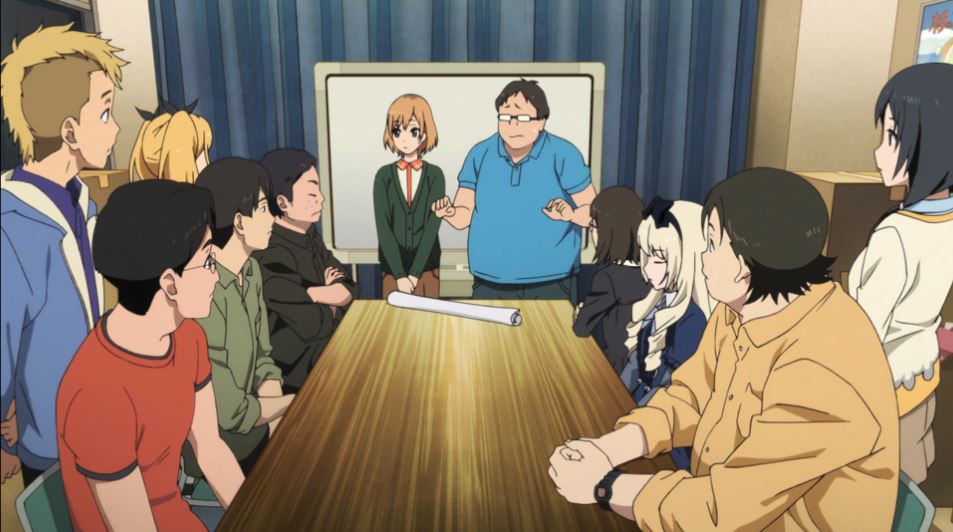 No breaks or off days for ANYONE in this comedy anime title. Shirobako is an anime… about making anime. These characters are frantically struggling through a super-tight anime production schedule, some of them spending late evenings in the office. You spend time sitting in on their production meetings, rushing to see different artists, and trying to understand what the director is thinking. If it’s possible for an anime to make you feel tired… it’s this one. 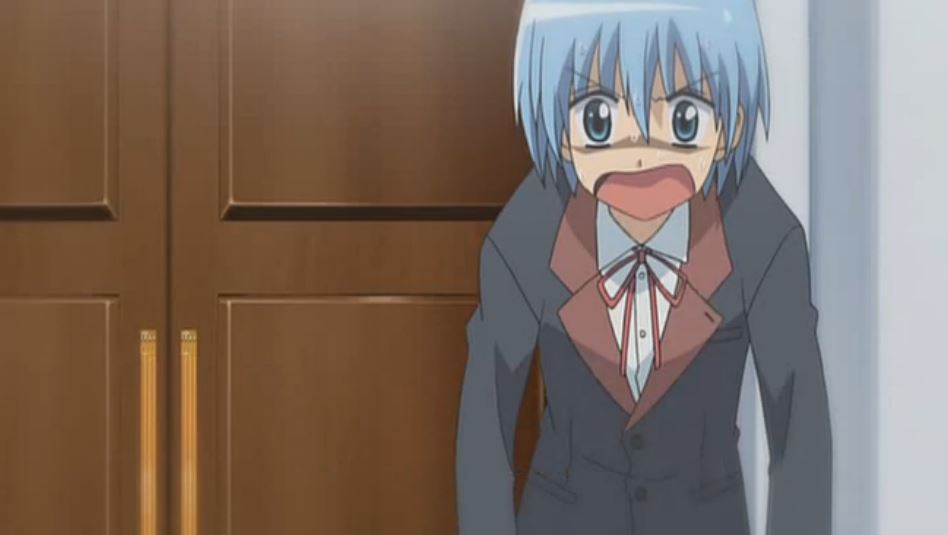 If the title didn’t clue you in, the title anime character in Hayate the Combat Butler! has a lot to deal with, to put it mildly. Not only does his employer have a terminal case of tsundere, he often has to compete against other butlers who specialize in different, often eccentric, forms of combat (hint: one such butler challenged him to a Duel Monsters battle). No break for you, Hayate!

If you’re feeling a little more grateful for your Labor Day weekend, you’re welcome. Let us know on Facebook, Twitter, or Tumblr what YOU’RE planning to binge watch this weekend!