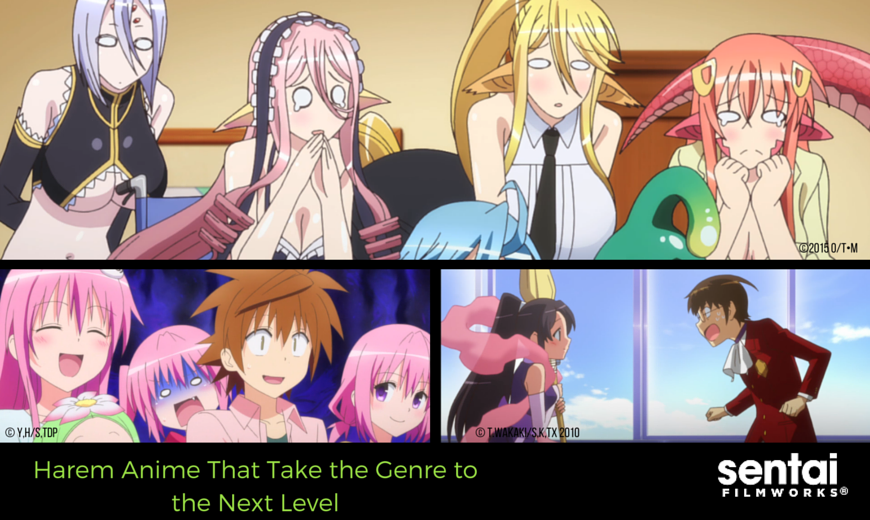 Harem Anime That Take the Genre to the Next Level

One boy, too many girls. As anime fans, we’re all too familiar with THAT formula: the beloved harem anime storyline. However, there are some harem anime titles that take the genre, inject it with love-steroids, add extra skin, and blind us with strategically placed bars of light.

The World Only God Knows 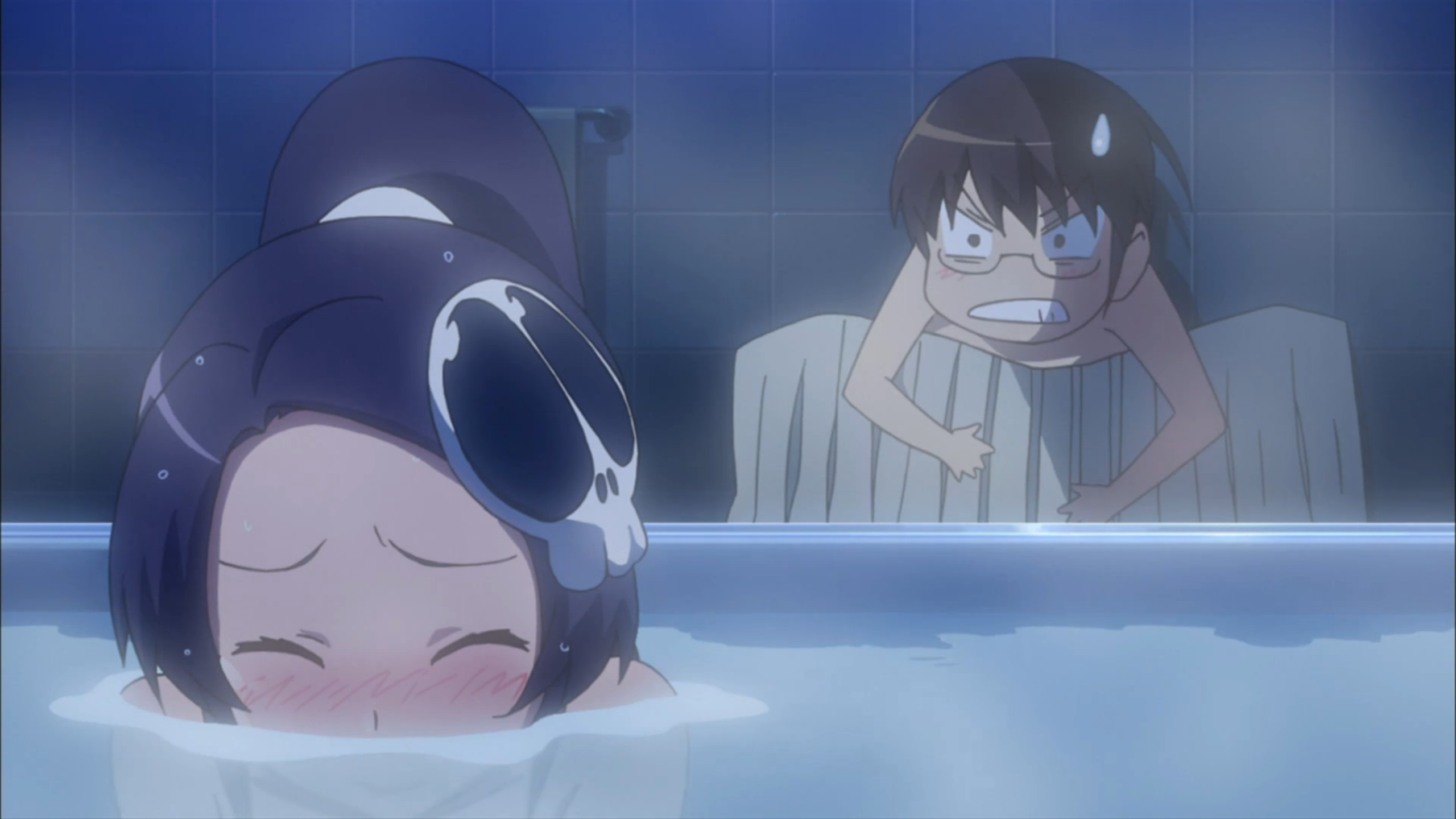 Keima, aka the God of Conquest, is a respected figure in the dating sim community because of his ability to make any 2D girl fall in love with him. Problems start to grow (and so does the harem) when he’s tricked into a contract with the demon Elsie and begins to help her hunt down loose souls from Hell. The only problem: in order to flush out the loose souls from their hiding place in the human heart, Keima has to make each of the possessed girls fall in love with him! 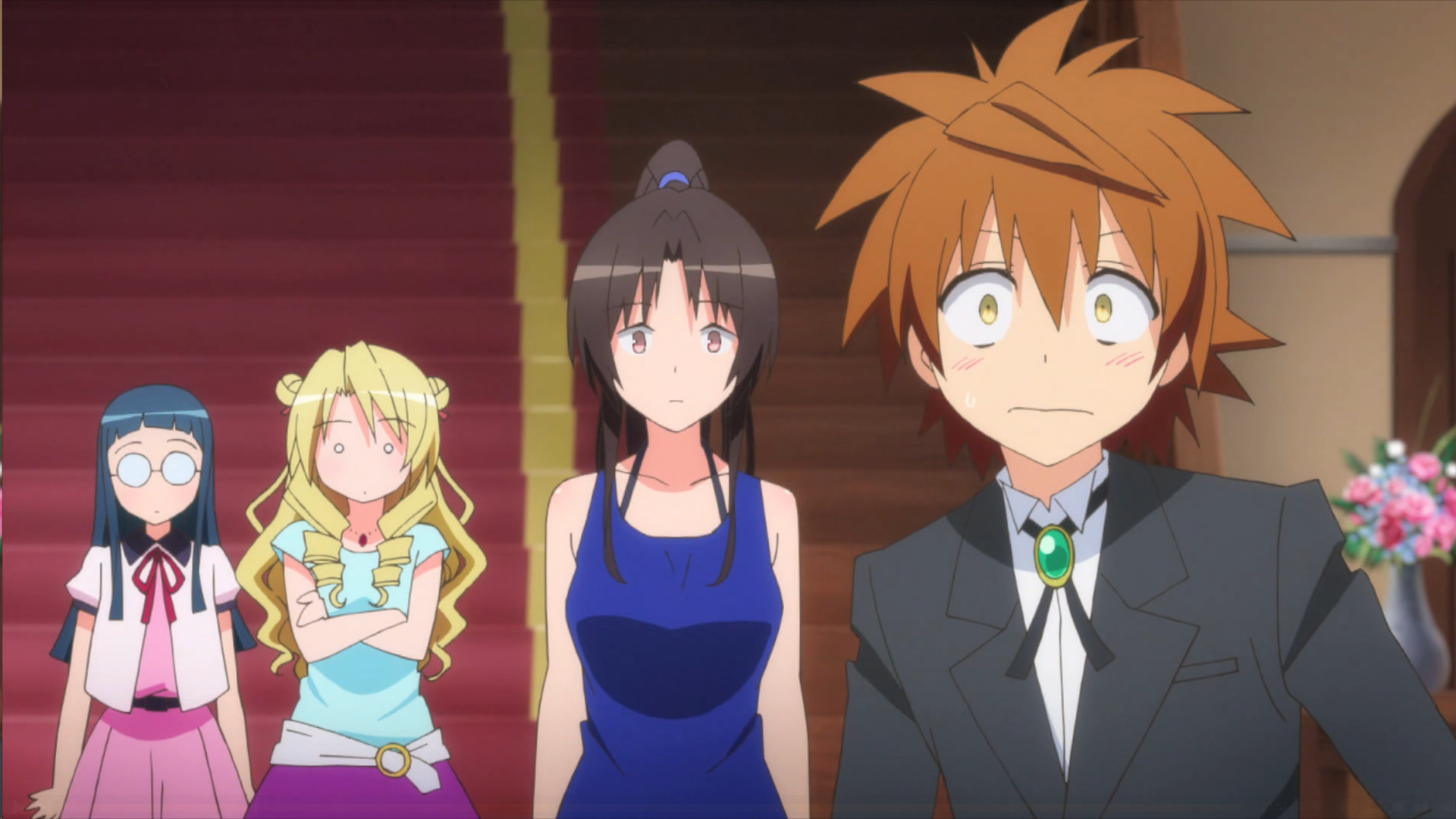 The To Love-Ru franchise is an out-of-this-world harem to the accident prone Rito Yuki. The first girl to start the chain reaction is none other than the first princess of the planet Deviluke, Lala, when she lands on earth… in Rito’s bathtub. In a rather impressive display of censorship, entire scenes from this mature anime series will sometimes be awash in bright white light or steam, whichever is more appropriate. 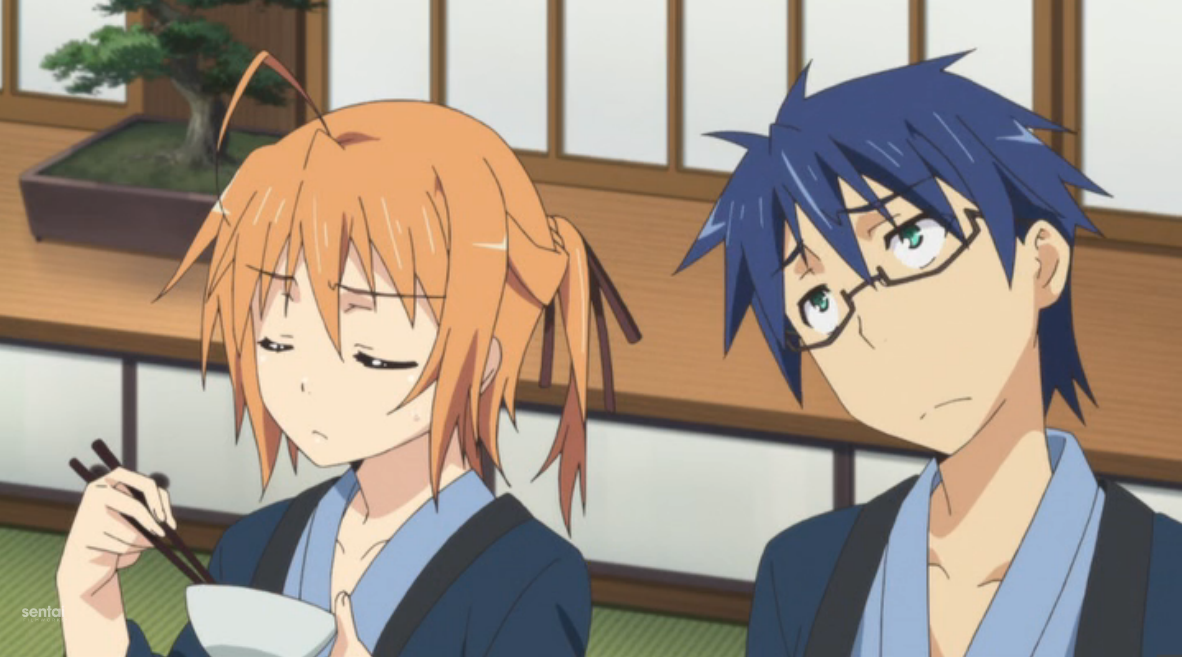 Introducing a male harem anime character… who’s terrified of girls. With his severe case of gynophobia, Kinjiro Sakamachi has a classic anime nosebleed EVERY SINGLE TIME a girl touches him. The plot begins when he discovers that Subaru, the handsome butler of the school principal’s daughter, is actually a girl… when he walks in on her in the bathroom. Cue the nosebleeds, skirt shots, bouncy-bouncy lady parts, moments of mutual understanding, and all the classic awkward situations that make harem anime charming. 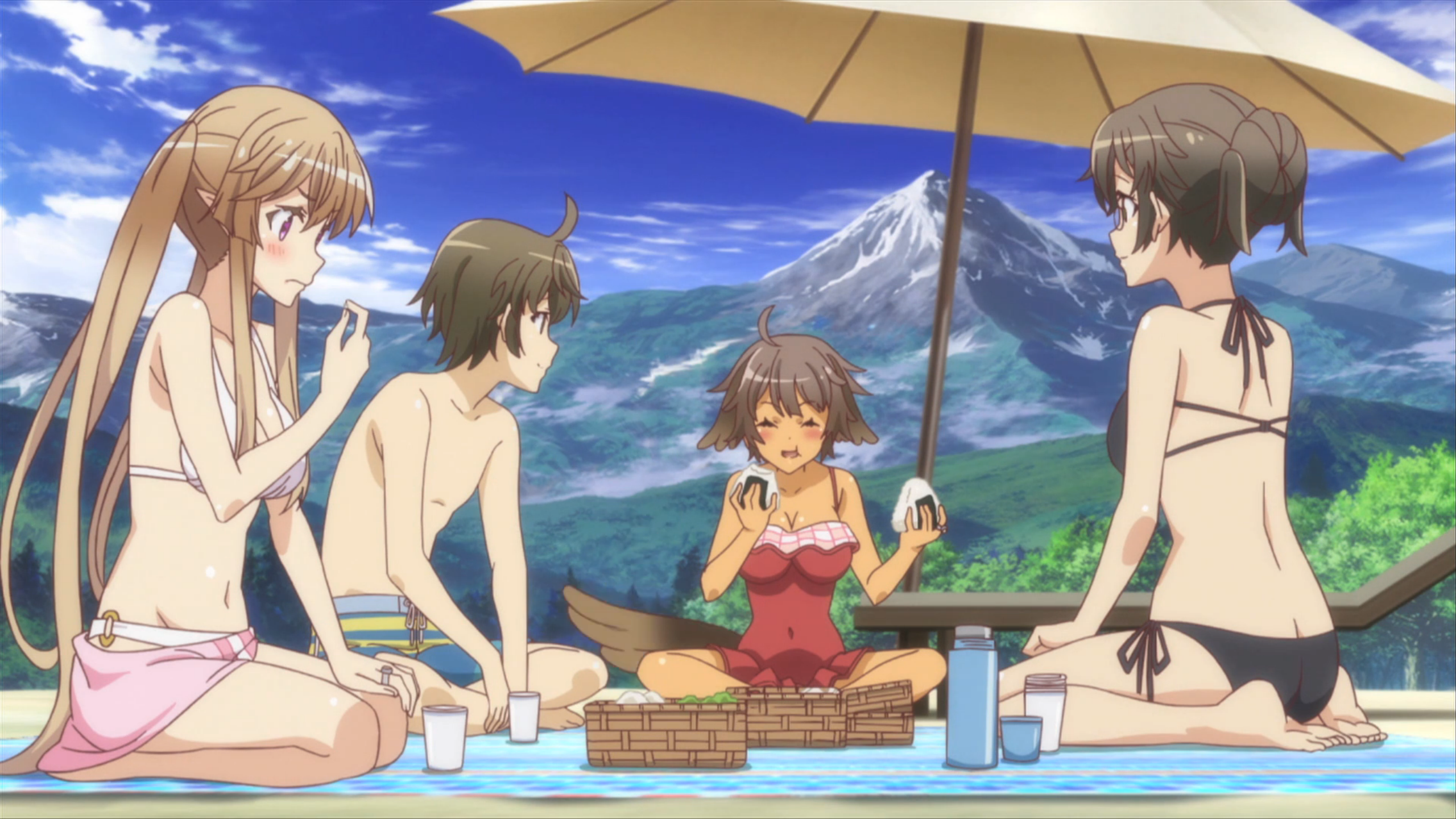 Shinichi Kano is an otaku who is fortunate enough to be sent by the Japanese army to another world where his vast knowledge of all things anime, manga, and sims are actually valuable! He teaches the denizens of the other world the glory of his passions, to (you know) share the uniqueness of Japanese culture. While his harem is relatively small (in comparison to the rest of the boys on this list), Shinichi still gets to live out the tropes of his fantasies, including his very own swimsuit episode. 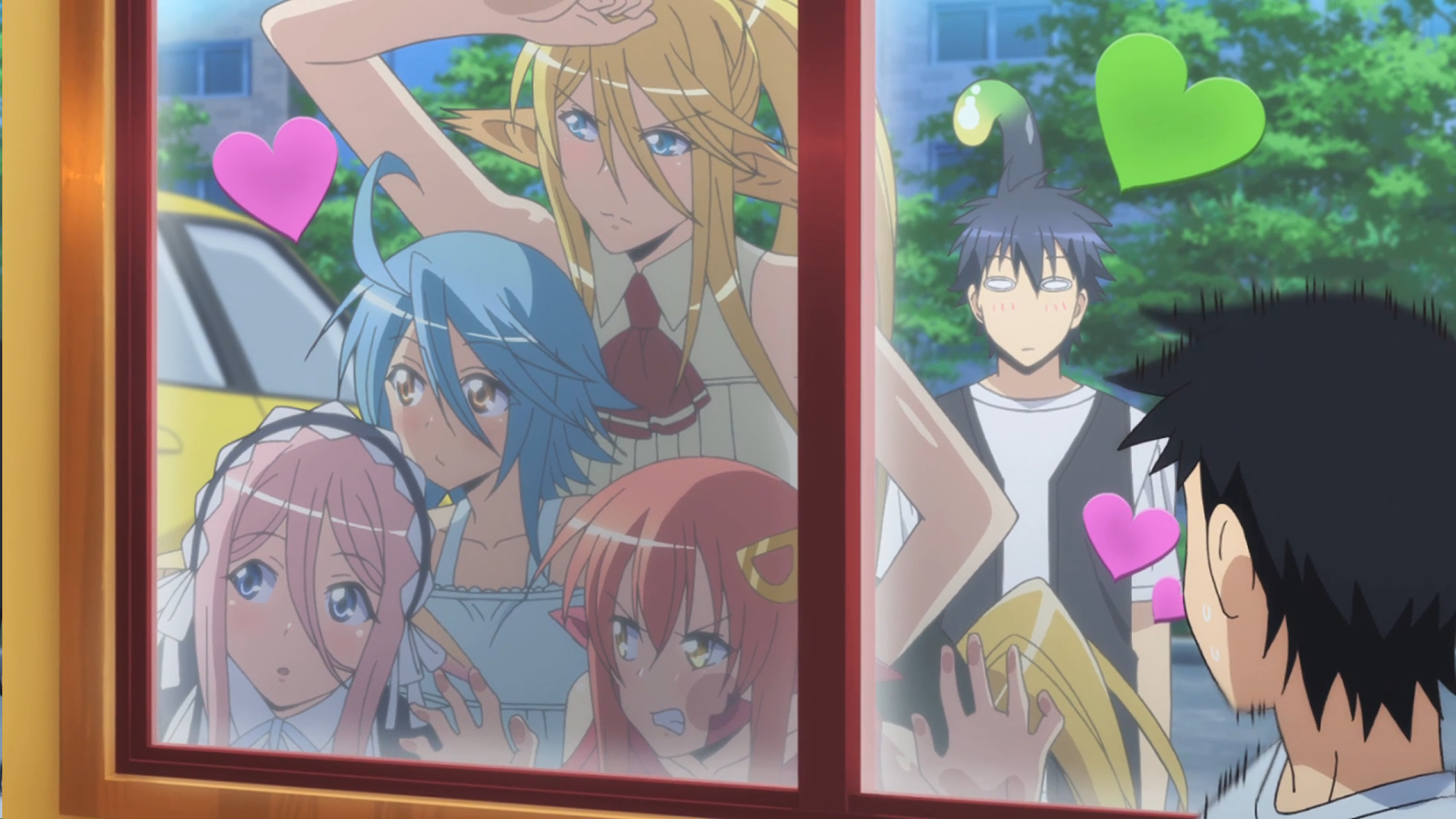 How could we possibly complete this list without mentioning Monster Musume: Everyday Life with Monster Girls?

This breakout mature anime series took the harem genre to the next level, as Darling-kun (aka, Kimihito Kurusu) juggled one new beautiful monster girl after the other. By the end of the season, Darling-kun somehow manages to capture of the hearts of (are you ready for this?) a lamia, harpy, centaur, slime, mermaid, arachne, dullahan, zombie, cyclops, ogre, and doppelganger. Be strong, darling! 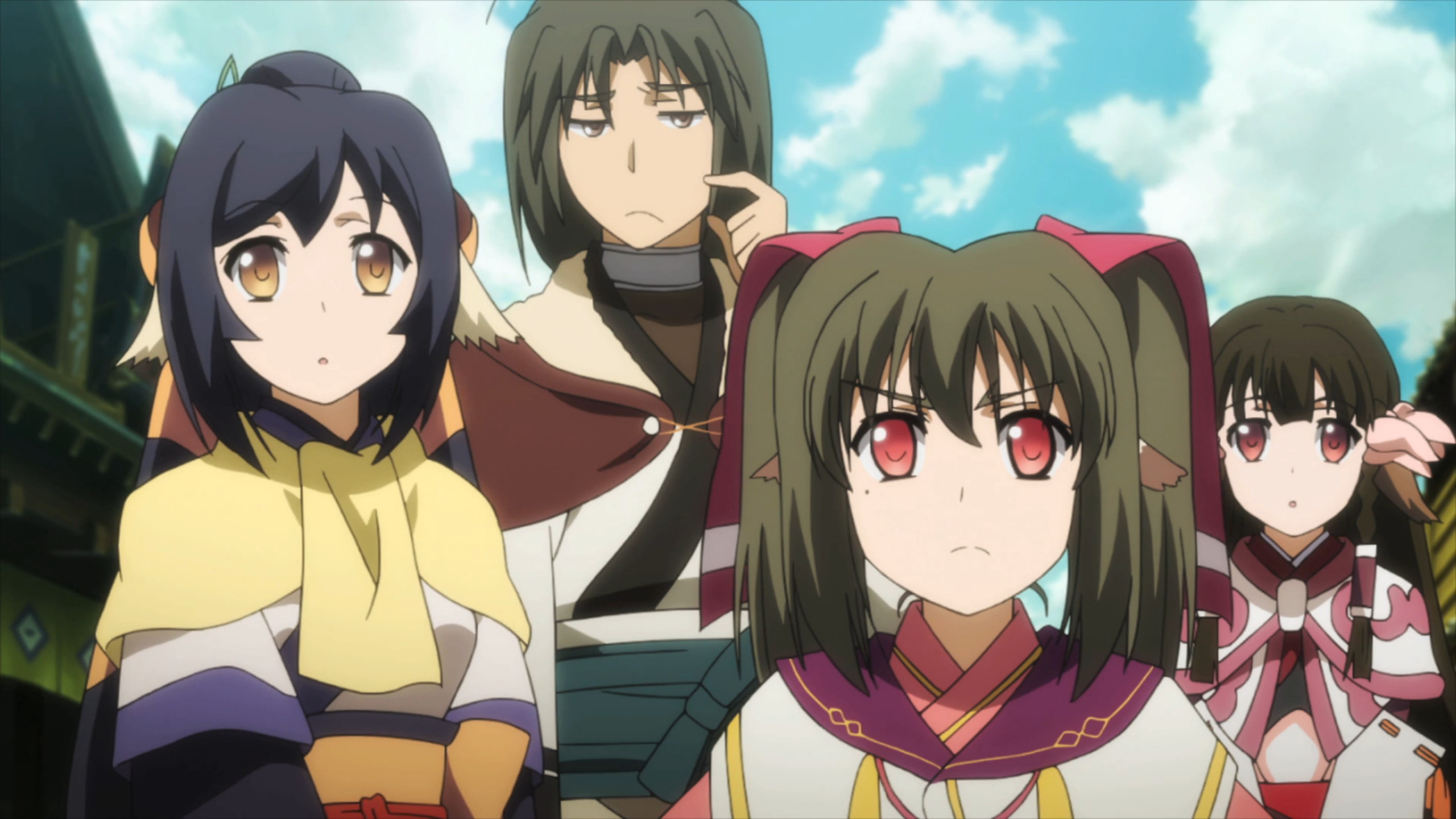 Although Utawarerumono: The False Faces doesn’t fit the typical model of a harem anime, we can’t deny that main character Haku is surrounded by lovely women… sometimes young men… and a clown. And a bird. Haku appears to be absolutely magnetic, and what takes this series to the next level is (1) the gorgeous landscapes and fantastic lore of that world, and (2) the creative fan service, like in this iconic scene where Kuon is peeping on Haku in the bath. (Hint: He’s doing naked calisthenics).

To be fair, not EVERY title that falls in this genre goes bouncy-bouncy, shiny-shiny. What is YOUR favorite harem anime series? Let us know on Facebook, Twitter, Google+, or Tumblr!