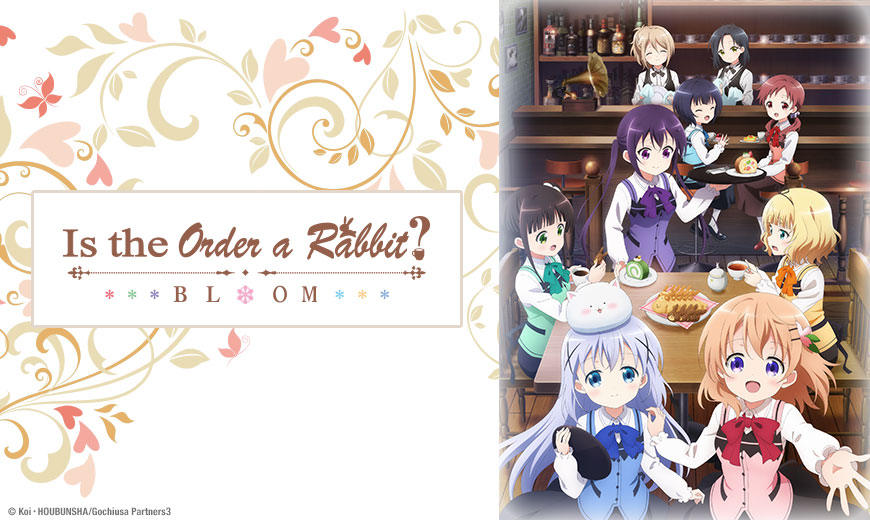 “Is the Order a Rabbit? BLOOM” Hops to Sentai

HOUSTON, TX — September 24, 2020 — Sentai announced today that it acquired rights to Is the Order a Rabbit? BLOOM, the third season of the delightfully energetic slice-of-life anime series Is the Order a Rabbit?, for audiences in North America, the United Kingdom, Ireland, Australia, New Zealand, Latin America, South Africa, the Netherlands, Scandinavia, the Middle East, and North Africa.

The series will be available on select streaming outlets in Fall 2020 with a home video release to follow.