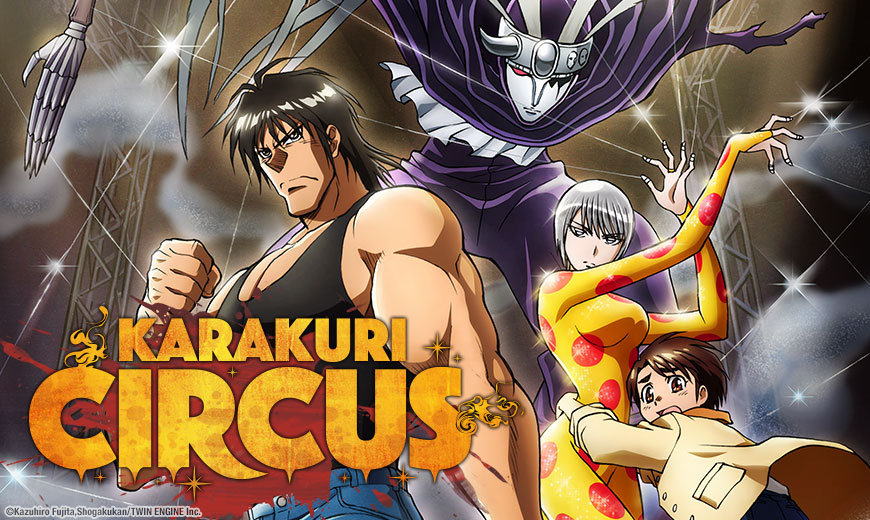 HOUSTON, TX — February 5, 2021 — Sentai announced today that it will release Karakuri Circus, adapted from Kazuhiro Fujita’s manga of the same name, for home video this spring. Hailed as one of the best series from the Fall 2018 season, the 36-episode series blends unique artwork, characters and storytelling with gripping action all set within a complex, enigmatic world.

Following his father’s untimely demise, Masaru Saiga inherits the family fortune as well as his father’s company. Too bad he also inherited a target on his back since his unscrupulous relatives want to murder Masaru and take what’s rightfully his! The only thing standing between Masaru and assassination is a sickly clown named Narumi Kato, a white-haired girl name Shirogane who claims she’s Masaru’s guardian, and the mysterious puppet left to Masaru by his father upon his death.

The series will be released on home video, including Blu-ray and digital sell through, Spring 2021.