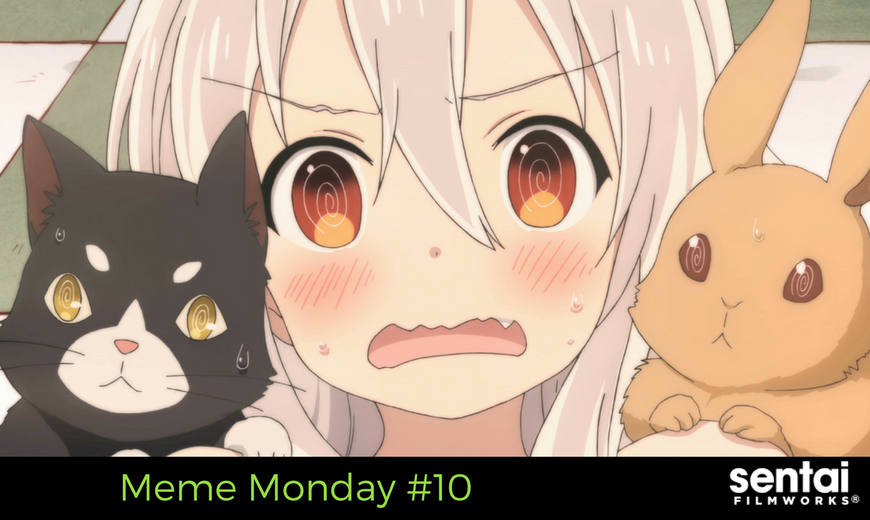 The holidays are over, and now we can relax from those overbearing relatives. Finally, no more bumping into cousin X, Y, and Z when going to the restroom! This Monday, we just want to alleviate those post-holiday blues with some much-needed laughs. Thus, we scoured the interwebs for the best memes to share for our first Meme Monday of the year!

Who are you? (CLASSICALOID)

So many characters to choose from in ClassicaLoid. If we had to pick, we think we would be a mix between Bach and Chopin (Cho-chan). What can we say? We secretly cuddle. (We also like the play on the names.)

We just found this a hilarious spin on the Hollywood sign meme that has been going around. Sigh, if only. Seriously, the only senpai who wouldn’t notice us after a stunt like this would probably be Nozaki-kun…

Sometimes we just want to run away from our responsibilities like… Chiya from Urara Meirocho. Well, to be fair, she’s running away from a misunderstanding. Poor thing. She was just trying to apologize in the only way she knows how. (Watch the show to find out what we’re talking about!) 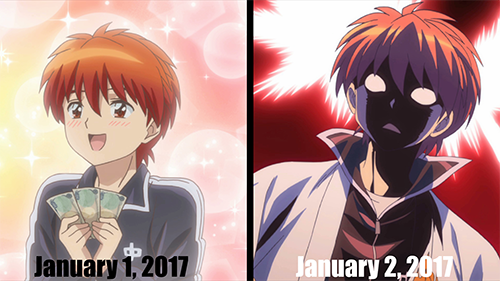 Money is a lot like love… it comes and goes. Rinne totally relates.

This hilarious video of Prozd sports commentating on Monthly Girls’ Nozaki-kun final scene put a huge smile on our faces. We ended up on the floor, poor Chiyo.

These cute little mascot Haikyu!! boys are so adorable. We couldn’t help but laugh at Aoba-Johsai’s mascot. #WeLoveChibiFanArt

Let today be a MEME-ingful Monday!

We compile a new Meme Monday every third week of the month! What anime memes are your favorites? Do you have any good ones to share that we can, in turn, share with the rest of the world next month?