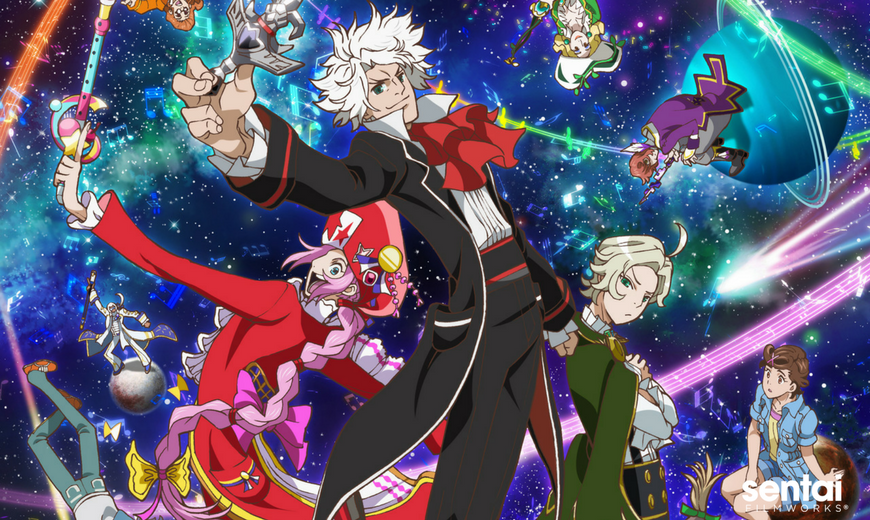 HOUSTON, TX, September 29, 2017 – Sentai Filmworks is proud to welcome back Motz, Beet-san, Cho-chan, and the rest of our favorite musical masters in ClassicaLoid 2!

The second season of the slapstick comedy ClassicaLoid reunites normal high school girl Kanae with her least favorite house guests. There’s Beet-san (otherwise known as Ludwig van Beethoven) and free-spirited Motz (Wolfgang Amadeus Mozart), as well as fellow squatters Chopin, Liszt, and Schubert. These maestros have already proven they have the skill to save the world with their explosive melodies called "Musik," but with the addition of two new Classicaloids  – Richard Wagner and Antonin Dvorak – Kanae is sure to be at her wits' end. What new realities will these ClassicaLoids compose with their Musik?

Kei Umabiki takes over as director for the second season ClassicaLoid. First season director Yoichi Fujita will act as story supervisor, with Michihiro Tsuchiya returning for series composition. The show was created by NHK & BN Pictures..

ClassicaLoid 2 is scheduled for an October 2017 broadcast in Japan. It will soon be available to stream on select digital outlets for the Fall 2017 simulcast season, with a home video release to follow.