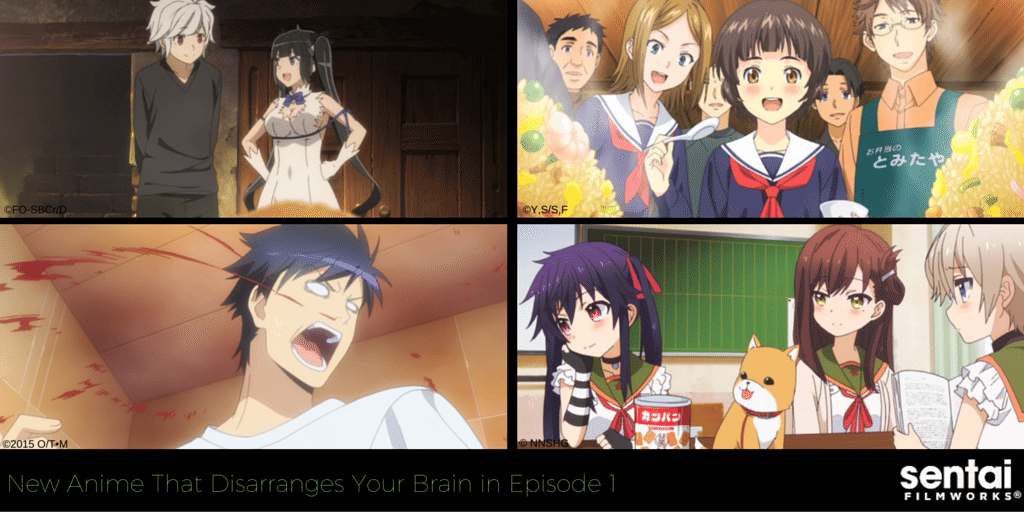 New Anime That Disarranges Your Brain in Episode 1

Most of the time, you walk into a new anime series with clear expectations based on the cover art, the synopsis, even a few reviews. Sometimes though, you start streaming an interesting new anime and suddenly… your mind goes ka-boom.

If your mind hasn’t had a good “what the… huh?!” in a while, check out these new anime shows. 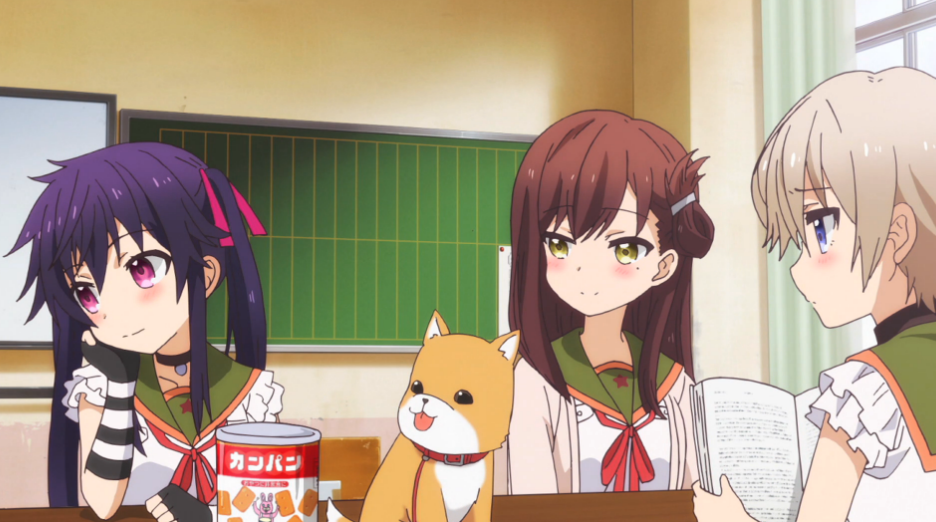 School-Live! started streaming in mid-2015, and it’s about a group of high school girls who love school so much, they live in it! Do you see this screenshot? Do. You. SEE. This screenshot? They look so happy! That puppy is all kinds of uncontrollable kawaii. These girls are in adorable high school girl uniforms, the colors are bright and chipper, and it all goes to H-E-double hockey sticks in the last ten minutes of the first episode. You’re welcome. Send your reactions to us via Twitter, if you are so inclined. 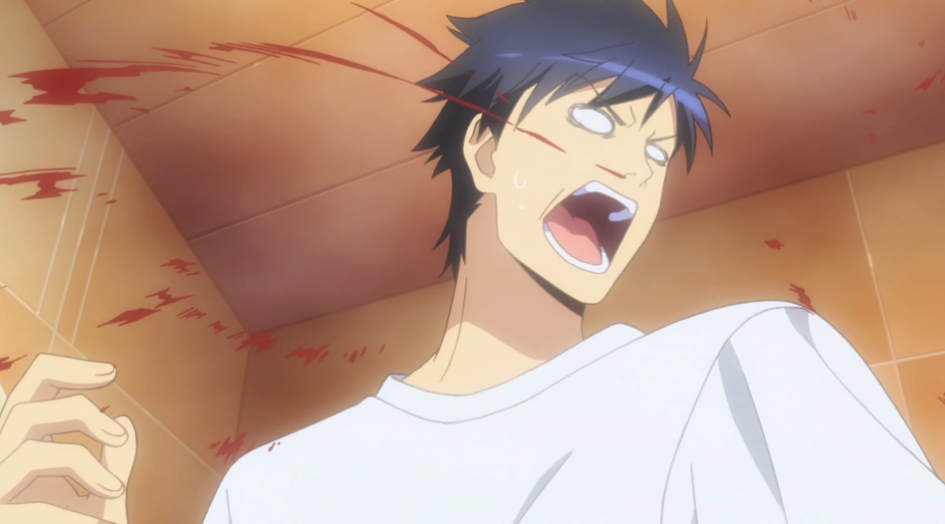 While the last anime title relied on shock value and misleading cuteness, Monster Musume gets pretty straightforward, very quickly. While it looks like a typical hypersexualized harem anime (with super-hot monster girls no less), the typical anime fan has some pretty clear expectations of where this will go in terms of fan service. However, just when you think, “It’s not one of THOSE productions. It’s just an ecchi harem show, but it’s not, like, going to go there,” it goes there. It went there, and it got there in the first 10 minutes of the first episode. Also, it STAYED there (not ALL the way there, but pretty darn close). 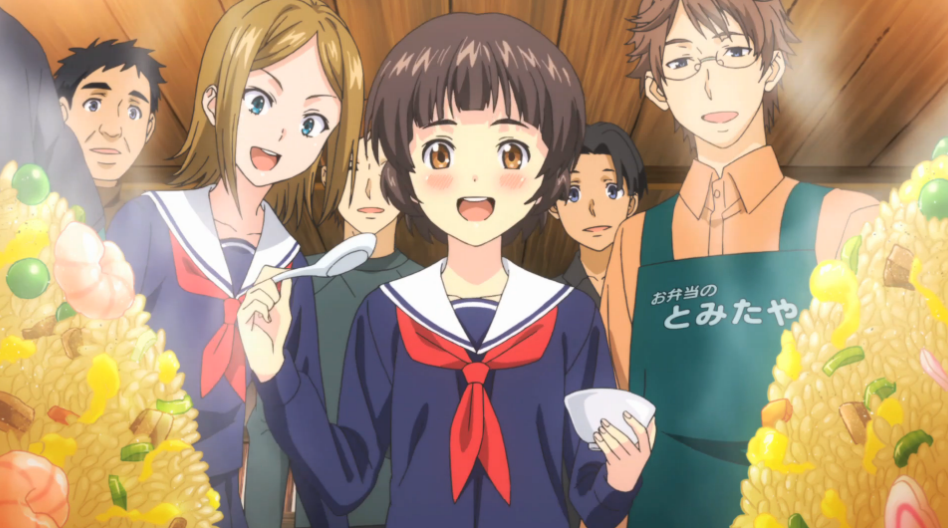 Anime is good at turning everything into a martial arts battle. Honestly, it’s a fan expectation at this point of the game. Food Wars: Shokugeki no Soma is good at making cooking look intense, life threatening even. However, very little can prepare you for Food Wars-style foodgasms. To put it mildly, there’s a normal way to savor food, and then there’s a Food Wars way to savor food. After episode one of this new anime show, you will probably never, ever (like ever) look at “bacon juices” the same way again. 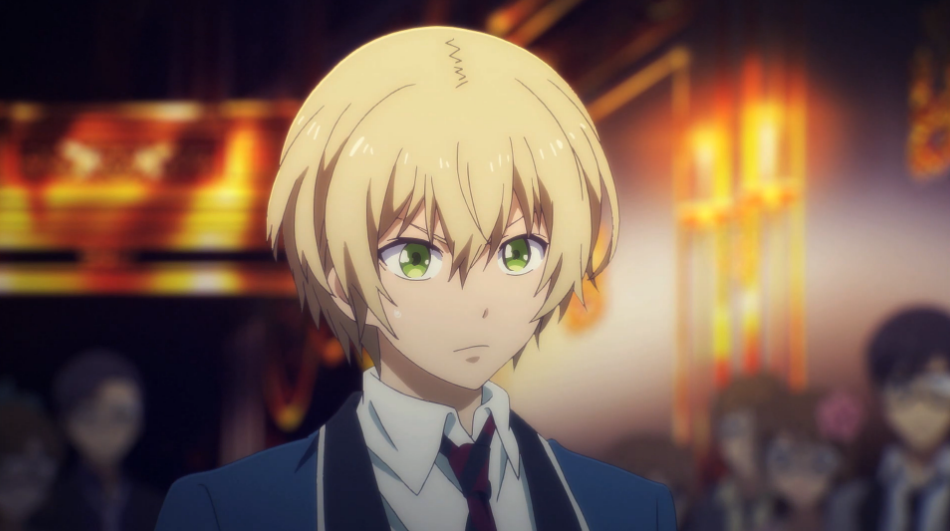 Your brain will spend most of the episode confused. The animators in Aoharu x Machinegun do an excellent job of making sure you forget that the main character is a girl. Hotaru speaks like a boy, dresses like a boy, and acts like a boy. By the surprise end of the first episode, you’re mostly thinking, “This looks like a promisingly hilarious new anime series, but is that really a girl?!”

BONUS: Is It Wrong to Try to Pick up Girls in a Dungeon? 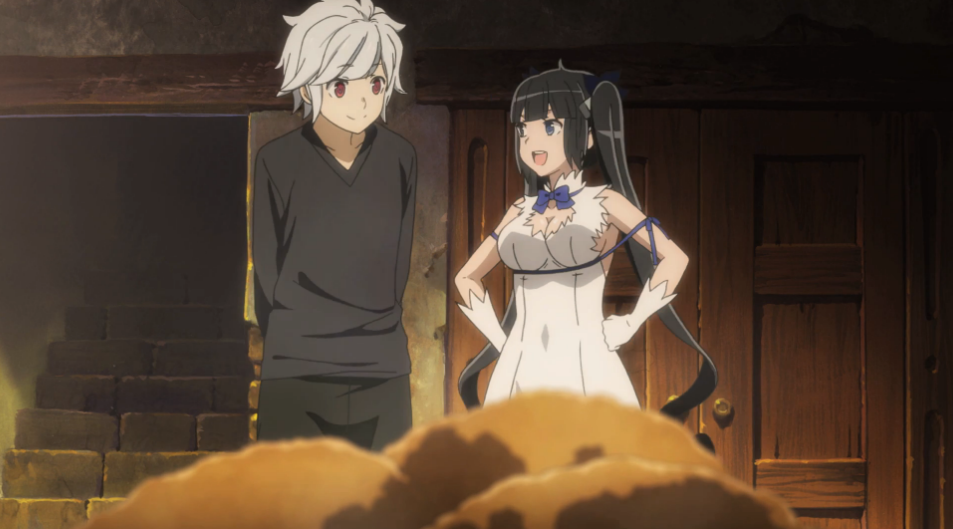 The first episode leaves your brain feeling several types of confusion, mostly you’re wondering what the blue ribbon Hestia’s wearing is about. You can already tell that this is the start of a pretty epic series, but in between wondering about the excessively long title and Hestia’s wardrobe, your brain does end up feeling a little out of the ordinary.

You know you want to fall in love with a new anime series by the end of the first episode. Stream these brain bending titles and more on Sentai’s Hulu Channel, for free!