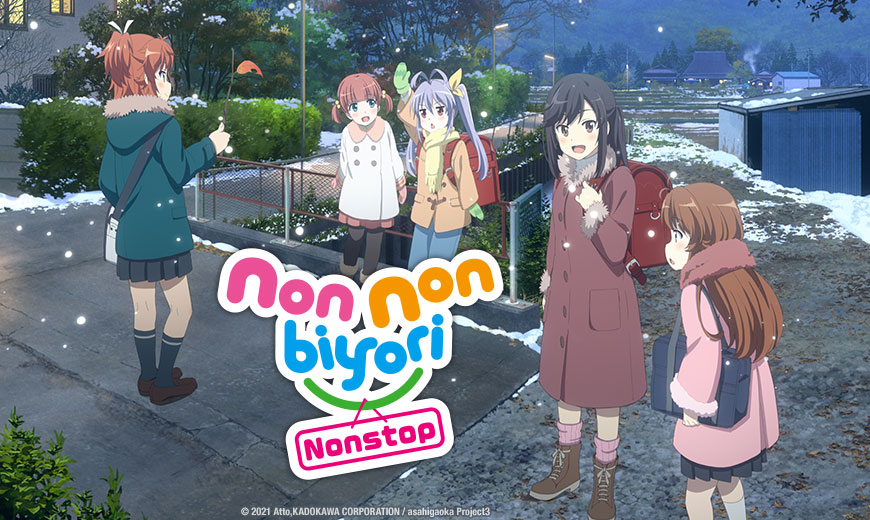 The cast and main creative team from the earlier installments of Non Non Biyori teamed up again for Non Non Biyori Nonstop! Now fans can rejoin Renge, Natsumi, Komari and former big-city-girl Hotaru as they experience an idyllic life in the Japanese countryside. Fresh excitement brews as someone new moves into the house next door. The students of the tiny, tight-knit Asahigaoka branch school will have to make this newcomer feel welcome, which means audiences are in for more of this series’ signature antics and heartwarming, human moments in the third season of Non Non Biyori!

Non Non Biyori Nonstop will be available on select digital outlets in Winter 2021, with a home video release to follow.