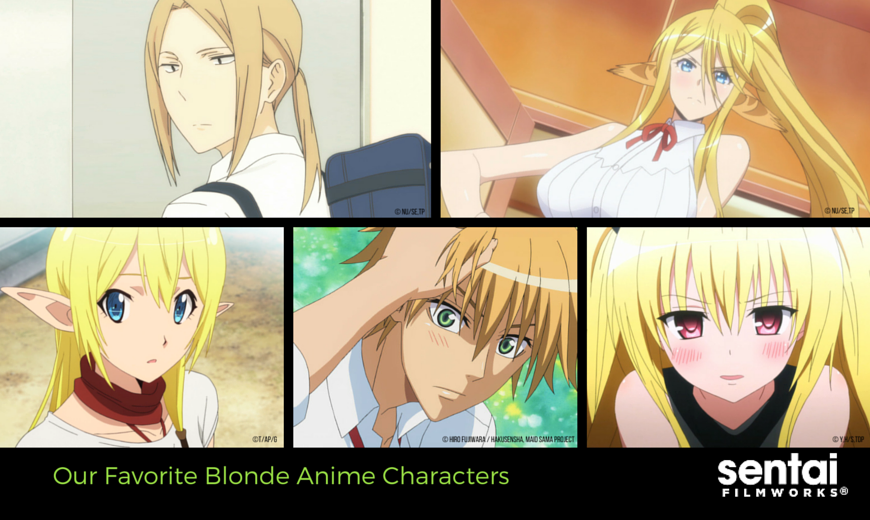 Blonde anime characters are usually characters with ties to the West, or with bubbly, optimistic personalities, especially for girls. On the other hand, we’ve noticed that blonde anime boys tend to be on the handsome, bishounen side of the character spectrum. Either way, we already know that this list won’t be able to encompass ALL of our favorite anime blondes! 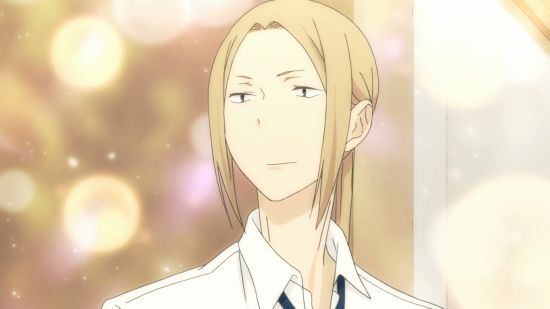 Do we really need to explain what makes Ohta awesome? He literally carries the brunt of his inexplicable friendship with the listless Tanaka-kun, selflessly helps old people and children daily, and hopelessly enjoys sweets. 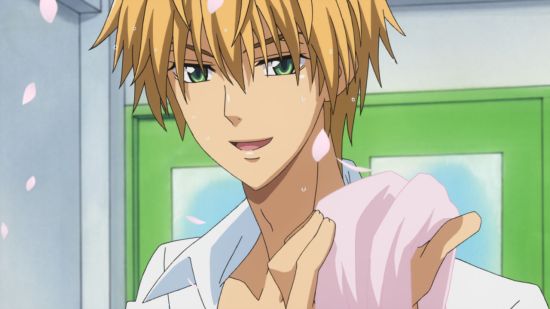 A list about anime blondes wouldn’t be complete without mentioning our favorite shoujo-heartthrob, Usui. While he comes off as a typical cool, handsome guy, Usui hides his kindness and turbulent past. His devotion to the main character, Misa, is tempered by his ability to (almost sadistically) tease her. He also has some of the most adorable faces: 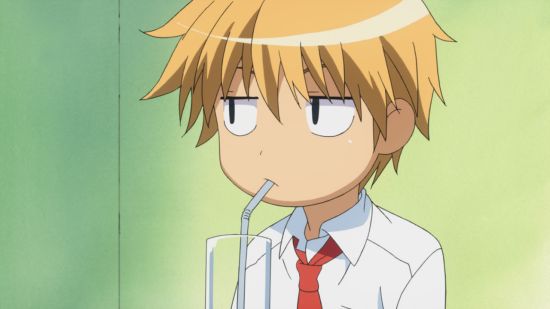 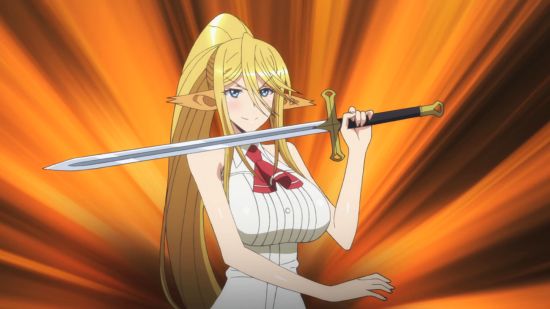 If you couldn’t guess by the name and screenshot, Centorea is a centaur with a lot of… hair. Her long golden locks sway in a high ponytail, streaming behind her as she valiantly runs towards danger or away from embarrassing situations that might bring her dishonor. 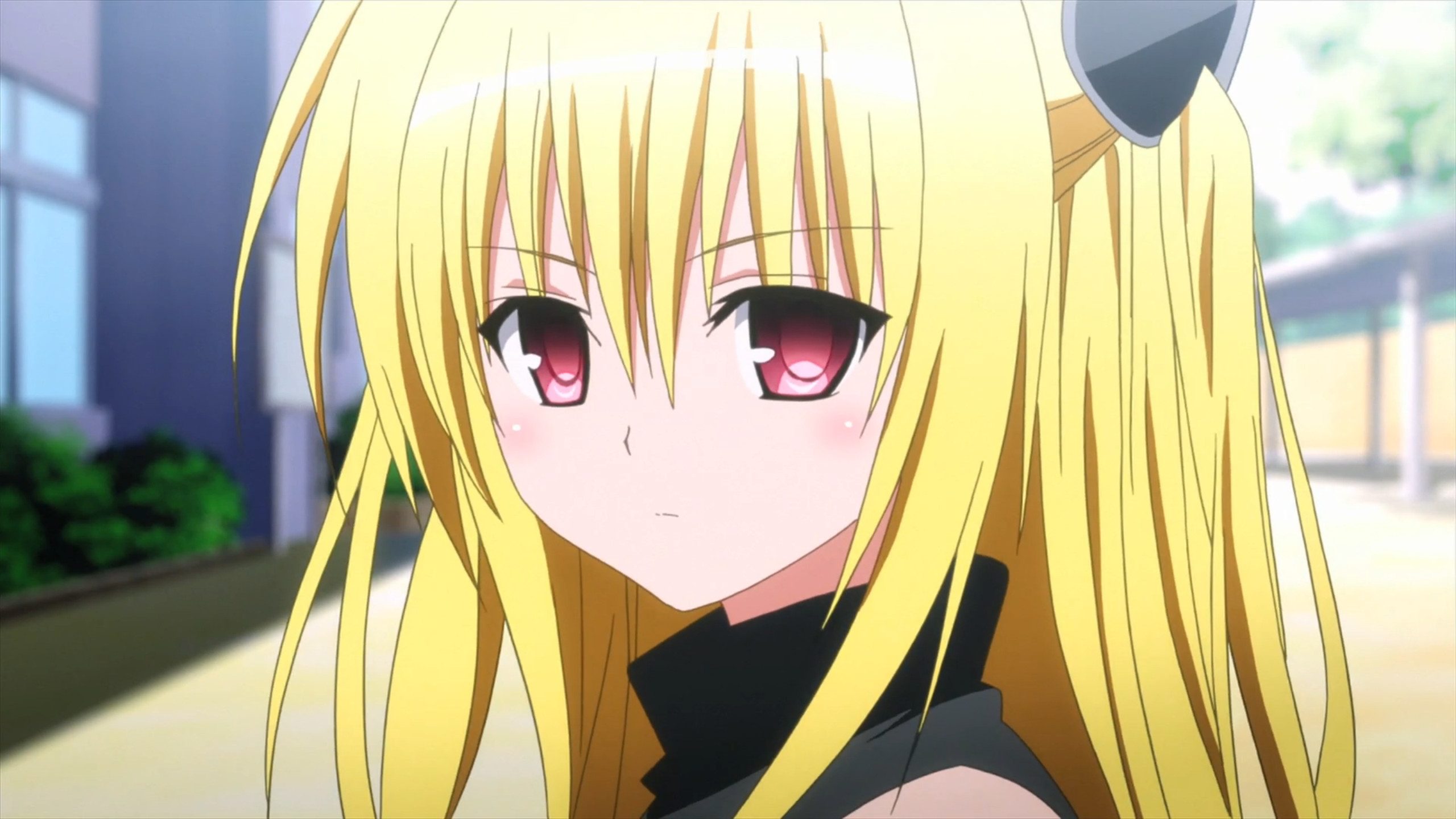 For everyone else on this list, the blonde hair is aesthetic. Golden Darkness’s hair is a WEAPON. She’s an alien who can manipulate her long golden tresses into pretty much whatever she wants. Her enemies tend to think twice about messing with her when they have a blonde FIST is coming at their face. 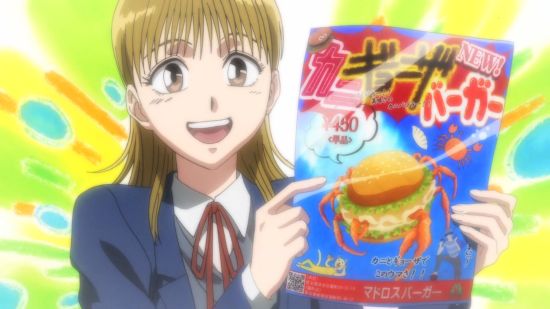 Mayuko is a chipper middle-school girl who quickly acclimates to the knowledge that her childhood crush, Ushio, is being “haunted” by a yokai. While she often ends up in the cross-hairs of a monster’s appetite, she’s far from being a simple damsel in distress with her quick thinking and determination. Mayuko is also responsible for Tora’s obsession with hamburgers. 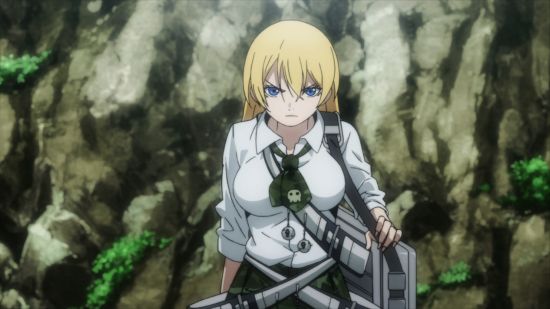 Would it be appropriate to call Himiko an anime blonde bombshell? Himiko is a high school girl who went from being an avid player of the bomb video game Btooomb! to finding herself thrown into a real-life battle royale. Now armed with real bombs of varying varieties, Himiko reluctantly, but valiantly, fights to survive this sick survival game, and she does a pretty good job of it! 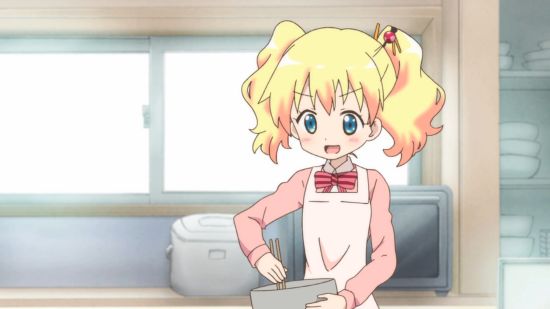 Alice is a foreign transfer student from England staying with her Japanse friend, Shinobu. From the get go, Shinobu admits how much she loves Alice’s blonde hair. Alice is almost too cute as she learns the ins and outs of Japanese language and culture. The moe is strong in this one! 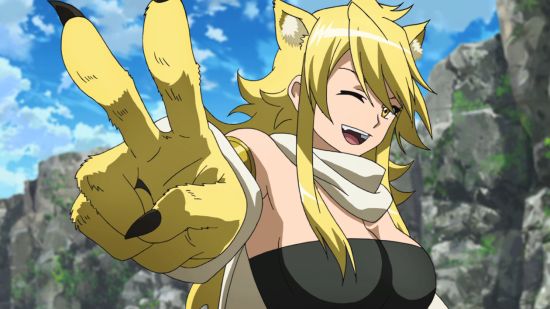 Leone’s Imperial Arms give her superhuman strength and abilities, but it also makes her look like a cat. Her long blonde hair looks like she’s hiding kitty ears. She’s a little (or a lot, rather) on the tricky side, having grown up swindling her way to survive in the slums of the empire. What makes her best-girl material is her unapologetic honesty and devotion to her friends. 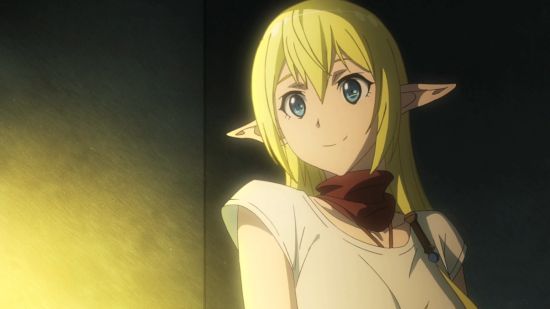 Tuka is a playful and optimistic elf, even though some of that is part of the fact that she’s in denial about the death of her father and entire village. She also looks GREAT for someone who’s 165 years old. Some of her finest moments in the series are when we get to see her elemental Elfen magic in action.

Yo yo. Tell us about your favorite blonde anime characters on social media, yo. Hit us up on Facebook, Twitter, Tumblr, and Google+. (…) Yo.