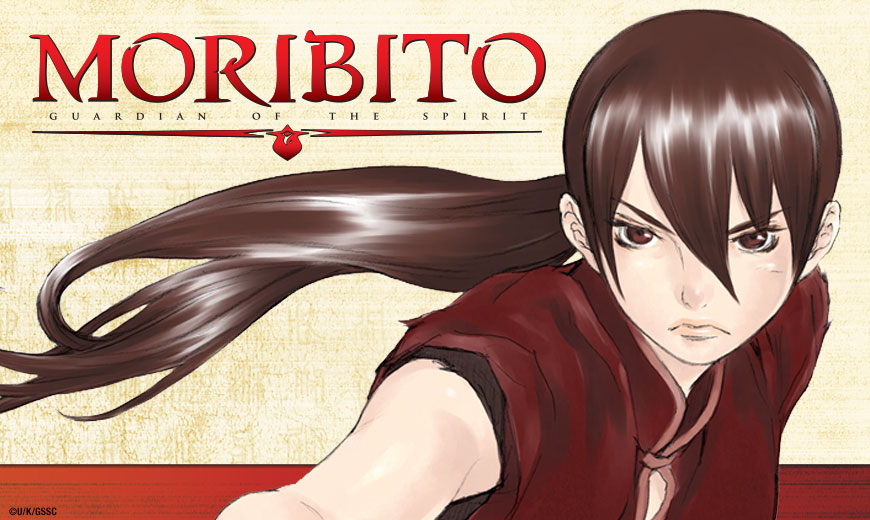 An invisible world known as "Nayug" exists parallel to this one. The egg of the Water Spirit from Nayug has been laid within Chagum, the Second Crown Prince of New-Yogo — and as a result, Chagum's father, the Emperor, has ordered him killed. After he’s ensnared in an assassin's trap, Chagum is saved by a spear-wielding bodyguard named Balsa who agrees to protect Chagum as part of her journey to atone for the sins of her foster father. As Chagum interacts with Balsa's various allies, he begins to mature greatly despite his royal upbringing. Balsa and Chagum come face to face with numerous mysteries on their adventure. But who is the Water Spirit's Guardian, what secret lies behind the Summer Solstice Festival, and will Balsa be able to fend off the assassins and keep Chagum safe from the incubating egg of the Water Spirit?

Moribito: Guardian of the Spirit is based upon the 13-volume Moribito fantasy series published by Kaseisha and written by Nahoko Uehashi, winner of the prestigious Hans Christian Andersen Author Award.

Produced by Production I.G (Attack on Titan, Run With the Wind), the series is directed and scripted by Kenji Kamiyama (Ghost in the Shell: Stand Alone Complex, Eden of the East), with music from Kenji Kawai (When They Cry, Mob Psycho 100) and art direction from Yusuke Takeda (Hozuki’s Coolheadedness, SHIROBAKO). Moribito: Guardian of the Spirit stars Mabuki Andou (GATE, Detective Conan) as the spear-wielding warrior Balsa Yonsa and Naoto Adachi (Capeta, Summer Wars) as the Crown Prince Chagum.

Moribito: Guardian of the Spirit will be released on home video and select digital outlets.