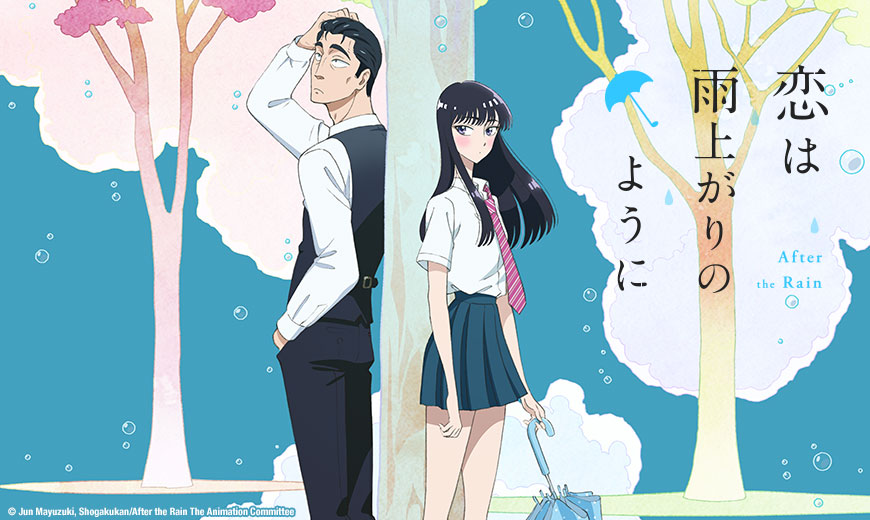 Sentai Acquires “After the Rain”

HOUSTON, TX — March 5, 2020 — Sentai announced today that it acquired After the Rain, an anime series produced by WIT Studio (Hozuki’s Coolheadedness, Attack on Titan) based on the complex, character-driven manga of the same name.

After the Rain is a story about life’s crossroads. There are moments great and small in which circumstance and choices, in equal measure, define a person. Akira Tachibana was once the ace of a track club, but an injury forced her to quell her passion for sports. Masami Kondo, a divorced father, had ambitions of being a writer and now manages a restaurant, where Akira works. It is the intersection of Akira and Masami’s seemingly disconnected lives that makes each of them reconsider and redefine everything about themselves.

The series will be released on home video and select digital outlets.