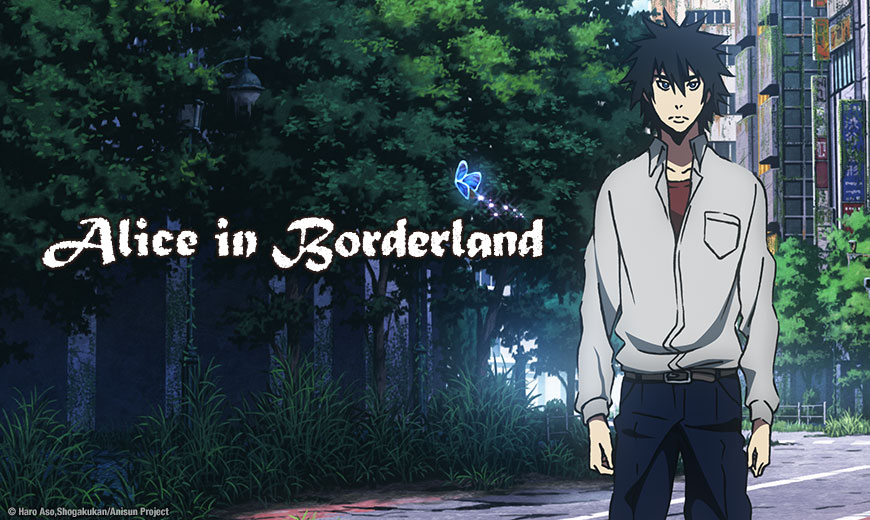 HOUSTON, TX — May 13, 2021 — Sentai announced today that it acquired the psycho-suspense thriller Alice in Borderland OVA series, based upon the manga series by Haro Aso, Imawa no Kuni no Alice. Sentai will distribute the three-episode Alice in Borderland OVA series to audiences in the United States of America, Canada, United Kingdom, Ireland, Spain, Portugal, the Netherlands, Scandinavia, Australia, New Zealand, South Africa as well as Latin America.

Be careful what you wish for. Antisocial misfit Ryohei Arisu wanted nothing more than to leave his mundane life behind, but a careless wish on a firework transports him to the post-apocalyptic Borderland, a sinister parallel reality where danger lurks around every corner and survival is not guaranteed. To live to fight another day, Ryohei and other unwilling contestants must win a series of deadly games, each more dangerous than the last — but returning home means putting not only his skills, but also Ryohei’s humanity to the ultimate test.

A production of studios SILVER LINK. (Chivalry of a Failed Knight, Armed Girl's Machiavellism, Strike the Blood), the Alice in Borderland OVA is directed by Hideki Tachibana (Is It Wrong to Try to Pick Up Girls in a Dungeon? III, Armed Girl's Machiavellism, Dragon Crisis!) with series composition from Ryosuke Nakamura (director Grimgar: Ashes and Illusions, episode scriptwriter Monster, Aiura).

Sentai will stream the Alice in Borderland OVA in association with select digital outlets with a home video release to follow.