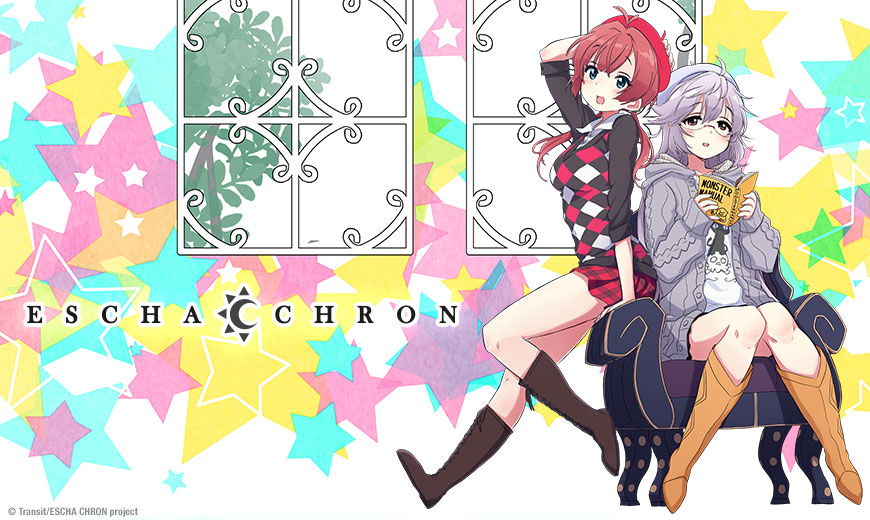 Escha and Chron are as different as night and day, but together they eke out a life in the colorless world of Terminal, a post-apocalyptic wasteland in the far-flung future. Their monochromatic lifestyle changes, however, when they arrive in the present-day Transit, where color and music abound. There they encounter new sights and sounds unlike anything they’ve seen before, and with each new experience, their home world of Terminal gradually begins to change.

Sentai will stream the ESCHA CHRON OVA in association with select digital outlets with a home video release to follow.