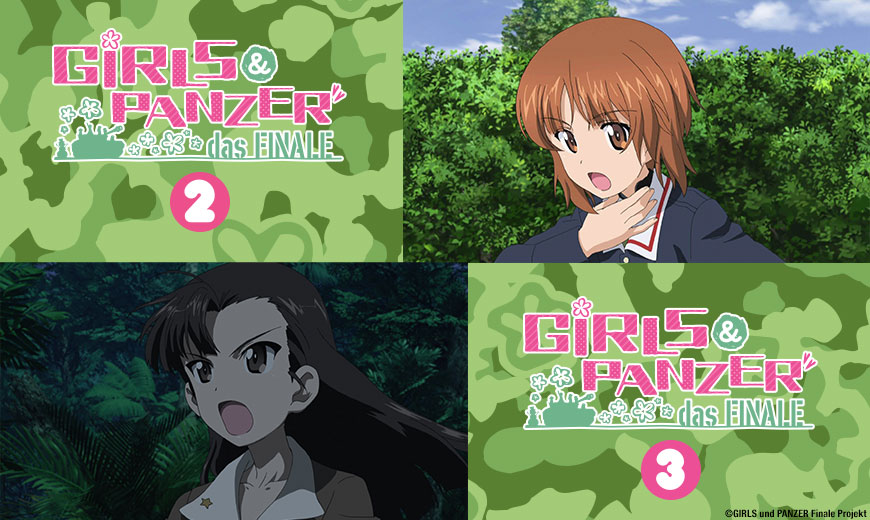 It’s time to gear up for more earth shaking tankery action times two! In the next round of the Continuous Cup against BC Freedom Academy, the tide of battle turns on a dime, leaving the Oorai Girls Academy tank combat team scrambling for a leg up on the competition! And their next opponents in the tournament bracket, Chi-Ha-Tan Academy, are going to be even tougher. But the members of Oorai Girls Academy won’t go down without a fight no matter what tactics are thrown their way. Prepare for more explosive thrills and heavy caliber irreverence with Girls und Panzer das Finale – Part 2 and Girls und Panzer das Finale – Part 3!

Sentai will release the second and third Girls und Panzer das Finale movies in association with select digital outlets and on home video.