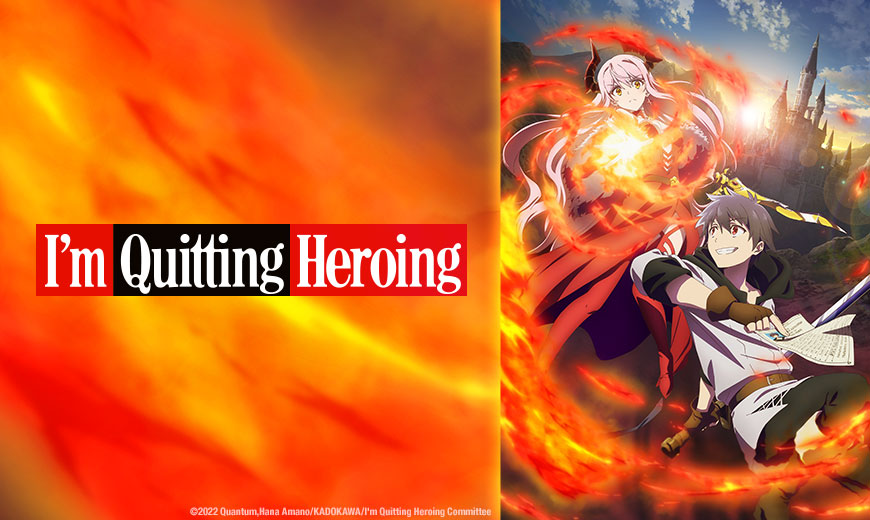 After saving humanity from the despicable Demon King, Leo Demonhart does not earn a hero’s standing. Instead, he is regarded with suspicion and hostility by those he fought to protect. Treated as a pariah with nowhere else to turn, exiled Leo seeks a position in the army of his former nemesis! But the army is not what it once was before its defeat at Leo’s hands, so to maintain his new position, Leo must whip the forces back into fighting shape.

Produced by EMT Squared (Assassin’s Pride, Love Tyrant, A Destructive God Sits Next to Me, Bokuhaka), the series is directed by Yu Nobuta and Hisashi Ishii (directors of Kuma Kuma Kuma Bear) with series composition from Shigeru Murakoshi (scriptwriter for Dororo and Kakegurui, series composition for Zombieland Saga). The light novel and manga that inspired the anime are published in North America by Kadokawa.

Sentai will stream I’m Quitting Heroing exclusively on HIDIVE, its direct-to-consumer streaming service, with a home video release to follow.