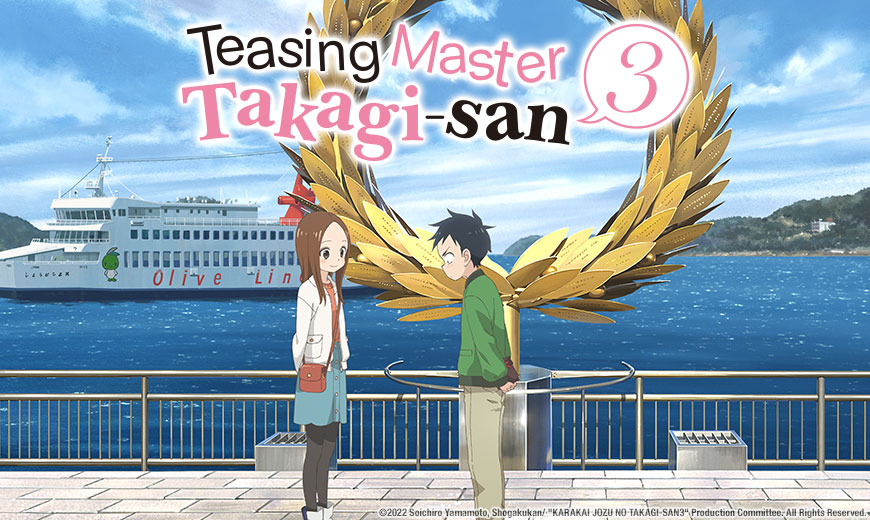 Takagi is a master of clever antics that turn her frequent target, Nishikata, into a blushingly embarrassed wreck. But Nishikata hasn’t endured years of pranks from his childhood friend for nothing. Every day and every battle of wits with Takagi brings him one step closer to turning the tables and making her blush, and now Nishikata is lying in wait for the perfect opportunity to win adorable, glorious revenge.

The series stars Rie Takahashi (KonoSuba: God's Blessing on This Wonderful World!, Isekai Quartet) as Takagi, Yuki Kaji (Ahiru no Sora, Attack on Titan) as Nishikata, Konomi Kohara (The Demon Girl Next Door, Kaguya-sama: Love is War) as Mina and Yuma Uchida (Given, Fruits Basket: The Final) as Nakai.

Sentai will stream Teasing Master Takagi-san3 exclusively on HIDIVE with a home video release to follow.