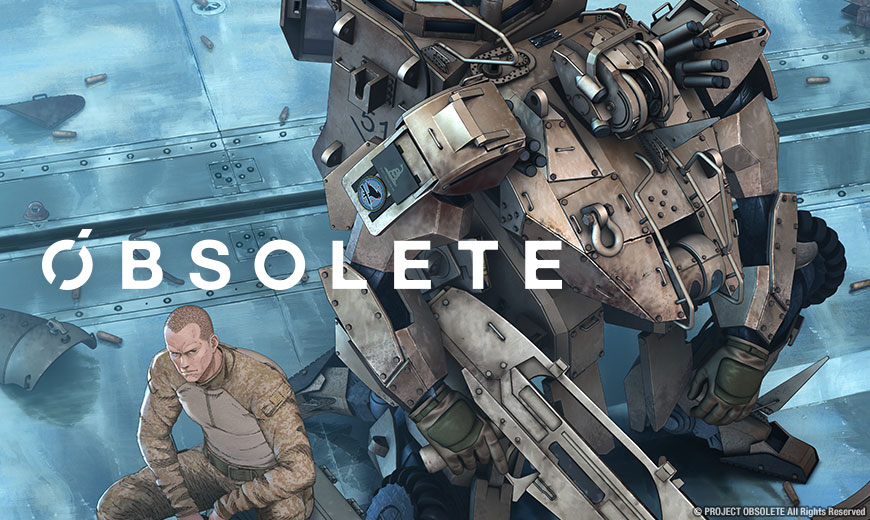 In a trade deal for Earth resources, aliens known as Peddlers barter their supremely advanced Exoframe technology — robotic mecha controlled by neural linking. But access to that extraterrestrial technology threatens to fundamentally alter human civilization, especially when it comes to the theater of war.

Studio BUEMON produced the animation for OBSOLETE. BUEMON was established in 2014 with CG staff from Sunrise Nerima Studio who have previously worked on anime such as Steam Boy, FREEDOM and Short Peace.

OBSOLETE is directed by Hiroki Yamada and Seiichi Shirato. Hiroki Yamada worked as a CG designer with Studio Ghibli and Sunrise Emotion prior to joining BUEMON in 2014. He made his directorial debut in 2016 with Matasaburo of the Wind. Seiichi Shirato has contributed work to a number of anime, games, manga, and novels. His major works include the anime Jormungand, Joker Game, Drifters and Princess Principal.

Sentai will release OBSOLETE on home video in Q2 2022.