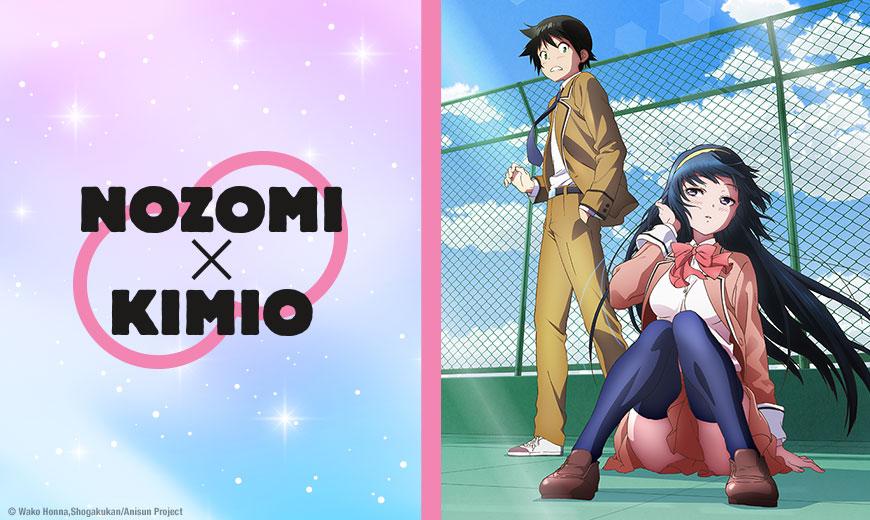 Kimio Suga didn’t intend anything untoward, but a cascading series of unlucky events leaves him hiding in a gym locker as his female classmates return from PE class. Luckily he’s found by Nozomi Komine, a shy classmate who covers for Kimio despite his incriminating predicament. But Nozomi isn’t as demure as she seems, because shortly after saving Kimio, she blackmails him into a series of clandestine and compromising scenarios!

A production of Studio Zexcs (Diabolik Lovers, Cuticle Detective Inaba, Say "I Love You"), Nozo x Kimi is directed by Masato Jinbo (Senryu Girl, Restaurant to Another World, Shomin Sample) with series composition from Hideki Shirane (Is It Wrong to Try to Pick Up Girls in a Dungeon?, Hayate the Combat Butler!!, Tenchi Muyo! War on Geminar). The OVA series stars Ayaka Suwa (The Fruit of Grisaia, Love Lab, The Demon Girl Next Door) as Nozomi Komine and Yusuke Kobayashi (Darwin’s Game, Dr. Stone, Re:ZERO -Starting Life in Another World-) as Kimio Suga.

Sentai will stream the Nozo x Kimi OVA in association with select digital outlets with a home video release to follow.