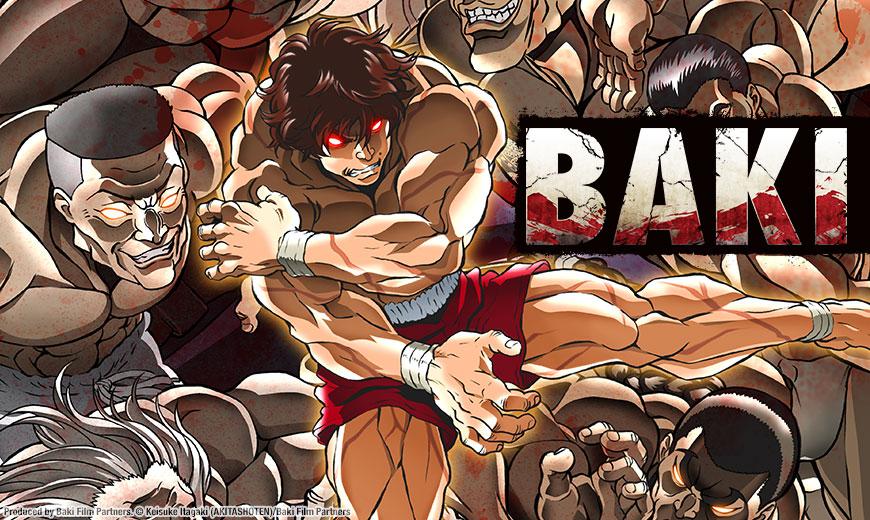 HOUSTON, TX — February 16, 2021 — Sentai announced today that it acquired BAKI, the brutal martial arts anime series, for release in a home video complete collection. Sentai’s release will feature the original Japanese with English subtitles together with an all-new English dub.

Five vicious convicts escape death row. They make their way to Tokyo intent on committing violent blood sport. Now they’re after Baki Hanma. With the onslaught looming, Baki must enlist Kaoru Hanayama, Doppo Orochi, Sea King Retsu and Goki Shibukawa, each with his own unique combat ability, if Baki wants to live to brawl another day.

Sentai will make the series available on home video with an all new English-language dub and in original Japanese with English subtitles.

A Cool Japan Fund portfolio company, Sentai is a leading global supplier of anime and official anime merchandise, distributing, and curating one of the industry’s most diverse libraries of top trending and classic titles. Sentai offers thousands of hours of content across both traditional and digital platforms and is dedicated to bringing captivating stories and iconic characters directly from Japan. With hit series that include MADE IN ABYSS, Food Wars!, Princess Tutu and Parasyte -the maxim-, Sentai’s catalog continues to grow with new favorites like Bloom Into You, Revue Starlight and O Maidens in Your Savage Season, as well as classic anime series such as Legend of the Galactic Heroes and The Big O. For more information, visit www.sentai.com.

About TMS Entertainment:
TMS Entertainment (better known as TMS) is one of the world's largest and most distinguished animation studios.  TMS has won recognition from the international filmmaking industry for its highly-acclaimed animation, pioneering techniques and proud commitment to quality.  With a dedicated team of development, production and design executives, TMS's growing reputation is reflected by the versatility, artistry and originality of the programs the company has produced for international markets worldwide.

Established in 1964, TMS has produced more than 200 features, and over 100 TV program series, with a total of 12,000 half hours for global distribution. TMS programs have attained worldwide recognition and continue to strive for excellence.