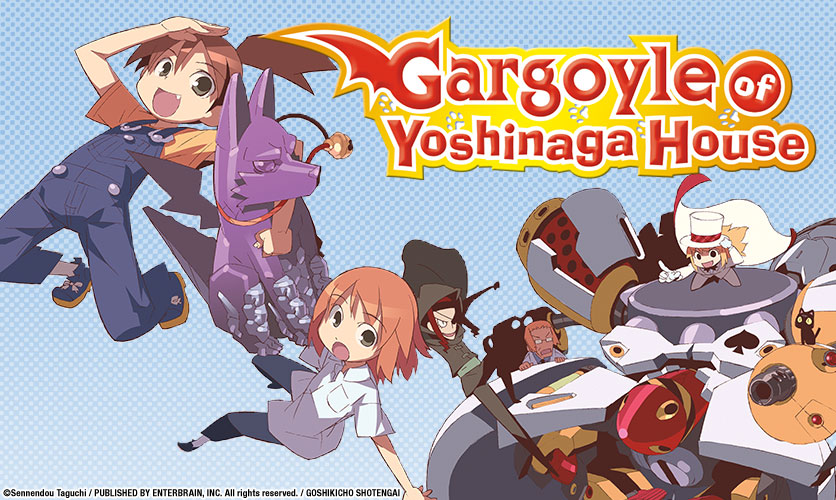 HOUSTON, TX — April 9, 2021 — Sentai announced today that it acquired distribution rights to Gargoyle of Yoshinaga House, the zany, family-friendly series based upon the light novel of the same name by Sennendou Taguchi.

Yoshinaga just won the local lottery! Instead of a fabulous getaway or a lifetime supply of her favorite food, she is awarded a stone gargoyle. But things get interesting when she discovers the ‘Gargoyle’ lives! Not only that, he can speak, fly and fire potentially lethal energy beams. Naturally, like any good gargoyle, he is bound to protect the Yoshinaga home from any and all threats. The once mundane, ordinary Yoshinaga household just became a place of magic, excitement and plenty of laughs!