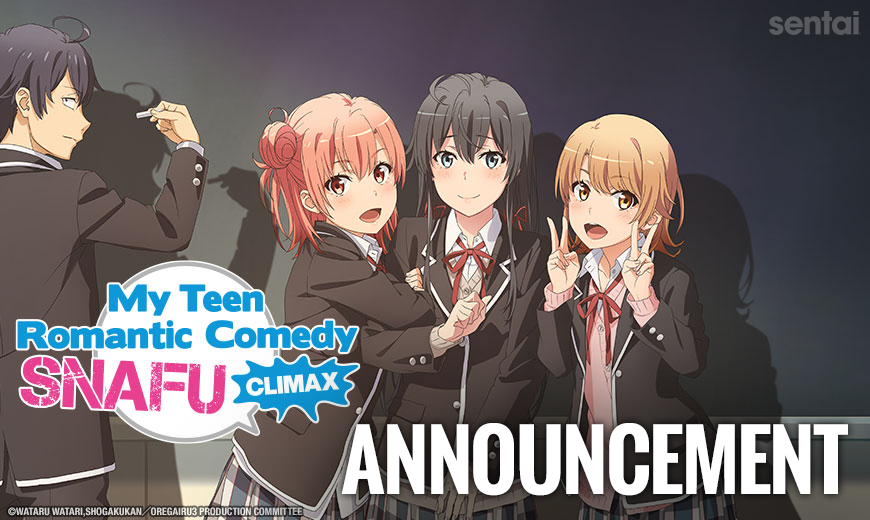 HOUSTON, TX — April 9, 2020 — Today Sentai confirmed a delay in the release of My Teen Romantic Comedy SNAFU Climax due to the impact of the novel coronavirus COVID-19. The decision to reschedule the anime’s premiere was originally announced via the series’ official Twitter page.

The decision to delay the series’ release comes on the heels of the Japanese government declaring a state of emergency in seven Japanese prefectures, which in turn impacts production activities. The rescheduled release dates for My Teen Romantic Comedy SNAFU Climax will be announced as soon as the updated broadcast schedule is determined.