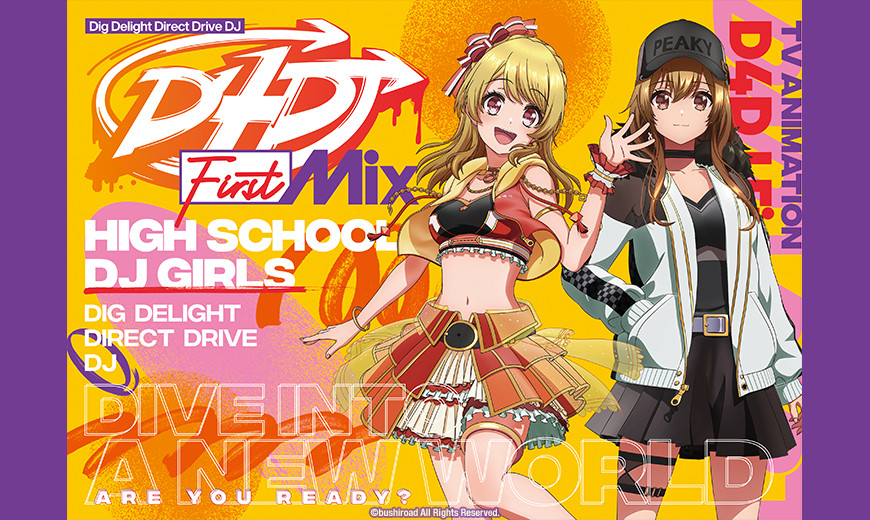 Following in the music-driven spirit of Bushiroad’s previous projects, including BanG Dream! and Revue Starlight, D4DJ First Mix serves up a DJ-themed mixed media experience that is sure to send pulses racing! With an original story by Kou Nakamura (BanG Dream!), fans follow the aspiring DJs of D4DJ First Mix as they hit the decks with hot new music as well as remixes of classic tracks.

The series will stream on HIDIVE and other select outlets in Fall 2020 with a home video release to follow.