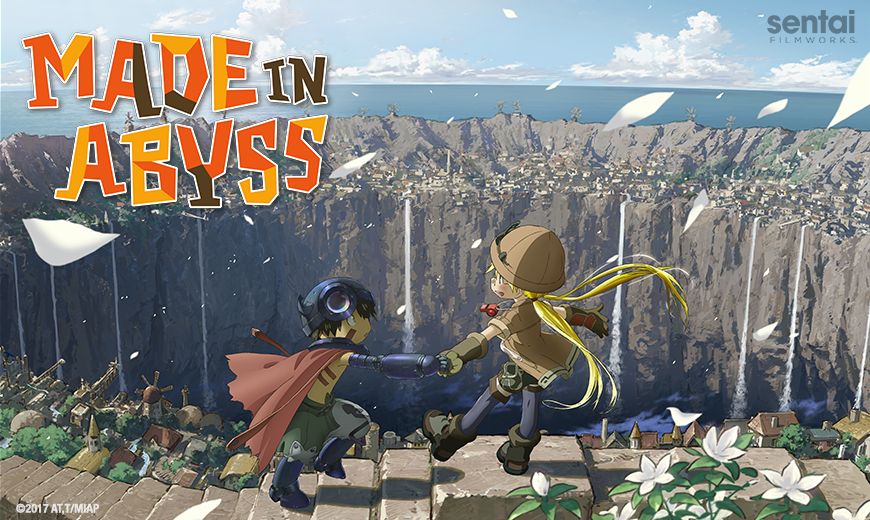 HOUSTON, TX – June 13, 2019 – Sentai Filmworks today announced upcoming appearances by actors Miyu Tomita (Riko), Mariya Ise (Reg) and Shiori Izawa (Nanachi) as part of the “Voices of the Abyss: Meet the MADE IN ABYSS Seiyuus” panel hosted by Sentai Filmworks at Anime Expo 2019. The panel is part of a series of events that is expected to include exclusive fan interaction, autograph signing and a behind-the-scenes looks at the seiyuus’ performances in the critically acclaimed hit anime series and feature film franchise MADE IN ABYSS.

Miyu Tomita was named the Grand Prix winner of the 2014 Seiyuu Artist Training Program Selection and then made her professional debut in 2015. Since then she has voiced a number of characters in various anime series, including Riko in MADE IN ABYSS, Gabriel Tenma White in Gabriel DropOut, Chika in The Magnificent KOTOBUKI and others.

Mariya Ise has lent her vocal talents to dozens of roles since her professional debut in 2004, in which she voiced a minor role in Aishiteruze Baby. Since then she has become a widely recognized seiyuu, landing well-known roles such as Reg in MADE IN ABYSS, Killua Zoldyck in Hunter x Hunter (2011), Ray in The Promised Neverland and Levy McGarden in Fairy Tail.

Shiori Izawa made her professional debut in 2009 with a role in A Certain Magical Index and was a member of the third graduating class of the A&G Academy seiyuu training school. She has contributed her acting talents to the roles of Nanachi in MADE IN ABYSS, Saya in The Asterisk War, Pina in Sword Art Online and Moyu in Noragami.

Lucky Anime Expo attendees will be able to receive autographs from the MADE IN ABYSS seiyuus at the HIDIVE industry booth on July 5, 2019 at 4:30 PM and on July 6, 2019 at 11:00 AM (subject to schedule and capacity limitations). The “Voices of the Abyss: Meet the MADE IN ABYSS Seiyuus” panel will take place on July 5, 2019 at 11:30 AM in the AMV Theater (room 511) of the Los Angeles Convention Center.