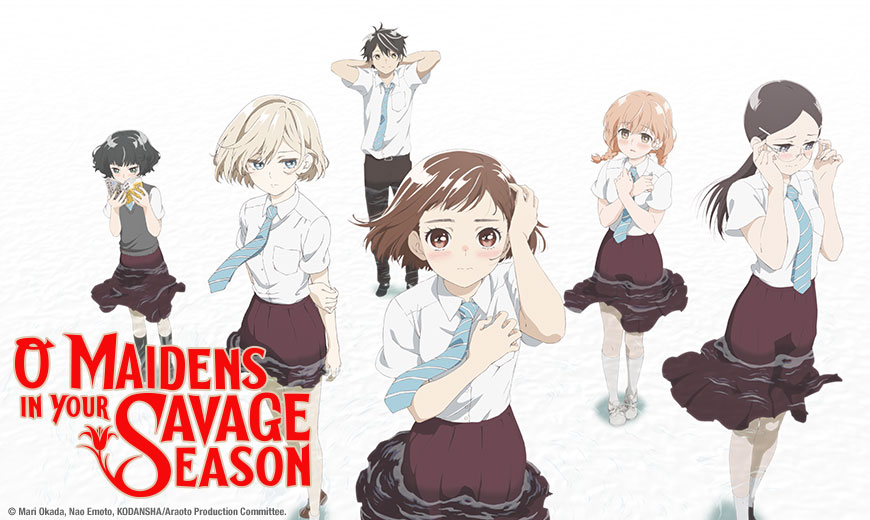 Sentai Filmworks Blossoms with “O Maidens in Your Savage Season”

HOUSTON, TX – June 28, 2019 – Sentai Filmworks announced today that it acquired exclusive rights to the coming-of-age series O Maidens in Your Savage Season, an anime adaptation of the manga written by Mari Okada and illustrated by Nao Emoto, through a global license arrangement (excluding Asia, Germany, France and Australia).

When the girls in the literature club ask themselves, “What do you want to do before you die?” one of them gives a most surprising response. Now they’re all preoccupied (for better or for worse) by their friend’s unexpected answer! Soon each of these very different young women find themselves propelled along the uncertain road to adulthood, their emotional journeys taking them down paths as surprising as their friend’s unconventional wish. Poignant, painful and awkward in turns, O Maidens in Your Savage Season chronicles with humor and with grace the universal rites of passage so endemic to growing up.