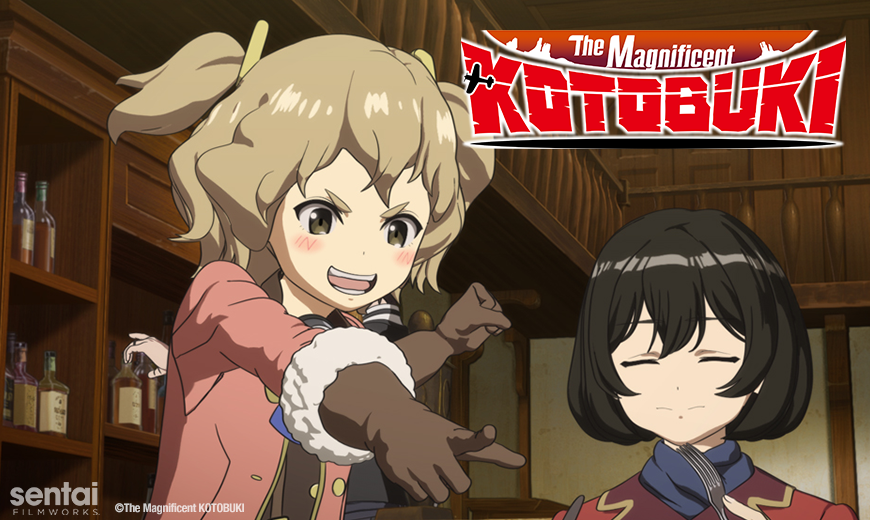 In this original anime series, air combat is part of daily life, and the story unfolds as a team of beautiful ace pilots battle against renegades in the skies. The talented members of Team KOTOBUKI use their impressive dogfighting skills to help defend and transport goods for survival across a desolate wasteland. For the right price, protagonist KYLIE, KOTOBUKI's no-nonsense leader REONA, and the rest of the team will take on any enemy that comes their way!

Hishashi Egawa (Hellsing Ultimate) and Ten Hirota (At the Mercy of the Sky) will direct the 3D animation. The Japanese voice cast includes Sayumi Suzushiro (Bloom Into You, We Never Learn) as KYLIE, Sayaka Nakaya (AKB0048, Momokuri) as KATE, Asami Seto (Chihayafuru, Food Wars!) as REONA, Hibiku Yamamura (Arata The Legend, Doreiku the Animation) as ZARA, Miyu Tomita (MADE IN ABYSS, Holmes of Kyoto) as CHIKA and Eri Yukimura (A Certain Magical Index Ⅲ) as EMMA.

The series will soon be available for the Winter 2019 simulcast season to stream on select digital outlets with a home video release to follow.