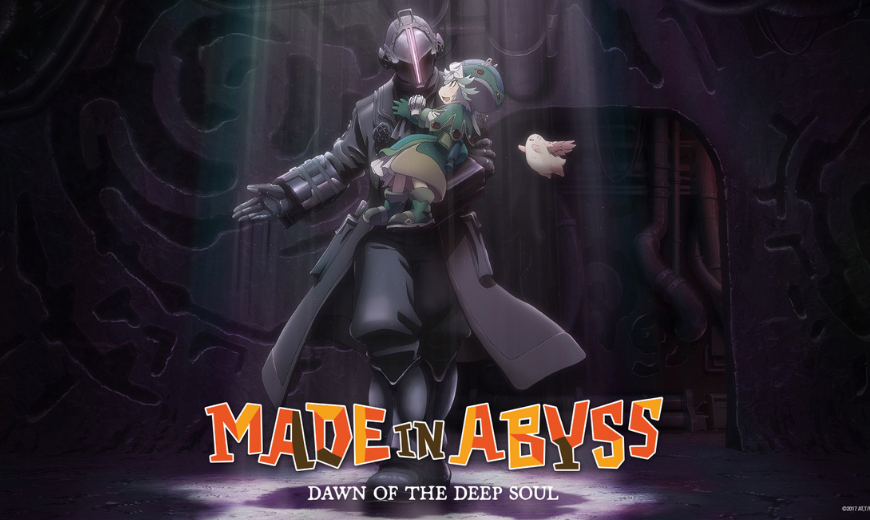 HOUSTON, TX – July 5, 2019 – Sentai Filmworks today announced that it acquired MADE IN ABYSS: Dawn of the Deep Soul, the all new motion-picture adventure that follows the critically acclaimed MADE IN ABYSS films and anime series. The new film is expected to hit US theaters in early 2020.

Dawn of the Deep Soul continues the epic adventure of plucky Riko and Reg who are joined by their new friend Nanachi. Together they descend into the Abyss’ treacherous fifth layer, the Sea of Corpses, and encounter the mysterious Bondrewd, a legendary White Whistle whose shadow looms over Nanachi’s troubled past. Bondrewd is ingratiatingly hospitable, but the brave adventurers know things are not always as they seem in the enigmatic Abyss...

Dawn of the Deep Soul is produced by Kinema Citrus. Masayuki Kojima (Revue Starlight, Black Bullet) returns to direct this next exciting chapter. Hideyuki Kurata (The Fruit of Grisaia, The World God Only Knows), scriptwriter and series composer for the MADE IN ABYSS series, pens the movie’s script as well. Also returning to provide the film’s music is Kevin Penkin (Norn9, The Rising of the Shield Hero), the Australian composer of MADE IN ABYSS’ evocative score.

Keep up with the latest MADE IN ABYSS news at www.madeinabyssmovies.com.