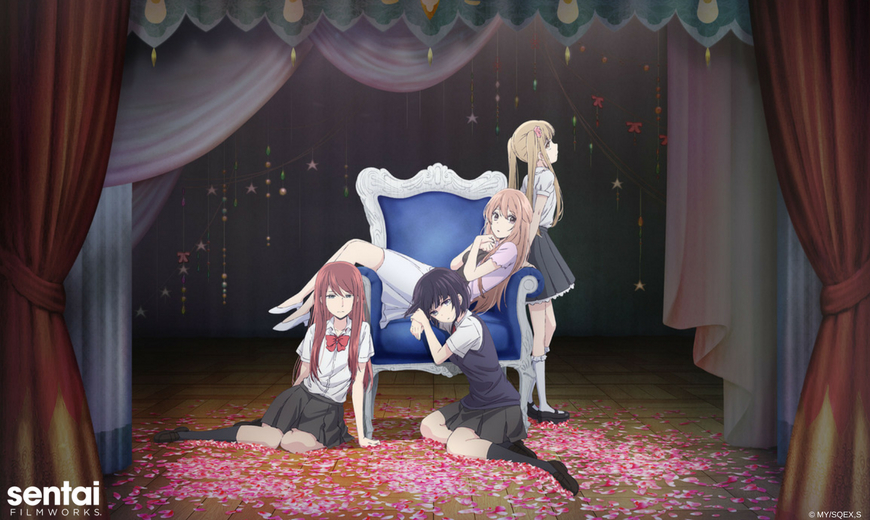 Adapted from the manga by Mengo Yokoyari, serialized in Square Enix's Big Gangan, the 12-episode series’ striking visuals, courtesy of Lerche (Monster Musume, School-Live!), envelope the story of young lovers who each ache for the unattainable, unreciprocated love of another.

At first glance, high school sweethearts Hanabi Yasuraoka and Mugi Awaya appear to have the perfect relationship and while the two enjoy each other’s physical companionship, they are merely using each other to feel anything other than pain as both Hanabi and Mugi are in love with other people. As this tangled web of emotions continues to ensnare others, viewers are exposed to the painful side of love, making this series often difficult to watch yet impossible to look away.

Sentai Filmworks’ releases will include an English-language subtitle version and an English dubbed version produced by Sentai Studios. The dub is now in production.