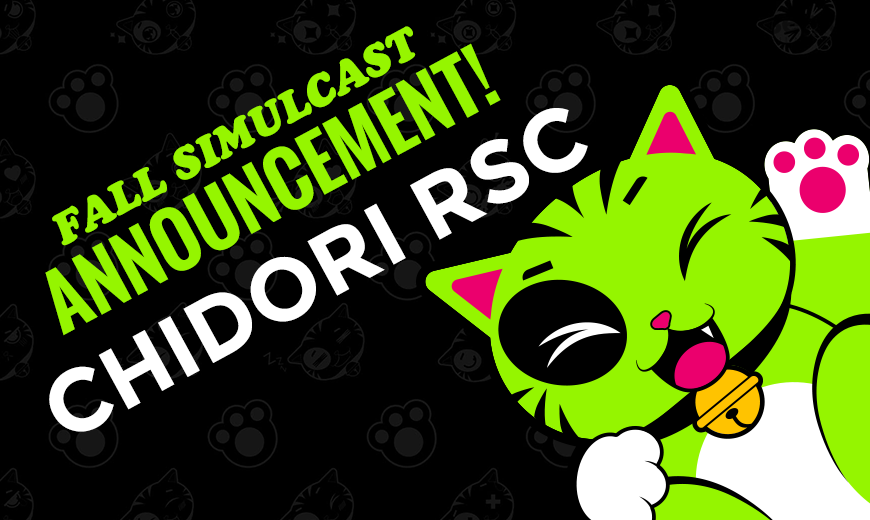 Hikari Kokura has a passion for competitive sharpshooting! To hone her skills, she enrolls at Chidori High School with the hope of joining their light beam rifle shooting club. Unfortunately for Hikari, the club has been disbanded due to lack of interest. Now it’s up to Hikari to recruit fellow students to re-energize the ranks and save the club. Otherwise, she’ll have to kiss her dreams of being the best markswoman around goodbye.

Chidori RSC is produced by Studio 3Hz (FLIP FLAPPERS, Princess Principal) and directed by Masanori Takahashi (When Supernatural Battles Became Commonplace, For Whom the Alchemist Exists) while Tatsuya Takahashi (And you thought there is never a girl online?, THE IDOLM@STER CINDERELLA GIRLS) provides series composition.

The series stars Machico (WorldEnd: What do you do at the end of the world? Are you busy? Will you save us?) as Hikari Kokura, Akane Kumada (That Time I Got Reincarnated as a Slime) as Izumi Shibusawa, Saki Minami (BanG Dream!) as Erika Meinohama, and Anna Yamaki (Hinomaru Sumo) as Yukio Igarashi. The aforementioned seiyuus have additionally formed the idol unit “Rifling 4;” they will perform the series’ opening theme song.

Chidori RSC will be available Fall 2019 to stream on select digital outlets with a home video release to follow.