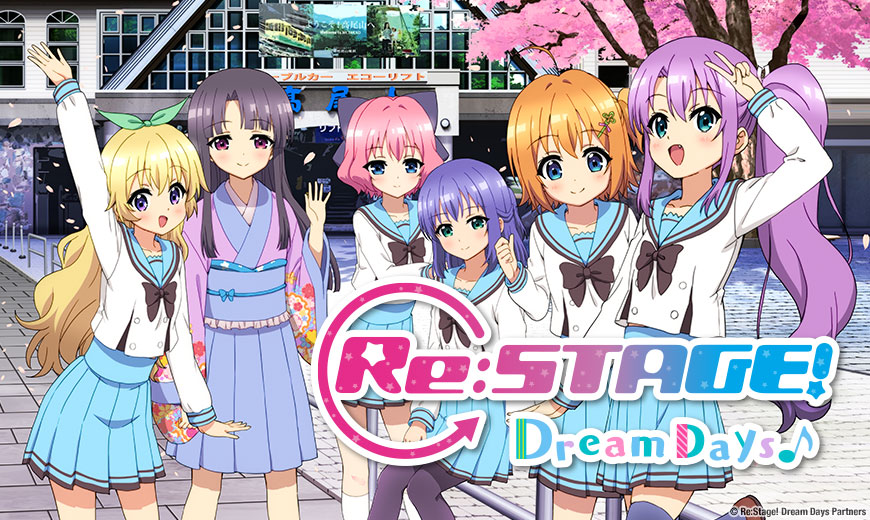 Young Mana Shikimiya once had big dreams, but she set those dreams aside once she reached middle school in order to live a normal life. When Mana joins the Singing and Dancing Club of Homareboshi Academy to help save the group from being shut down, her dreams of stardom are rekindled. She’ll give it her all to win the Prism Stage competition and be named the top idol. With her friends beside her, there are no dreams too big!

Re:Stage! Dream Days♪ is part of the multimedia Re:Stage! project from Pony Canyon. The series is the animated follow-up to the project’s popular mobile game, novel and music singles. Shin Katagai (Eyeshield 21) will serve as the anime’s director while Kohta Yamamoto (Blue Exorcist: Kyoto Saga) provides the series’ music.