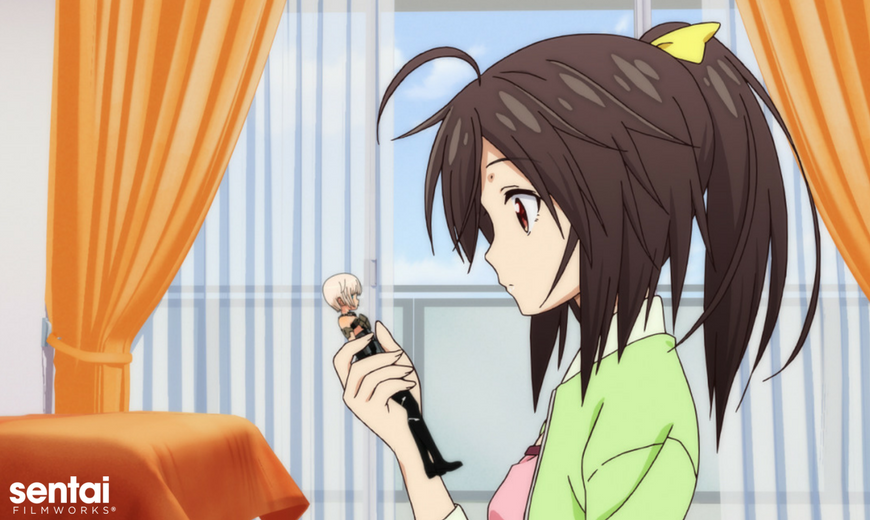 Ao Gennai, an ordinary high school girl, opens a package that was mistakenly delivered to her house. To her surprise, what lies within is a a small robot named Gourai, a Frame Arms Girl with an evolving personality. Ao discovers that Gourai is actually a newly developed prototype, and that she is the first person to activate her. Follow Ao’s antics as she learns the ups and downs of being Gourai’s owner ... which will include putting her into competitive fights!

Frame Arms Girl is scheduled for an April 2017 release in Japan. It will soon be available to stream on select digital outlets for the Spring 2017 simulcast season with a home video release to follow.