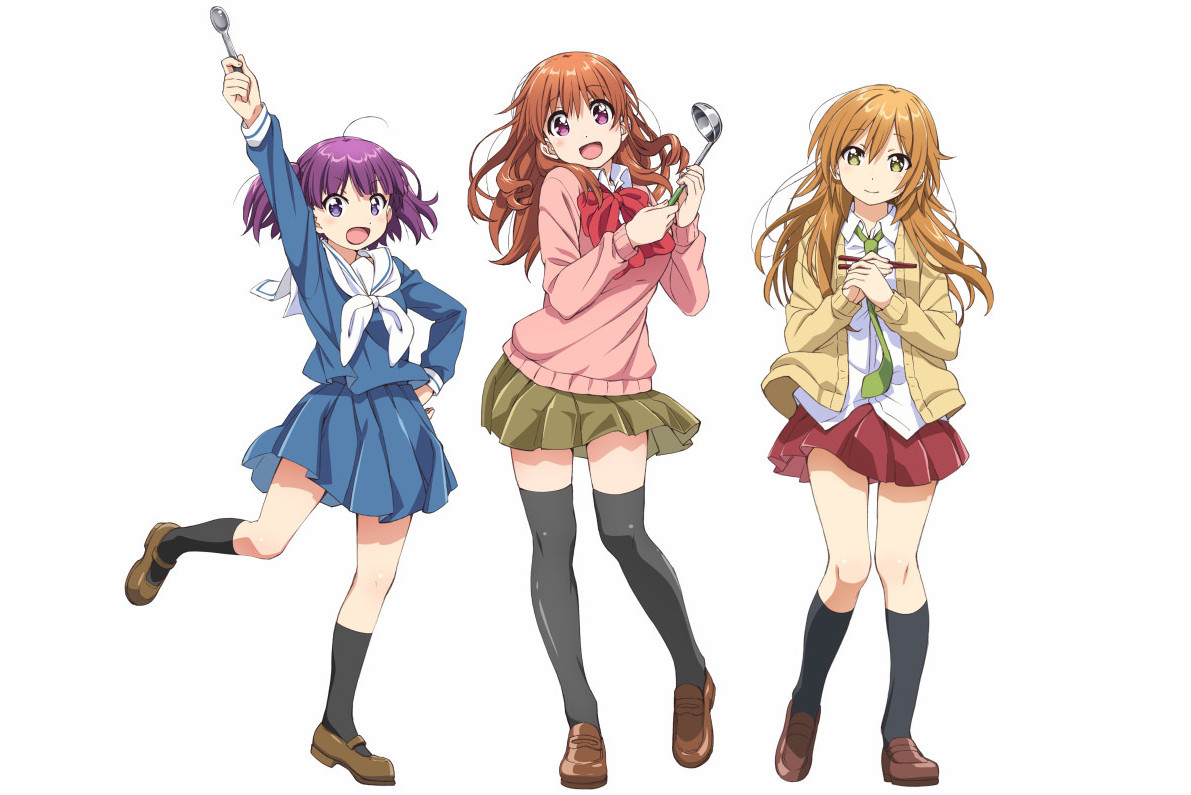 HOUSTON, January 9, 2015 – Sentai Filmworks is proud to announce its latest acquisition, Gourmet Girl Graffiti. Originally created by Makoto Kawai and with animation production by SHAFT, this food centric slice of life comedy series follows one girl as she creates memories with new friends through the magic of delicious food.

Take one part laughter, mix in a heaping portion of scrumptious cuisine cooked to perfection, add a dash of cute girls doing cute things, and you have the recipe of this season’s most tantalizing anime! In the kitchen: that’s where you’ll mostly likely find second-year junior high school student Ryo Machiko, cooking delicious food for her friends to eat. It has been said that there’s no sincerer love than the love of food, and she loves eating it just as much as she loves making it. When she’s not doing the typical things a pre-teen does, Ryo is honing her skills in the culinary arts for her friends, Kirin and Shiina.  If the way to someone’s heart is through their stomach, Ryo will certainly win the heart of anyone she feeds. So, sit down with a healthy appetite because you’ll want to sink your teeth into and come back for seconds when watching GOURMET GIRL GRAFFITI!

Gourmet Girl Graffiti will be available soon through select digital outlets with a home video release to follow.