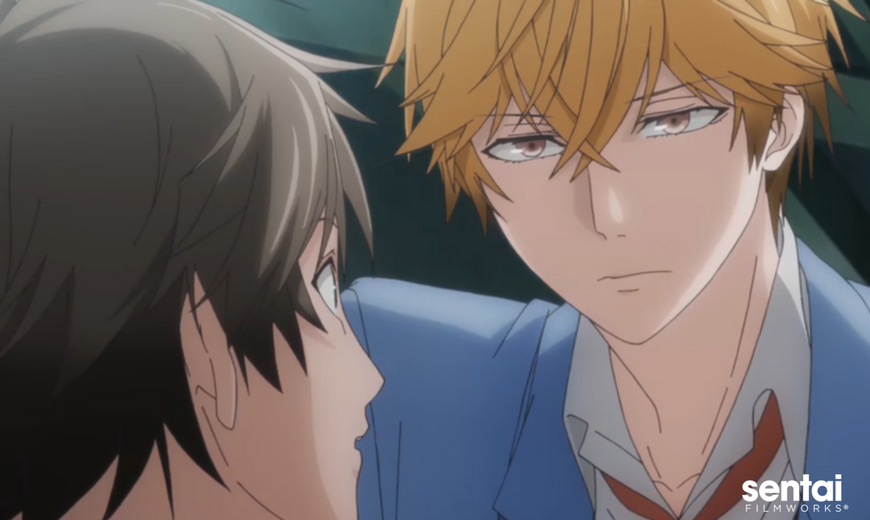 HOUSTON, JUNE 27, 2017 –Sentai Filmworks will be adding the boy’s love anime Hitorijime My Hero to its Summer 2017 lineup! The anime series, based on Memeko Arii’s manga of the same name, will begin airing in July 2017 in Japan. The series will be available to stream this summer in the U.S. on Anime Strike, the curated on-demand anime subscription from Amazon Channels.

High schooler Masahiro Setagawa is a fairly helpless delinquent, so much so that the neighborhood bullies use him to run their errands. His life changes when he meets high school teacher Kosuke Oshiba, a man whose fighting abilities have earned him a powerful reputation on the streets. Oshiba finds himself with a desire to protect Setagawa, and despite swearing that he’s not interested in men, Setagawa finds himself getting more involved in Oshiba’s  affairs…

Hitorijime My Hero will soon be available to stream on Anime Strike in the U.S., and available in certain countries through select digital outlets for the summer 2017 season, with a home video release to follow.