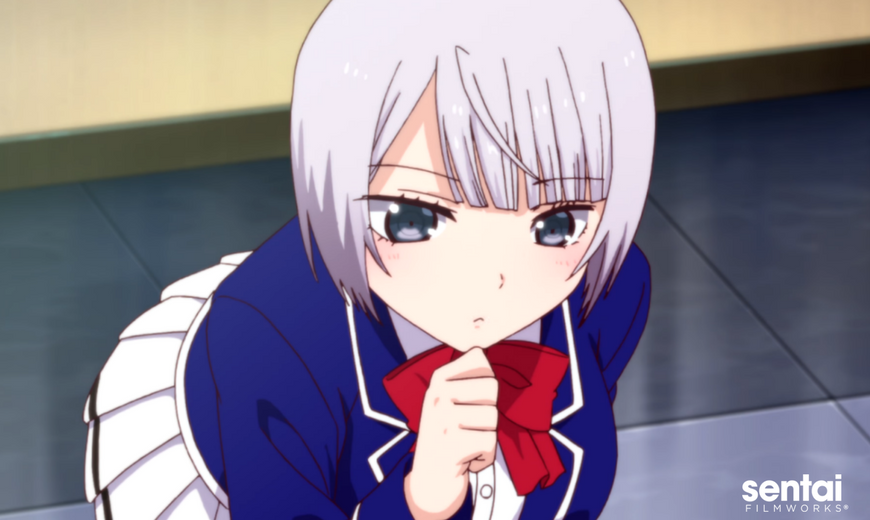 HOUSTON, TX, September 28, 2017 –Sentai Filmworks’ announced its newest acquisition for the Fall 2017 season: My Girlfriend is Shobitch. The series will soon be available to stream in the U.S. on Anime Strike, the curated on-demand anime subscription from Amazon Channels.

When high school student Haruka Shinozaki confesses his feelings to the beautiful and aloof class representative, Akiho Kosaka, the last thing he expected was for her to say “yes.” Like everything else in her diligent life, Kosaka takes dating quite seriously. In an effort to be a good girlfriend, Kosaka decides to meticulously study (and bluntly suggest) all manner of ways to keep Shinozaki sexually satisfied… in the theoretical sense, that is. This innocently lewd relationship is only just beginning!

Animation production for the series will be helmed by diomedea (Aho-Girl, Girlish Number, Squid Girl) and Studio Blanc. Nobuyoshi Nagayama directs the series, with Hideki Shirane (Is it Wrong to Try to Pick Up Girls in a Dungeon?) in charge of series composition.

My Girlfriend is Shobitch is scheduled for an October 2017 release in Japan. It will soon be available to stream on Anime Strike for $4.99 per month after a 7-day free trial, and available in non-US territories through select digital outlets for the Fall 2017 simulcast season, with a home video release to follow.