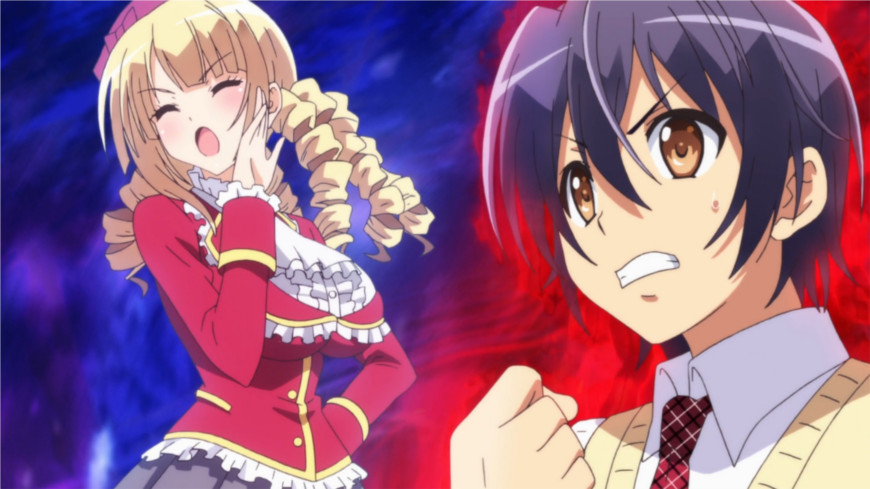 HOUSTON, July 9, 2014 –  The choices we make in life define who we are, but for poor Amakusa, his choices are forced on him and come with a world of troubles in Sentai Filmworks' latest acquisition, My Mental Choices are Completely Interfering with my School Romantic Comedy! This twisted comedy slice of life series is directed by Takayuki Inagaki (Desert Punk, Rosario + Vampire) with animation direction by Hiroyuki Saida (Campione!, Squid Girl), sound direction by Takayuki Yamaguchi (Another, Girls und Panzer) and animation production by Diomedea (Gingitsune, Polyphonica Crimson S).

Due to a strange curse called Absolute Choice, Kanade Amakusa’s life has turned into a “choose your own adventure game” from hell.  Series of options that seem designed to cause him the maximum possible duress and/or public embarrassment randomly appear in front of him, and if he doesn’t choose one he suffers agonizing pain.  Needless to say, his resulting bizarre behavior has already branded him as one of his school’s five worst social misfits, and things get even weirder when he chooses one of the strangest options yet: “Have a beautiful girl fall from the sky.”  Because not only does the adorable Chocolat drop on him like a bag of bricks, but she seems to have been sent to help remove the curse!  Only she can’t remember how because she has amnesia.  But it has something to do with missions he has to perform, and if he fails to achieve the objective of any of them, he’ll be stuck with the curse for life!  Prepare for the ultimate multiple-choice test, where even the best answers are usually horrifically wrong, as Kanade attempts to survive My Mental Choices are Completely Interfering with my School Romantic Comedy!

My Mental Choices are Completely Interfering with my School Romantic Comedy!  will be available soon through select digital outlets with a home video release to follow.