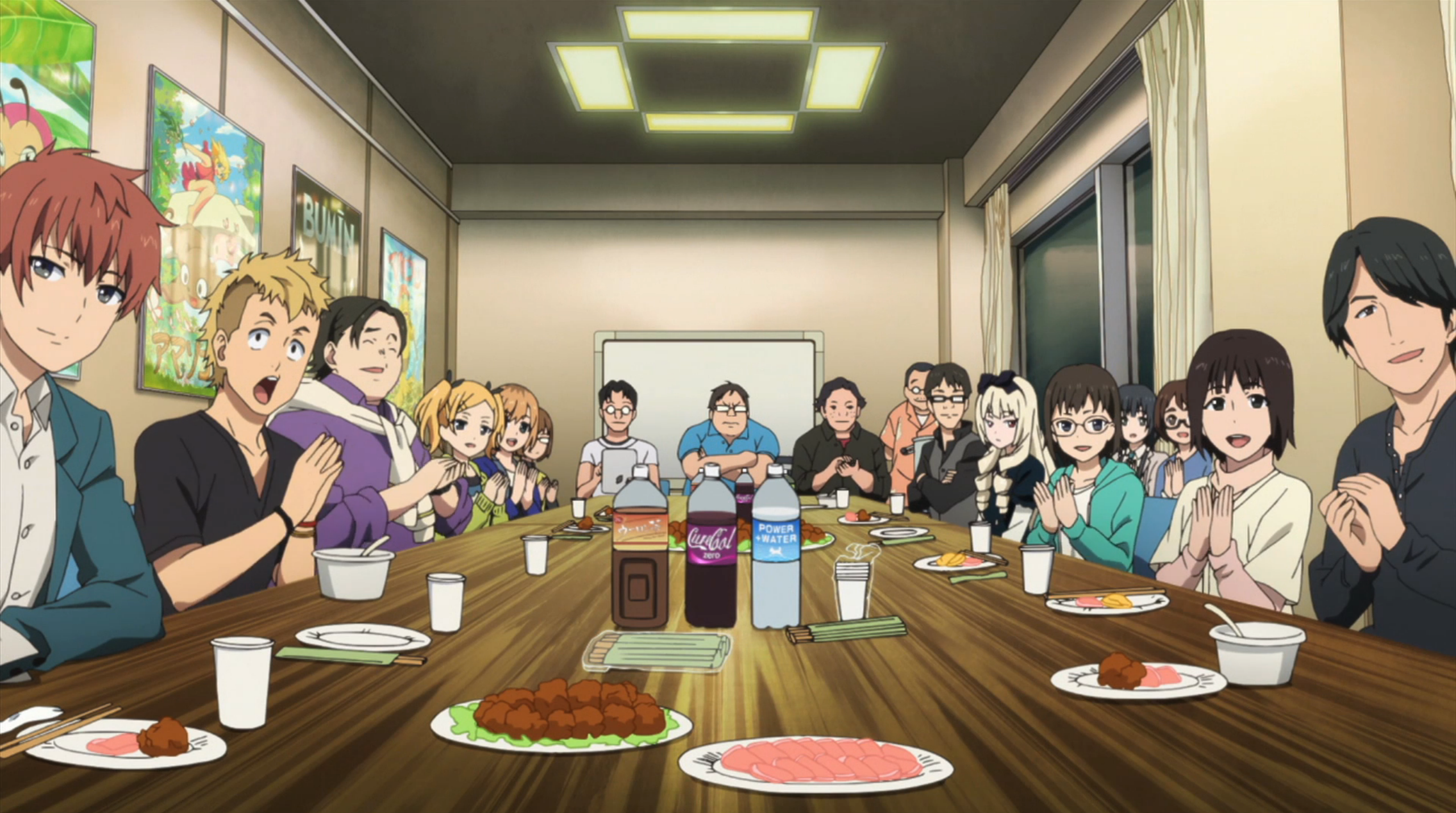 A group of young girls will follow their dreams to make an anime of their very own in Sentai Filmworks' latest acquisition, SHIROBAKO. This lighthearted comedy series about the trials and tribulations of anime production is directed by Tsutomu Mizushima (ANOTHER, Girls und Panzer) with series composition by Michiko Yokote (Genshiken, Princess Tutu), character designs by Kanami Sekiguchi (CANAAN, Tari Tari) and animation production by P.A. Works (Nagi no Asakura, Angel Beats!).

Aoi will never forget how she felt the day her high school animation club’s labor of love was shown at the cultural festival. The sense of awe and the feeling of accomplishment that came with completing their very first project are exactly what encouraged Aoi and her club mates to enter the animation industry in the first place. But two years later Aoi has graduated, and now that she works as a production assistant for a big-name animation studio, the daunting reality of her job has somewhat diminished her enthusiasm. Despite the long hours and the punishing schedule, Aoi still hopes to fulfill the promise she and her club friends Ema, Shizuka, Misa, and Midori made: to one day reunite and make a real animated feature of their own as professionals!

SHIROBAKO will be available soon through select digital outlets with a home video release to follow.