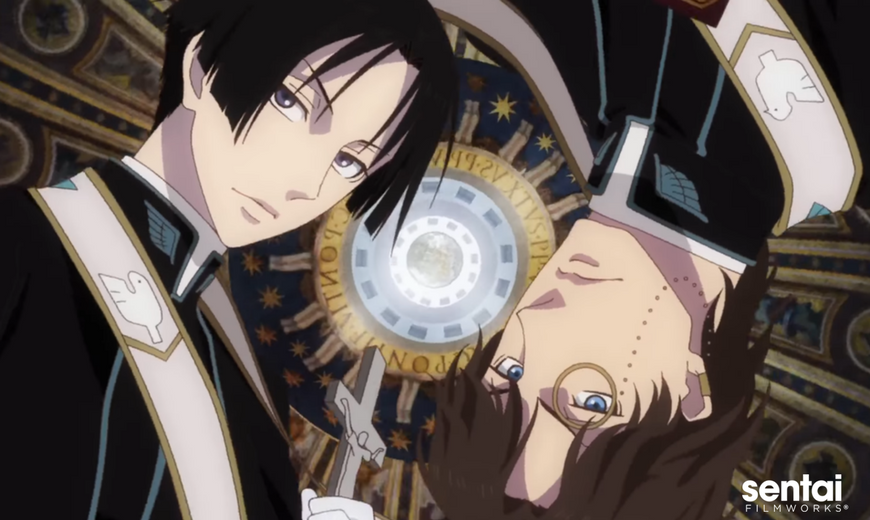 HOUSTON, JUNE 26, 2017 – Sentai Filmworks probes the mysteries of the holy city with its newest acquisition for the Summer 2017 season: Vatican Miracle Examiner. This mystery-packed anime series, based on the light novels of the same name by Rin Fujiki, will begin airing in Japan in June 2017. The series will be available to stream this summer in the U.S. on Anime Strike, the curated on-demand anime subscription from Amazon Channels.

In the heart of Vatican City, there is a secret organization dedicated to investigating reports of miracles. Robert Nicholas, an archivist and cryptanalysis expert, and Josef Kou Hiraga, a genius scientist, are members of the Assembly of Saints. As miracle investigators, they travel the world validating particular phenomena, only to uncover events tainted with conspiracy and deceit. With orders to find out the truth behind God's works, Josef and the fiercely protective Robert venture out into the unknown.

The series will be directed by Yoshitomo Yonetani (Food Wars!), with sound direction by Yoshikazu Iwanami (Girl und Panzer, Knights of Sidonia) and series composition by Seishi Minakami (No.6). The studio helming the project will be J.C.STAFF (Flying Witch, Is It Wrong to Try to Pick Up Girls in a Dungeon?).

Vatican Miracle Examiner will soon be available to stream on Anime Strike in the U.S., and available in certain countries through select digital outlets for the summer 2017 season, with a home video release to follow.